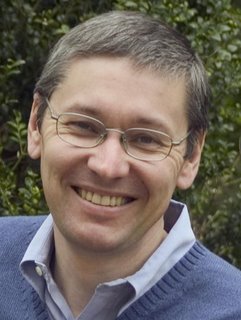 He wants the gas tax raised by $1 per gallon. (It’s already around 40 cents).

His reasons were roughly:

Here is my presently unanswered comment on his blog,

CaptiousNut said... Putting aside whether or not Mankiw's list of benefits is realistic or desirable, am I wrong, or wouldn't capping fuel efficiency at say 16 mpg achieve every single one of his objectives?

Of course it would deprive pols of tax money to squander, lavish on special interests, and redistribute. 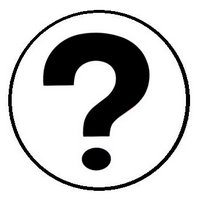 The professor thinks the only way to alter behavior is by taxing gasoline. As my comment illustrates - it clearly isn’t. But let’s probe his ridiculous article some more.

His first reason, "The environment" centers upon global warming. I don’t want to indulge this argument now since it’s been debunked aplenty on my blog. Human induced global warming is light years from established fact, it’s all at once a pathology, a religious superstition, and a trendy climate theory.

Since 1895, the media has alternated between global cooling and warming scares during four separate and sometimes overlapping time periods. From 1895 until the 1930’s the media peddled a coming ice age.

Check out 2), directly from Mankiw’s article.

Road congestion. Every time I am stuck in traffic, I wish my fellow motorists would drive less, perhaps by living closer to where they work or by taking public transport. A higher gas tax would give all of us the incentive to do just that, reducing congestion on streets and highways.

Did you get that? Traffic is a personal burden to Mankiw. Perhaps we should all clear the road so he doesn’t get bogged down. Everyone else is inconsiderate and needs to live closer to work or take the bus. What unabashed snobbery. When you are mired in traffic, do you just think "Boy, gridlock sucks" or do you start hating on nearby drivers? If you fall into the later category, congratulations, you have solid elitist potential!

There are plenty of homes in Cambridge, yet Mankiw lives in Wellesley, a nearby town not very well connected to Harvard via mass transit. He’s actually my neighbor but we don’t hang out much.

The Corporate Average Fuel Economy (CAFE) regulations in the United States, first enacted by Congress in 1975, exist to regulate and improve the average fuel economy of cars and light trucks (trucks, vans and sport utility vehicles) sold in the US in the wake of the 1973 Arab Oil Embargo.

But in his article, Mankiw fails to make the childishly obvious point that fuel efficiency does the very opposite of what his $1 per gallon gas tax aspires to. More specifically, fuel efficiency makes driving cheaper, and encourages more drivers living far away to descend on Greg’s path and retard his commute. While ignoring the obvious issue with CAFE, Mankiw instead chose to blame it for the dreaded SUV, bogeyman of Morons everywhere. Then his last sentence under this point was a doozie.

A higher gas tax would accomplish everything CAFE standards do, but without the adverse side effects.

What? It endeavors the OPPOSITE of what CAFE standards are supposed to do. His tax would raise the cost of driving, whilst CAFE seeks to lower it. How then can the tax possibly "accomplish everything CAFE standards do"?

Can this really be a Harvard economist?

He’s caught in the quandary of today’s self-righteous environmentalist. For them, the little car is the mandatory badge of Earth-love, but they also want to inveigh broadly against driving. Unfortunately, little cars enable people to drive cheaply, live far from work, and perhaps even frustrate a tardy professor’s commute.

It’s one thing for the typical pot-smoking, trust funded, government working, tree hugger to juggle such hypocrisy and illogic, but quite another for an economist at our most esteemed college. The hippie can wallow quietly in their ignorant mysticism, but a professor at Harvard, at some point has to formally articulate his beliefs.

(Yeah, me too. I also wish the hippies actually were quiet.)

Reason 4) The Budget. After accurately identifying our budgetary albatrosses (Social Security and Medicare), Mankiw posits says that his gas tax would "make a dent". First of all, why not fix the problems directly? I hesitate to even dignify further this non-argument. By this logic, because the government is profligate and makes promises it can’t keep, then any new tax is kosher?

Tax incidence. A basic principle of tax analysis -- taught in most freshman economics courses -- is that the burden of a tax is shared by consumer and producer. In this case, as a higher gas tax discouraged oil consumption, the price of oil would fall in world markets. As a result, the price of gas to consumers would rise by less than the increase in the tax. Some of the tax would in effect be paid by Saudi Arabia and Venezuela.

Don’t worry consumers, it really is only an 85 cent tax. Saudi Arabia and Venezuela will pay 15 cents of it. Don’t you feel better now?

Now that’s it. That is his entire discussion of tax incidence. Apparently higher gas taxes won’t raise the cost of food, shipping, furniture, a plumber’s visit, or anything else. Just 85 cents for you and 15 cents for Hugo and Prince Muhammad. What a joke.

Mankiw’s blog is nauseatingly riddled with discussions of progressive taxes and the Commi-speak “income inequality”. A google of his fledgling blog already turns up 21 posts on the latter.

Yet when it comes to taxes that might free up his personal roadways, he forgets all about lower income folk. A $1 per gallon tax on gasoline obviously hurts the poor disproportionately since fuel costs represent a larger percentage of their incomes. Apparently his compassion has an on/off switch.

Economic growth. Public finance experts have long preached that consumption taxes are better than income taxes for long-run economic growth, because income taxes discourage saving and investment. Gas is a component of consumption. An increased reliance on gas taxes over income taxes would make the tax code more favorable to growth. It would also encourage firms to devote more R&D spending to the search for gasoline substitutes.

Apparently, since we all should simply be resigned to higher taxes, Mankiw thinks that just because a consumption tax is better than an income tax he has posited an argument for taxing the bejesus out of gasoline. This is typical False Comparison disputation. I am quite certain that Economic growth would be better behooved by leaving the gas tax alone or dare I say, reducing it. Greg compared one evil to a greater one. What scholarship! 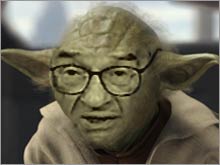 National security. Alan Greenspan called for higher gas taxes recently. "It's a national security issue," he said. It is hard to judge how much high oil consumption drives U.S. involvement in Middle Eastern politics. But Mr. Greenspan may well be right that the gas tax is an economic policy with positive spillovers to foreign affairs.

A Greenspan quote? Is that supposed to bring gravitas? Here's what this is. Greg wanted to trot out his own personal conspiracy theory of oil consumption subsidizing "Middle Eastern politics" - whatever the heck that nebulous animal is. BUT, he lacked the stones to say it himself and opted to mask his tripe in a quote from Yoda.

Anyway, combine Greenspan’s "It’s hard to judge" with Mankiw’s "...may well be right..." and all you’ve got is empty weasel-speak. 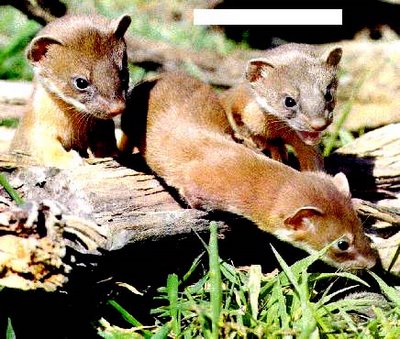 Mankiw concludes his vapid prose with an inanity quite on par with the preceding ones.

Even after a $1 hike, the U.S. gas tax would still be less than half the level in, say, Great Britain, which last I checked is still a democracy.

What is that a fourth or fifth grade argument? I have been out of school so long and standards seem to have deteriorated, so I just can't tell these days.

Americans hate taxes not because they think infrastructure and security are costless, but rather because they know pols simply waste it on pork, redistribution, elitist utopian dreams, and the corrupt solidification of their own incumbency.

Make no mistake, the Big Government socialists control the debate. Tax debate in this country is wholly centered upon class warfare and how high taxes should be. Ideally, WSJ editorials from alleged capitalists would take aim at how to more efficiently run government with the plentiful monies it already confiscates.

Hillary Clinton wants to use the money to fund alternative energy development.

And now Greg Mankiw wants to use the money to pay down the deficit.

CaptiousNut said... Putting aside whether or not Mankiw's list of benefits is realistic or desirable, am I wrong, or wouldn't capping fuel efficiency at say 16 mpg achieve every single one of his objectives? Of course it would deprive pols of tax money to squander, lavish on special interests, and redistribute.

Even though Greg has deigned to respond twice in the comment section of his post (which may be a record for him), he predictably hasn't responded to mine - nor has anyone else.

It was a bit of a rash overstatement on my part to say that capping fuel efficiency would achieve "every single one of his objectives". The thrust of my criticism was towards, I guess really the only legitimate objective - dampening congestion (ignoring its supercilious presentation). Since every commenter has ignored his cockamamie suggestions that a higher gasoline tax would pacify the Mid-East, pay down the budget, grow the economy, etc., I was not alone in centering my initial criticism on the congestion angle.

Gasoline is by its very essence, a tax on driving (and the economy).

So what really causes global warming? Is it the little car or the 6mpg recycling truck? 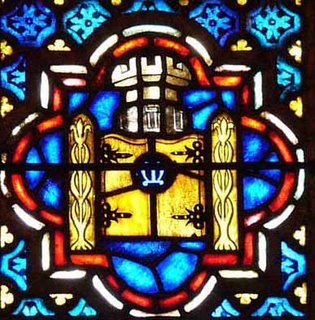 Just about every thing on this planet has negative externalities but if you listened to denizens of the ivory tower, they'd have you believe that only SUVs had them.

Incredibly, positive externalities only get mentioned when these guys are talking about themselves.

Posted by CaptiousNut at 8:45 PM

I can't believe Mankiw is teching his crap to the students at Harvard. Why is he even recognized as an economist? The guy is clueless.

And don't forget he's a "capitalist".

Why are organs of the right-wing conspiracy like the WSJ even giving him exposure?

They probably paid him to boot.

Sadly, our media landscape today is characterized by the subjugation of substance by platform.

A capitalist who doesn't practice capitalism, nor understand capitalism. There are two such "gems" at Harvard: Mankiw and Feldstein.

A tax on gasoline would be the same as a tax on WalMart, or Gap, or your local grocery store, etc, etc. The underlying economics is so simple and obvious. Yet, the Harvard "economics" professor couldn't see it. What kind of brand of economics is he trying to paddle?!

I am surprised that nobody submitted a rebuttal to the Journal. Probably because everybody is too busy making money! LOL

you are a complete jackass and an imbecile. just because you don't understand economics doesn't mean you need to disparage others. get a life.