Do A Credit Check On Your Landlord 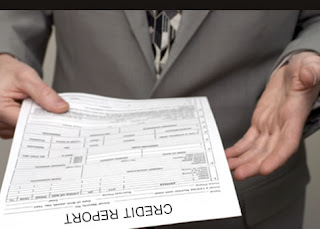 I happened to run into a young lady who was the previous tenant of my current landlord. She told me that the guy essentially wouldn't return her security deposit.

After three full months of pleading, she received back $600 of the $2,000 she put up when signing the lease. He said she clogged the septic system and it cost $1,400 to repair.

Question: How can it be determined whether the septic failed because it was a sh*tty, poorly installed system or through some negligence of the tenants flushing?

Answer - It doesn't matter. You are at the mercy of the landlord and whatever he says (makes up).

Now before I even signed my lease with this guy I knew he was in financial straits. He was trying to sell this particular house we rented for over $1 million but I knew from researching the area that it wasn't worth a nickel over 700k. Furthermore, he candidly told me that he owed $1.2 million in mortgage debt on the property AND that he owed $1.8 million on his abode. I Zillow-stalked him a bit - meaning I researched the size and value of his other house and learned that it also was worth much less than its debt load. And it suffices to say that every other bit of info I discovered about this guy literally screamed that he was tapped out and broke. So I knew what I was getting into from the get-go.

The guy wanted "first, last, and security" upfront - $7,500 ($2,500 in monthly rent). We signed the lease and Fedexed it to him with our check on July 3rd. On July 5th, the guy literally called me four separate times asking where the check was. I said, "Hey buddy, settle down. Yesterday was a holiday. If it's not there later today, it will be there tomorrow or the next day. We aren't moving in for a month. What's the big deal?"

Don't think for a moment this guy deposited the money in an escrow account as the more professional landlords would do. He obviously needed it to pay his personal bills forthwith.

Renting from this guy was making me more nervous by the second and we had a month yet before we moved in. Once we did, he effectively only had $5,000 of our money that we could lose. Since we would not be paying rent again for our "last" month, he would effectively only have $2,500 to hold over our heads. My wife remains very concerned about this clown we rented from - especially after I just relayed her the conversation I had with the previous tenant. I had to remind my wife that our monetary risk was a mere $2,500 and that I lose that kind of money in split-seconds trading. Everything one ever does has financial risks. The trick is to stay on top of their probabilities and magnitudes.

It also goes without saying that the landlord always takes on more risk than the renter who could just stop paying rent at any moment. In most states it will take many months for a landlord to get an eviction notice executed on a non-paying tenant. I could very well decide not to pay my penultimate month's rent - as well as the "last" month's - and leave the landlord with effectively no security deposit to withhold. I'll cross that bridge when I come to it.

Outside of the security deposit, tenants still bear other risks while renting from a bankrupt landlord. For one thing, he'll skimp on maintenance. I already noted that I have a fire hazard of a chimney that my landlord won't deal with. There's also the general issue of having a business relationship with anyone who is losing their shirt. They'll be understandably ornery. I once worked for a guy who was losing millions in his own trading accounts. The bastard took it out on me and that effectively ended our partnership. I don't know that most people have ever seen acquaintances, friends, or colleagues lose their entire livelihood via bankruptcy but I can assure them, it's nothing you want to be a party to. It doesn't matter whether the outcome is bad luck, tragic, or even due justice. I guess just as waiters and bartenders tend to over tip, as a trader well-accustomed to losing money, even when some people that I loathe have gone broke I feel for them.

My landlord is a phenomenally nice guy. He does just about everything he can for us but financial realities are tough to overcome with a smile. I'd be really surprised if our rental/business/personal relationship didn't deteriorate rapidly over the next few months. I've just seen this movie too many times.

Even if I lose some money, some hair, and some sleep by renting from an over-leveraged landlord, the hassle will be well worth it for the attributes of our abode and the tens of thousands of dollars I am saving by staying short the housing market for another year. That calculation was made back in July during my "credit check".

My initial assessment hasn't changed a lick. Put your helmet on. Real estate nationally is going to start looking like Florida in the not too distant future, i.e. 40% retracements from its high price point.

Nonetheless, if you are going to rent from a novice landlord, you might want to spend the $20 and run a credit check on them before you sign anything...
Posted by CaptiousNut at 1:56 PM