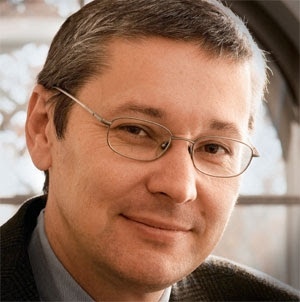 Guess what the Harvard professor did, he disabled comments from his blog posts!

The guy couldn't take criticism so he did what all small-membered tyrants do, he banned it.

If you remember, first he tried to stifle negative feedback under the ruse of regulating civility.

I haven't been following or commenting on his blog for quite a while, so alas, I can't take much credit for his capitulation. Read one of his explanations:

I just don't have the time to police comments and enforce good behavior, especially since some posts were generating more than 100 comments. And I don't want to host a party in which a small vitriolic minority consistently tries to ruin the event for everyone else. So I decided to turn the comments feature off.

There you have it, intellectual minorities are not welcome by the effete majority at Harvard. Diversity must remain only skin-deep.

(The guy didn't just "disable comments". He deleted all of them from old posts too!)

FLASHBACK Here is my favorite Mankiw post. It's a good thing I preserved the exchange with screen shots.
Posted by CaptiousNut at 10:47 AM

This post brings back fond memories... of last night. Yes, it was last night when tears of joy came to my eyes. I was knee-deep in an explanation of why getting a "Masters in Public Health" would not alleviate any of the problems of the health insurance/health care industry, and why it would most likely simply serve to further aggravate current problems. Of course, the girl I was explaining all of this to was still on emotional override and most of what I was saying was probably blocked out by her one-track mind currently playing "Save the World, Save the World, Only You Can Do It." Somehow, the name Greg Mankiw came up, and one of the other guys there blurted out "Man, I hate that guy! He's such an idiot. His number one lesson in economics is 'people respond to incentives.' Well no crap! That's what an incentive is, it's something a person responds to."

I damn near jumped out of my seat! "Oh man, I hate him too!" and we spent the next 10 minutes discussing what a worthless, hypocritical imbecile Greg Mankiw is.

It's so funny that he removed comments from his blog. Just further erodes any base of substantiation he had for anything he says.

I'm telling you C, we could start a group blog and just take turns demolishing every one of his posts. The only problem is we'd never have time to do anything else, like delete comments on our blog that contain disagreement with what we say! Priorities, you know? You have to balance your responsibilities... not only do you have to make time to share your infinite wisdom and talent for saying nothing whatsoever, but you also need to find time to silence the voices of derision who point out exactly what you're doing and call a spade a spade.

By summarily deleting all comments ever posted on his blog he essentially gave a big "F-U" to every little nerd that took the time to compose a comment and contribute to the dialogue. I'll bet a lot of them are really pissed.

I sent Greg an email too. I really hope he responds.