And Don't Order A Water At The Strip Joint

In the comment section of my previous post - Marginalizing Men Who Brunch, Taylor mentioned that he was dutifully taking notes in the hope that he would one day be a real man. This reminded me of these great beer commercials:

Though my favorite - not shown - was the one where the guy got caught sneaking a peek at his wife's soap opera.

Recently my metrosexual brother was visiting. We went to some bar, a typical Boston-type pub in Scituate on the water and he proceeded to order, "a tea with honey and lemon". I almost reached across the table and cracked him myself!

There was a guy in my trading pit in Philly who was notorious for ordering effeminate lunches such as salads with "...do you have a raspberry vinaigrette?". This wuss would order sandwiches and instead of adding manly hot peppers he'd whisper into the phone, "Can you put sprouts on that?" This guy, just like in the commercial, was always soaking the grease off his pizza as well - I kid you not.

There isn't so much a defined list of what a real man or a real woman should do. It's more like a catalog of prohibitions - like men shouldn't brunch and women shouldn't fart, EVER. 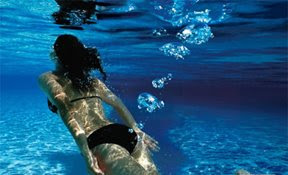 Posted by CaptiousNut at 8:35 AM