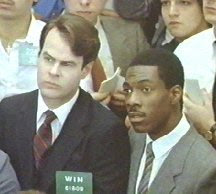 First prime yourself with my March and April Trading Updates.

So what have I done recently?

Well, I pared my Google down to its original size.

I added to my UltraShort Real Estate ETF position at $86.67 - currently trading at $87.17. My cost basis is around $91.00, so still slightly underwater. The recent run-up in its largest component, Simon Property Group, which I am also short outright, has been the culprit for my SRS loss.

I also initiated a small short position on the NASDAQ. Essentially, I shorted the QQQQ at $48.49 - it's currently trading at $48.17.

As y'all can see, I haven't been doing much trading or blogging. When the (relatively speaking) warm weather breaks in New England, I spend an inordinate amount of time outside for any reason whatsoever: golf, yardwork, the beach, and taking my kids to the playground. People think the spring and the fall are so euphoric up here but that's not really true.

It's just that the 5 month winter is that dour! 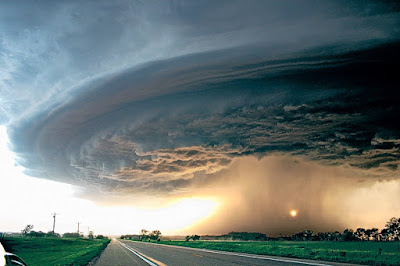 The overall economy is foundering. Forget whatever the headline GDP numbers are saying. Tax receipts are falling nationwide. Credit card usage is way up. And an astounding 18% of workers are currently borrowing from their retirement accounts. Of course gasoline is pushing $4 a gallon and the housing market is still spiralling down the toilet.

And note that I have been periodically shorting Fannie Mae, Capital One Financial, Citigroup, and Wachovia.

There are so many systematic risks to the American financial system, I don't know how anyone could own a single bank share. There's the possible debt spiral from the death of municipal bond insurers Ambac and MBIA. There's the mortgage crisis - subprime, Alt-A, and jumbo varieties. There's a HELOC bomb on the books of most banks. These "Home Equity Lines Of Credit" are trading at 10 cents on the dollar in the open market, yet the banks are marking them on their books at near par value. For example, Wells Fargo has $84 billion in such toxic debt on its books. Bank of America has over $100 billion. If these banks were forced to mark HELOCs to market, they'd be bankrupt. This stuff really scares me and it should worry you too, unless you have no savings to fret over!

Mind you, HELOCs alone are a big enough problem. I haven't even gotten to commercial real estate, credit card debt, student loans, the so-called auction rate market, or the generalized pain that accompanies a recession.

If you want to read more on the banks' debt bombs, start reading Mr. Mortgage.

If laziness prevails, you can watch him on youtube as well.
Posted by CaptiousNut at 11:50 AM

Buck up buttercup. Stop whining about the weather. I have never heard anyone complain about NE weather as much. Its not like you live in Nome Alaska or something.

I take it you grew up in some pansy ass warm place. Take up Skiing, snowmobiling, ice fishing, or similar to gain an appreciation for the cooler temps.