They aspire to live here. 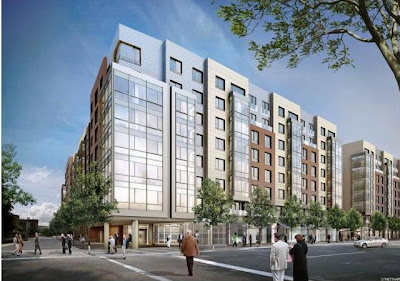 If exclusivity is everything in luxury real estate, 303 Third Street, a cooperative of new apartments in Cambridge, Massachusetts, represents something of a coup: Only faculty, staff or alumni of MIT, Harvard or Massachusetts General Hospital (included for its research ties to both universities) may buy apartments here. According to Bob Simha, former director of planning for MIT and one of the principals behind University Residential Communities at 303 Third, the goal is to create "an academic community, a place for people with shared cultural interests and an affinity for the intellectual life."

"It's for like-minded people connected to a university," says John Cetra, describing his design of the building's interior and amenities, which will include a library with an eco-friendly fireplace, a club room outfitted for lecture series, a round-the-clock concierge and a fully staffed private dining club.

"We're facing a group of Nobel Prize winners and university presidents," recalls Cetra. "This was not a golf community. The questions were not just what's the color of the carpet, but what are the chemical emissions from the carpet? How many air changes per minute in the bathroom and kitchen? I was taking questions from the world's authority on off-gasses from paint. It was an educated buyer." 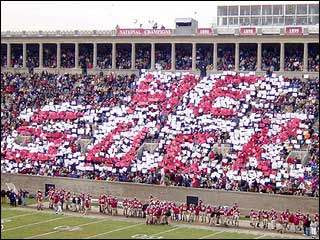 So much for diversity!

Note that these are "educated buyers" - they aren't the Cro-Magnon Morons who inhabit "golf communities"!

These smug bastards just ooze with condescension AND bigotry. One of the only justices in this world is when I get a hold of such an elitist at a social event and decided to patronize the sh*t out of them. I'm quite good at it too - if I do say so myself. My best Marginalizations are always live and in-person.

These like-minded scumbags have never shirked from coercing others to assimilate via ethnic quotas, sensitivity training, affordable housing mandates, etc. but obviously they are different special. For example, here's a 2002 Harvard Crimson editorial on Augusta National's male-only membership policy:

"Morally repugnant"??? ....at least it is when rubes, NASCAR fans, and the rest of us Morons decide to self-segregate.

With the Harvard/MIT pedigree mandate and units priced from $465,000 to $1.5 million, 303 Third Street will be a veritable monument to hypocrisy.

If and when this project gets built and completely sold, I have to remember to go up there, infiltrate the "gated community", and do a minority headcount.

Having gone to one of those schools, hearing of this disappoints me. Do as I say, not as I do - total BS.