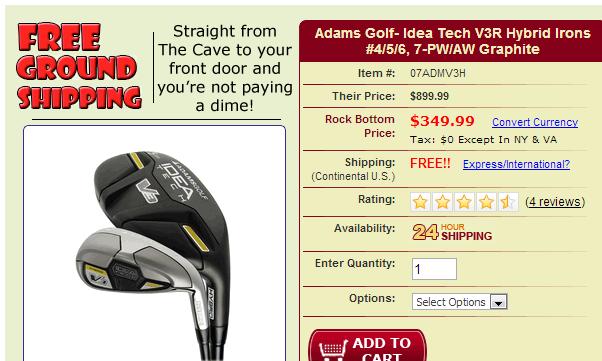 Despite 40 years of experience and an athletic background, my father is a terrible golfer - a 29-handicap!

But that's what happens when one never practices, never studies the golf swing, won't experiment, etc. And now old age is afflicting his game too.

He told me that he recently bought new clubs. Yeah, that will help!

He ordered the clubs you see above from Amazon for $700.

I told him he had no business spending that much on clubs and that mine, top-of-the-line Titleists, pre-owned, and 6 years old cost me only about $180.

Then it got ridiculous.

He claimed that he *got screwed* because the irons came and bore a price tag of $600.

I asserted that he was not passively screwed, that he in fact SCREWED HIMSELF for not shopping around.

Obviously, someone is acting like a reseller on Amazon. They are advertising things marked up from where they know they can buy them....and hoping for suckers that don't know how to Google!

I did a 2-second Google on my cordless cellphone and found the same exact set for $350 (see above).

But I could not, I'm sure, make a dent in his staunch belief that he had been victimized.

Changing the topic, slightly, I proceeded to berate him for ordering clubs online that he had not tried out first.

In his mind, after 40 years of golf, he maintains that it's impossible to try out clubs before you buy them. Now, understand that due to its 5-month golf season, Massachusetts does not exactly have many golf stores with indoor practice ranges. There are some, but very few.

But his lack of resourcefulness was appalling. I told him that when I was driver shopping, I simply scanned the range for people with decent looking clubs....and I asked if I could take a few whacks. No one has ever said no. Of course pro shops let you do this too. They put tape on the club, you try it out, and then go buy it somewhere else where its cheaper.

Oh....what are you going to do. My parents pinched every penny for years and now that they have a little they spend it like it's water.

What I've realized is that there are 2 categories of cheap people.

In the first are people that are cheap by necessity - i.e. they don't have any money.

And in the second are those that are cheap because they appreciate the value of money.

(Probably a third category of mentally ill misers too....)

The problem inherent with income-strapped pinchers is that they also get used to spending nearly 100% of what comes in. So new money (Social Security, mortgage paid off, inheritance, etc.) simply burns a hole in their pocket.

Posted by CaptiousNut at 11:44 AM No comments:

Thanks to reader,....let's call him "AnotherSlab", for this one!
Posted by CaptiousNut at 9:17 PM 1 comment: 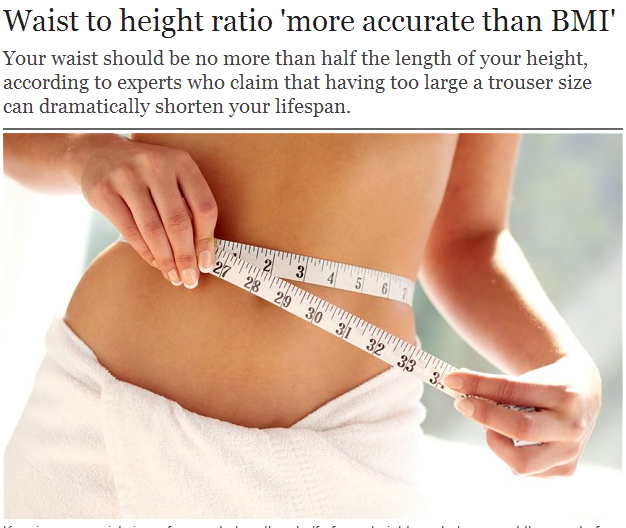 Long-time readers will recall that it was in fact me who:

2) That I was the one who came up with the idea for the "scoopable Tostito".

3) That it was my idea to for a male cologne that smelled like the Beach.

And now this - dumping the BMI for a simple physical length ratio?

My college buddies will concur, that 20 years ago I coined and utilized constantly what should most certainly have been, a Pulitzer-Prize-winning metric very similiar to this...

But I called it the "T-A ratio" instead.

And the higher the ratio....the better!

Posted by CaptiousNut at 9:24 PM No comments:

I Can Blame Everything On Schools... 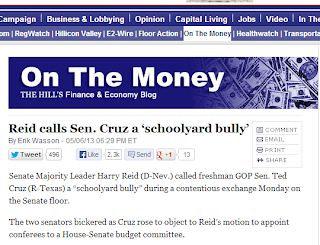 I don't know who Cruz is, but he appears to be some upstart whom the thugs will most certainly smear, relentlessly to the point of Marginalization. This is what they do with any potential rival. And quite frankly, they seem to be undefeated thus far.

I've had thug-supporting, eco-pagan socialists call me that before in arguments, political arguments. (I was insisting too much on facts, logic, etc.)

Remember how they, and I mean Big Media constantly referred to GWB? 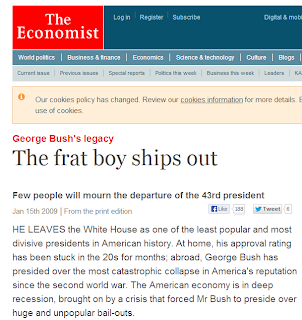 Why isn't that a form a bigotry? Why is it okay to impugn frat boys?

All this, and I've said it before on this blog, I believe goes back to *school*. That's where the jock/nerd divide begins.

Yeah, and as if confiscating people's money, jamming through legislation, and buying off whole constituencies with said money isn't bullying...
Posted by CaptiousNut at 8:29 AM No comments: 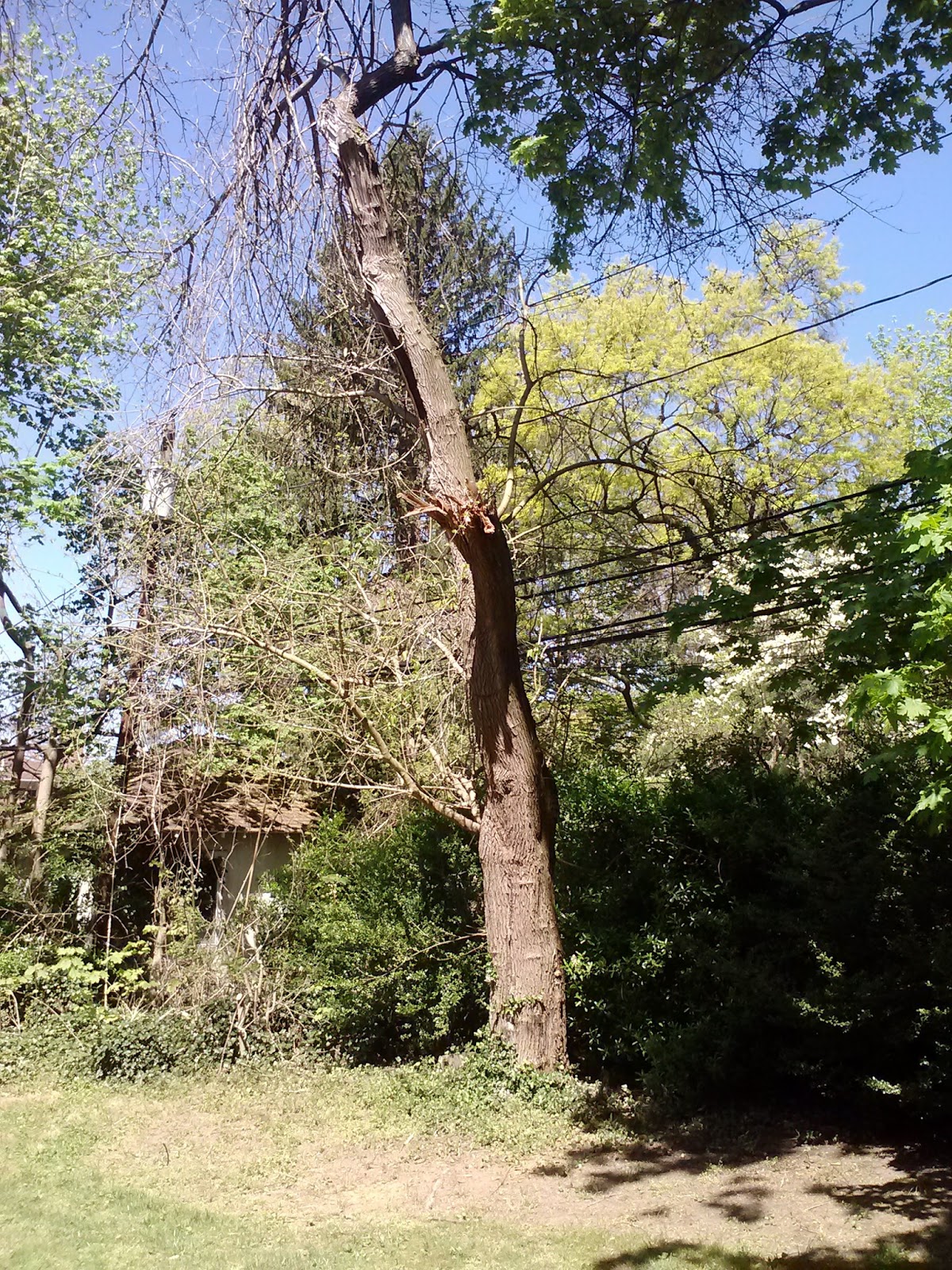 This old mulberry tree in our backyard has been ravaged twice by storms in the past few years - most recently by the post-Sandy snowstorm. It's time for it to go.

I do have that new chainsaw (16 in?) and have thought about felling it myself.

But do you see all those wires behind it?

AND it is technically illegal to cut down a tree in your yard (yes!) in our town.

In fact one family begged to cut down a tree in their yard, for years, but the town wouldn't let them

Guess what, it crushed their house during hurricane Sandy! They are suing, naturally.

I imagine if I tried to do it myself and took out the power lines for the whole neighborhood....I'd be in a heap of $hit - or possibly dead in a non-figurative sense!

Question for y'all - how much do you think they charge to cut down a tree like that in a Wall Street town? In a town where math tutors make $100 an hour and plumbers charge $150...

Posted by CaptiousNut at 9:51 PM 5 comments: