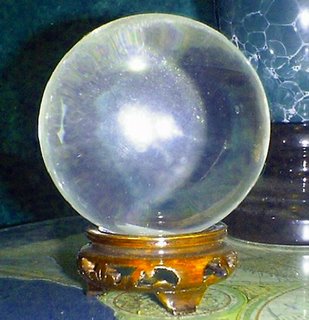 "If speculators are driving the global energy industry, we’re in huge trouble..."

Bill and his econo-illiterate brethren wholeheartedly believe that speculators are nefarious bogeymen, huddled in a backroom somewhere in Texas, sticking pins in dolls of American consumers.

So what exactly is a speculator? It certainly sounds shady, now doesn’t it?

I just did a blog search on it and just about every post that came up was about real estate speculators with probably about 10% mentioning oil markets. Of course the term predates contemporary mania. The Pilgrims were speculators, as were the pioneers who settled the West. There were money changers in the Old Testatment, etc. Speculating is an inherent human trait. I heard someone once say,

"Telling man not to gamble is like telling the wind not to blow."

Speculation involves the buying, holding, and selling of stocks, bonds, commodities, currencies, collectibles, real estate, derivatives, and any valuable financial instrument to profit from fluctuations in its price as opposed to buying it for use or income via methods such as dividends or interest.

The economic role of speculation:

The service provided by speculators to a market is primarily that by risking their own capital in the hope of profit, they add liquidity to the market and make it easier for others to offset risk, including those who may be classified as hedgers and arbitrageurs.

For example, if a certain market - say in pork bellies - had no speculators, only producers (pig farmers) and consumers (butchers etc) would participate in that market. With fewer players in the market, there would be a larger spread between the current bid and ask price of pork bellies. Any new entrant in the market who wants to either buy or sell pork bellies will be forced to accept an illiquid market and market prices that have a large bid-ask spread, or might even find it difficult to find a co-party to buy or sell to. A speculator (e.g. a pork dealer) may exploit the difference in the spread and, in competition with other speculators, reduce the spread thus creating a more efficient market. 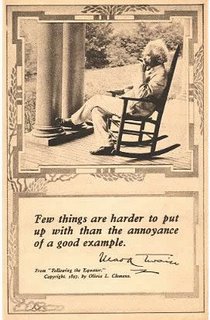 Okay, that is the theoretical definition. Let me give some more examples.

First of all,technically CaptiousNut is a speculator. I have been trading the financial markets for over 10 years, mostly using my own money. When I wasn’t completely on my own, I had either one or two partners – but never any investor funds.

In the old days, when a large buyer showed up in IBM, perhaps a mutual fund manager with 50,000 to buy, he would tell the NYSE specialist who'd promptly move the stock up .50, 75, or even 1.00, and sell him the stock. But nowadays, because of evil speculators, an order like that probably wouldn’t move IBM more than .25. There are thousands of speculating entities (such as hedge funds along with individual traders) ready to smack down almost all large price jumps.

Now multiply that by the almost 20,000 public companies and add in stock price decimalization (remember they used to trade in increments of 1/8 and 1/4 points), the proliferation of electronic exchanges, the implosion of commissions down to less than half a penny per share, and the sea of money now invested in hedge funds. What do you get?

All of this dreaded speculation dampens volatility immensely -benefitting everyone who invests in mutual funds or index funds. In fact, the low commissions, which everyone now enjoys, are a direct result of not only technology, but of the very existence of many speculators who trade in great volume. It's kind of like how the dreaded rich people pushed LCD prices down to an affordable level for the little guy.

Before one recklessly bashes us speculators (mind you I am one of negligible size), he really should consider a world without us.

Instead of oil bumping up $5 a barrel on Katrina or Iranian Nuclear bluster, I can assure you that without an army of risk taking speculators, the price would jump $20 or more. The volatility would be gut wrenching and economically disruptive. Nobody would know how to price their goods. Supermarket prices would be all over the place, as would gasoline, airfares, electricity, and just about every price in America would be higher to reflect the complete uncertainty of energy prices. Such turbulence would hamper businesses' ability to expand and innovate. We'd have a less dynamic economy and a much lower standard of living.

I know that I sound uncomfortably like one of these Big Government apologists whose seemingly only defense is “Trust me, it would be worse off without government...” But supporting evidence abounds.

Quite frankly, the money saved by investors is in the multi-billion dollar range. Every stock transaction costs less in terms of commissions and market impact. How much more would housing cost today if there weren’t an army of evil real estate speculators building homes on every empty lot and converting old mills and whatnot into condo’s?

Devil’s Advocate: But haven’t those speculators actually wildly bid up property, making it prohibitively expensive for others?

You sound like Bill O’Reilly. In some cases, and in some convoluted way, yes they have. But that is like buying AOL at $100 a share, then after it plummets to $10, blaming everyone that bid it up to the $100 price where you bought. Nobody forced you to buy it. The same goes for housing. No one is forced to buy a certain sized home or one within an expensive neighborhood. People can rent (quite cheaply I must add) or live in close quarters. People used to raise nine kids in three bedroom homes and everyone survived - not too long ago either. 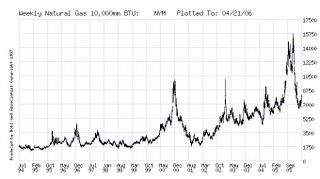 Plus, speculation is a pendulum and swings both ways. This fall, natural gas ran up to $16 before the mild winter crashed it down to $7. I can guarantee you that so-called speculators got killed on this move. Loading up on natural gas was almost a no-brainer with oil roaring and the weakness exposed in the supply chain during Hurricane Katrina. And let’s not forget how freezing cold last year’s winter was either, despite “global warming”. Considering all these factors together, natural gas longs were licking their chops this autumn.

I can also guarantee you that natural gas is cheaper today than it would otherwise be without the bleeding speculators in the futures market. I can’t totally prove this (no one could), but I have seen this play out countless times over my ten year trading career. When something gets extremely overbought and craters like natural gas did, it takes a very long time for the price to recover. In the meantime, natural gas is now oversold, and will stay somewhat cheap for a while. Even today as oil flirts with $75 a barrel, natural gas hasn't budged. (Remember it's a substitute for oil, and as such they should move more or less in lockstep.) 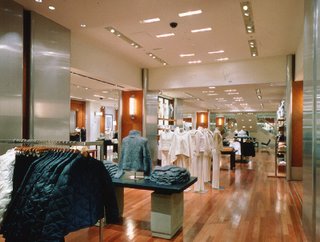 Another example. All of those clothes at Banana Republic, marked down to 50% off...where do you think they came from?

They are the byproduct of too much speculation. Don’t think for a second that Gap Stores (Banana’s parent) wanted to have excess inventory that they'd essentially give away. They overbought (or over-produced) and savvy consumers reap the benefits.

So instead of your wife buying one sweater for $100 when it first hits the shelves....

...She can smartly wait until it goes on sale, and buy two $50 ones instead. 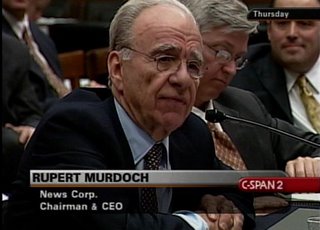 All you have to remember about speculators is that they are merely a subset of Risk Takers, the engines of our economy and of progress.

Bill O'Reilly works for one of the biggest risk takers around in Rupert Murdoch. The guy was almost bankrupt more than a few times, risking his entire net worth on precarious media investments.

Bill might never gotten his shot at the big time if someone with capital hadn't speculated on his potential.
Posted by CaptiousNut at 9:43 PM