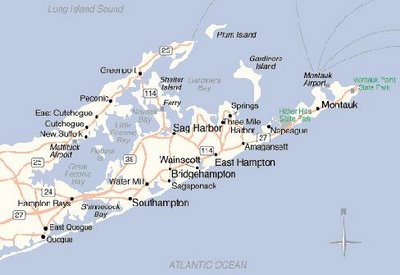 Most adroit shoppers know that yard sales are often gold mines of cheap goods. Whether it’s antiques, a baby stroller, golf clubs, or an Oriental rug, many a good deal (for the buyer) has been struck on a driveway near you. It almost goes without saying that the shopping cognoscenti all race to the yard sales before everyone else. “You just have to go early”, they say.

So I had to laugh at sign I saw this week in Southampton, New York. It was advertising a flea market that opened at 9am. General admission was $2 but early bird admission, from 7am to 9am, was $20. Hey why not? Price discrimination is a tool at everyone’s disposal. This amounts to nothing more than the flea market operator grabbing a slice of the best deals.

On the subject of the Hamptons, summer playground of the wealthiest people in the world (and multi-thousandaires like me), since so many of my acquaintances are dying to make a visit and check out this part of Long Island, I will give a primer.

First of all, the “Hamptons” is a large geographical area. It encompasses Hampton Bays, West Hampton, Southampton, Bridgehampton, and East Hampton. (I’d include Amagansett and Montauk too). As a big area, there’s an entire range of people out there, from 22 year old Manhattan summer house renters, to the townies that have lived there for generations, to the $50 million estates in East Hampton. There are also tons of people from all over the country that rent a house for a month (anywhere from $6,000 to $200,000 for a summer month). Many times it's for the mother and the children. Maybe Dad takes a full week and drives out or flies up on weekends.

There’s one road that traverses them all. Route 27 moves at a snails pace on busy days and is a veritable parade of contractors, landscapers, and illegal immigrants coming out each morning and then going home each night. There’s so much work to do and so much money to pay for it, all of the smart plumbers, contractors, etc. are out there cleaning up – literally and financially.

Despite the expansive area, the Hamptons is not a vacation destination for everyone. Some of the activities can be very expensive. Restaurants in particular price food at Manhattan levels – but many of them lack NYC quality. There used to be a Thai restaurant called Chinda’s between Southampton and Sag Harbor that I have had the unfortunate experience of dining at. Pad Thai was $18 and it was the worst I’d ever had in my life. I also remember at $15 omelot at a diner that I never revisited. We ordered takeout recently, two pizzas and a side of spinach - $50. Last night I saw $27 fajitas on the menu at the Driver's Seat. Ritzy beach towns everywhere have their share of rip-off restaurants. If you can’t cook or operate a grill, be prepared to spend some dough eating out.

As for bars, about tens year ago I was appalled when I saw the price of beer at The Drift Inn (Hampton Bays) and the Surf Club (Westhampton) …… I was acquainted with paying $5 for a beer in Manhattan, but at these bars, $5 didn’t get you a Heineken or a Guinness draft, it got you a CAN of Miller Lite. As for the swankier places like Jet East in Southampton, don’t be shocked when people that come 30 minutes later get in before you. The bouncer subjectively picks who gets in next. If you go, dress up, bring the best looking girls you know, and don’t forget your wallet. I am not sure what the exact prices are, but it works like this. You don't order by the drink, instead you order a bottle of Absolute or Kettle One for like $300 (it could be more) and they give you the mixers, tonic, juice, etc. on the side.

Speaking of bars, if anyone needs some spare cash, I would highly recommend becoming a gypsy cab driver in the Hamptons. When the bars let out at 4am, there are plenty of drunk kids in need of transport home. You buy a van or Cadillac, pick up some drunk girls and charge them $150 for a 20 minute cab ride home. Believe me, they can and will pay whatever you ask of them. Drunk guys pay as well.

As to the politics out on the so-called East End....click here for a hint.

Now it's not like California, but look at some of the whackiness I found in the local paper.

An ad for Organic Cleaning, another for Organic Poison Ivy Removal, and an ad for Personal iPod Consultation - which is clearly for those old Luddites with the groupthink gene. Hey fossils, if you can't figure out an iPod, then you probably shouldn't have one.

All mockery aside, I am all for the proprietors of these businesses. I have nothing but the utmost respect for capitalists that separate rich fools from their money.

The paper also had this inane listing on the Kid Kalendar.

LEARNING ABOUT MARINE CONSERVATION - 8/13 - 9-10:30am. Patricia Paladines will use English and Spanish to talk about life that inhabits the oceans, encouraging multi-cultural discussion of ocean conservation. The group will then make a papier machee sea turtle and prepare to send as a greeting to the children of the sister church in Havana, Cuba. There will also be jelly fish cupcakes, sea turtle veggie munchies, and green algae tea for refreshments. At the First Presbyterian Church of East Moriches, 389 Montauk Hwy. 631-878-4175.

A "multi-cultural discussion of ocean conservation"???????

And how do you get a turtle into a "veggie munchie"?

Devil's Advocate - It's probably shaped like a turtle, but still made of vegetables...

Well in that case, the kids will still be eating something that looks like an animal. Seem to be slipperly slope, no?

Someone asked me the other day if I was a vegetarian. My response,

Here's another good one.

If God didn't want man to eat animals....then why did he make them out of meat?

Back to Dan's Papers, the Hamptons' local paper.

A few years ago, I was skimming the classified section and came upon an ad something like this,

Two young professional women from Manhattan willing to house sit in the Hamptons on weekends....

So I picked up my cell phone and called the number provided.

CaptiousNut - Hi, I am calling about your ad in Dan's Papers.

CaptiousNut - I have a rather large house in East Hampton but I am going to be away this summer. I don't want to rent it out but would like someone to watch over the property. Is this the type of service you'd be willing to provide?

CaptiousNut - My house is on Dune Road. Do you know where that is?

ProfessionalWoman - Yes. (probably jumping up and down)

CaptiousNut - So let me get this straight. You'd be willing to come out and house sit my beach house each weekend. How much would I have to pay you?

It was so funny. The other passengers in the car at the time of my call, my future wife and future mother-in-law, were in such hysterics that we almost had to pull off the Long Island Expressway. 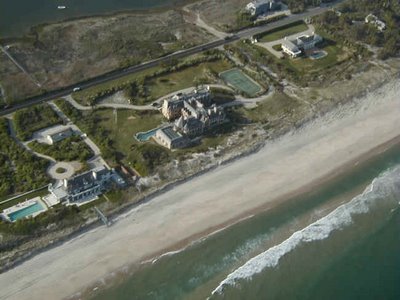 It's a sandbar on the ocean - with no starter homes. That house pictured above is known as "The Castle". I've heard that it has shark tanks and 27 bathrooms.

What I absolutely love about the Hamptons is the sheer beauty. There are so many farms, mansions, deer, and water all around. The Shinnecock and Peconic Bays are almost as stunning as the ocean. I have to say that, by far, the southern shore of Long Island has the most gorgeous beaches I have seen. For one thing, the beaches don't end in either direction. You could walk forever. All you will see is a few people and bold mansions every few hundred yards (perhaps some topless women to boot!). I generally go to a beach in Bridgehampton that only has about 20 parking spots. You either have to get dropped off or get in line and wait for someone to leave - which could be a while if you go on a weekend. The Southampton beach does have a parking lot, but even that isn't very big, it fills early up as well, and it costs $30 to park. As far as I am concerned, that is a very cheap price for spending hours in such a spectacular setting. There are no boardwalks, no funnel cakes, and no blaring salsa music - Robert Moses would be at home. 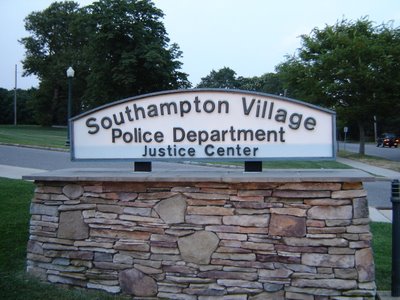 What the heck is a "Justice Center"???

Anyway, after enduring 20+ inches of rain in April/May up in Boston, the weather here has been a pure godsend.

Email ThisBlogThis!Share to TwitterShare to FacebookShare to Pinterest
Labels: the hamptons