Barney Frank-ly Is A Dissembling Socialist

Definitely watch the video first. I've transcribed the important exchange below - though it's a thoroughly inadequate substitute for the viewing experience.

BillO - Do you believe in income redistribution?

BF - To some extent the whole country does...George Bush supports a tax structure in which people at the upper end get taxes much more than people at the lower end. It's called progressive taxation. But that's not what I've been talking about mostly now. The problem we have now is not that the government isn't doing enough to redistribute to the lower end but that the government is doing too much to redistribute it to the higher end.

BillO - Do you believe in it or not?

BF - Stop being a silly would-be district attorney...Bill if you want to do that go to law school. The fact is I told you I do like George Bush does.

BillO - When you say something dopey, I am going to point it out.

BF - I came on the show to have a coherent conversation...

BillO - And I asked you a question and...

BF - And as I try to answer it you keep interrupting. It's your style when you don't like the answer...

BillO - It's YOUR STYLE to make an invalid comparison between you and George Bush....That's bull.

BF - I said that I agree with George Bush that people at the upper end of the income scale should be taxed more than people at the lower end.

BillO - That's not income redistribution.
.
.
..
BillO - What's the top tax rate? What should it be?

BF - I think when Bill Clinton had it at 39%, we had a very good economy. But that of course is only part of the problem because you are trying to ignore the issue that public policies today are in fact (effect?) going in the reverse direction and what we've seen is more and more of the wealth that we've created in this society is staying in the hands of very few people and I would like to see public policies that distribute the wealth more fairly. I'm not talking about taking from the rich and giving to the working classes or poor. I am talking about a fairer share of the increased wealth because as Alan Greenspan said a couple of years ago, it's all going recently to a handful of people. I am talking about just sharing the increase instead of redistributing.

CaptiousNut - Actually BF, no you didn't say that. You blurted out some vague connection to the internet bubble and a 39% tax rate.

Boy would I have loved to have been there asking my socialist Congressman questions. Bill did a decent job (compared to his peers in the news business) but it's nothing like to what I would have laid on the slimy stammerer. Of course, Bill can't "drill" Barney too hard or he'll never come back on the show. I predict it will be a while before Barney appears again given his embarrassing performance.

Now is Frank a liar or a complete Moron?

What I mean is, does he truly believe in confiscating money from the working rich and handing it to the non-working, morally-challenged poor and just doesn't want to admit to it?

Or he is so thoroughly stupid that he really thinks he answered the darn question?

Hey Barney do you believe in X?

Well, to some extent the whole country does....

He mocks Bill as a "would-be district attorney" but there isn't a judge in the land that would permit such outright evasion. Your honor, will you please direct the witness to answer the question?

Now how many lies can Barney cram into his non-answer?

First of all, I don't support it. Libertarians are likely all against it. Steve Forbes has been advocating a flat-tax for many years and ran for President on that platform in 1996. Not to mention most especially that HIGH INCOME EARNERS DON'T SUPPORT the disproportionate confiscation of their wages.

Why? Because he didn't veto every Congressional bill not including a flat-tax? Therefore he believes in progressive taxation?

Of all the days in the last six years to misrepresent lie about President Bush's tax philosophy, could Frank have picked a more untimely one?

Too bad Bill didn't have a Captious voice in his hear on this point...

I just had a flashback to Al Gore hyperventilating about global warming in NYC on one of its coldest days on record.

How can Frank say with a straight face that Bush agrees with him on progressive taxation?

Bush lowered the top tax bracket from 39 percent to 35 percent. 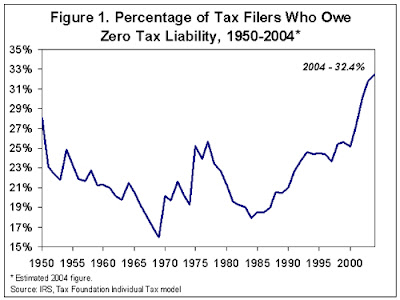 Flattening out the tax code at its highest point seems a most peculiar expression of support for progressive taxation.

Then again, answering a question about your personal beliefs with "the whole country believes in..." also confounds most holders of 3-digit IQs.

President Bush also wants to abolish the estate tax which is arguably its most progressive confiscation. Frank and his comrades are not exactly on board with that one.

Let's pause the litany of lies for a second.

Frank's response (re: income redistribution) may span the gamut of pejorative adjectives, but that's not to say there's no logic to his tack. Let me try to illustrate this obliquely.

When any Congressmen admits his and his cohorts' incompetence, the listener will reflexively fall into initial agreement. After that, it's much easier for a John Kerry to evade a question, peddle BS, and unleash more sophisticated propaganda. A few sentences into Kerry's response-turned-monologue, and the audience of Soundbite Nation won't even remember the initial question; at least that's what he's striving for. Worst of all, John Kerry won't seem like such a detestable figure.

I want to give another example before I tie to all together.

Remember a dissembling Greg Mankiw hid behind Alan Greenspan in his call for higher gasoline taxes,

National security. Alan Greenspan called for higher gas taxes recently. "It's a national security issue," he said. It is hard to judge how much high oil consumption drives U.S. involvement in Middle Eastern politics. But Mr. Greenspan may well be right that the gas tax is an economic policy with positive spillovers to foreign affairs.

A Greenspan quote? Is that supposed to bring gravitas? Here's what this is. Greg wanted to trot out his own personal conspiracy theory of oil consumption subsidizing "Middle Eastern politics" - whatever the heck that nebulous animal is. BUT, he lacked the stones to say it himself and opted to mask his tripe in a quote from Yoda.


Barney Frank's use of "the whole country" and "George Bush" is a very LOGICAL DEFLECTION - not fundamentally different than the examples given of John Kerry or Greg Mankiw. In this case, Frank wields President Bush as the Useful Stereotype to burnish his own image.

Bill O'Reilly essentially called Frank a socialist, and graciously gave him a chance to disavow it. Frank then tried to sell himself as mainstream, cut from the same mold as the most powerful and visible capitalist of all - George Bush. All the while Frank indulged in FALSE COMPARISON and demonstrated an infinitely flexible relationship with the truth.

...I would like to see public policies that distribute the wealth more fairly. I'm not talking about taking from the rich and giving to the working classes or poor.

Wow, a fairer distribution of wealth that doesn't involve taking it from those who have it????????

...I am talking about just sharing the increase instead of redistributing.

How can sharing possibly not be considered redistribution?????????

The only thing he can be talking about here is the "tax cuts for the rich". When his ostensible co-ideologue George Bush dropped the top income tax rate from 39% to 35% - that is called "redistribution". Huh?

Letting people keep 4% more of the money they earned is a government "redistribution"?

If a guy walks by me and I don't mug him for his wallet, did I then "redistribute" his cash to him?

The problem we have now is not that the government isn't doing enough to redistribute to the lower end...

Can you say straw man? 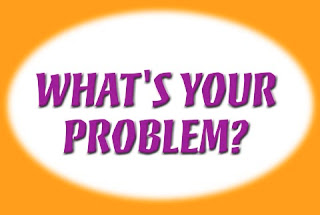 You can't even say that Frank "bobs and weaves" - at least in the context of tax redistribution. The bell rang, he ran out of the ring, stole the announcer's microphone, and started fulminating from the rafters.

Distortion, deflection, mythological metaphor, vituperation, and outright propaganda all by a man "who came on the show to have a coherent conversation".

Note that Greg Mankiw is proud of his Congressman Barney Frank.

Frank was recently re-elected in the gerrymandered 4th District of Massachusetts. He ran unopposed.

If you can't or didn't watch the YouTube clip at the top, make sure you find the time to do so; it's highly illuminating.
Posted by CaptiousNut at 9:27 AM

Progressive taxation is the same as wealth redistribution.

I guess they would argue that while property taxes are flat with regards to income, they are progressive on a wealth basis.

From our standpoint, at least you can run (i.e. move away) from property taxes. Federal income taxes are tougher to avoid.

Taxing income directly is wrong and we shouldn't be doing it.

It's wrong economically, socially, ideologically and it's counter- constitutional.

The Founders spoke out against direct taxation of income. They proposed a consumption tax to fund government so it can serve the people. Alexander Hamilton, writing as "Publius" in the Federalist Paper #21, stated "It is a signal advantage of taxes on articles of consumption, that they contain in their own nature a security against excess. They prescribe their own limit; which cannot be exceeded without defeating the end proposed, that is, an extension of the revenue."

The income tax was made possible only after self-serving politicians did an end run around the Constitution and the People in 1913 and took powers for themselves that the Constitution denied them.

The ideas about progressive/regressive, wealth redistribution and class warfare are by-products of our tax system. We can dispense with this Marxist ideology only if and when we simply get over the idea that we have to tax income, then consider alternatives, such as a consumption tax.

I favor the FairTax
replacement legislation (HR 25) that will put us on the path back toward the Founders' vision: government of, by and for the People. It will establish a consumption tax base that will end government's ability to use the tax code as a tool for anything other than raising revenue, and the companion legislation (HJR 14/16) will lead to the repeal of the 16th amendment and end income tax for good.

The placement of the play button speaks volumes...!

i heard on the radio the other day...''isn't it funny that we all use the phrase 'redistributing income' when income was not distributed to begin with...it was earned".