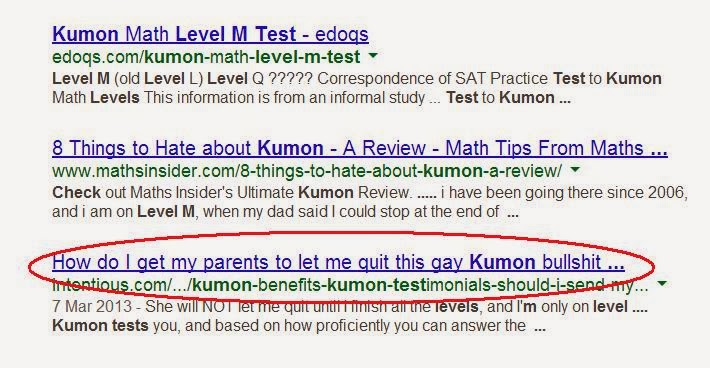 The poor kid must be....Chinese.

If not, I'll bet he is short and has straight black hair nonetheless.

Recall that I did "make" my kids do those Kumon math books.

See - From Counting to Algebra - A Simply Recipe.

But John went through them quickly (1.5 years?) - at least through Grade 6. And Chrissy started out with them, but I had her do some different stuff too.

What I discovered, when I found the above search results, was that Kumon has apparently expanded beyond Grade 6. Hence the irate dumb kid.

And there's more Kumon whining - here - albeit from people that don't know squat about math.

Here's what I discovered my OWN TWO kids secretly Googling on their mother's iPad yesterday afternoon: 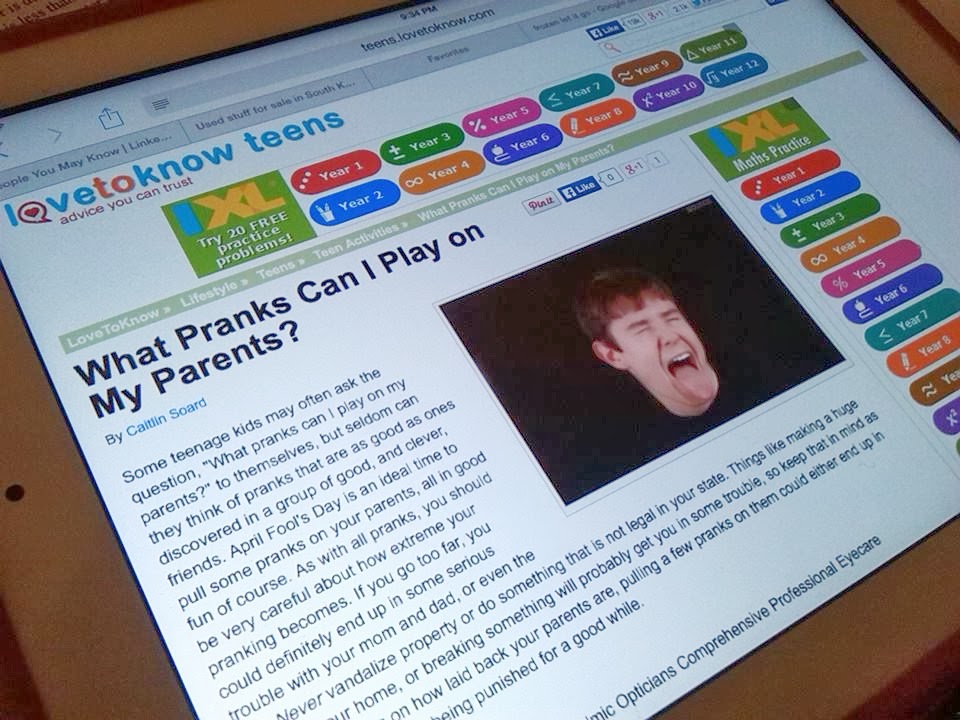 Posted by CaptiousNut at 5:26 AM