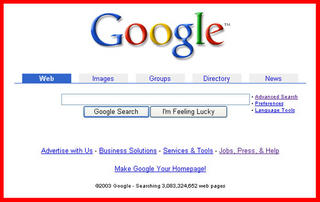 In a prior post, I made my bull argument for Google and now I would like to add to it.

Yes, that would make it almost the first trillion dollar company. (Microsoft is worth $285 billion. I believe Exxon-Mobile is the largest at $385 billion. Google is currently $83 billion – soon to be $87 billion after it completes a secondary offering.)

My prior bull case is still valid and worth reviewing, but I want to elaborate some more on my argument.

A Google bear (i.e. disbeliever) said to me:

“I have never bought anything from a google ad or keyword search…….”

Fair enough, nor have I. But I also have never bought a car, beer, or mutual fund simply because I saw an advertisement on television either. At least with Google, companies can see the return on investment down to a penny.

For example, some guy pays Google $7 per click-through to have his company listed first in any search for “MOVERS NYC”. If he is shelling out money to Google and not getting any new business, he will simply stop. It is almost an ideal business for both Google and its customers.

I figure about one in twenty people I know googles regularly. The people that do google constitute a young and growing demographic, those that don’t are obviously the dying geriatric Luddites. In five years, I don’t think it is an outrageous prediction to think that three out of 20 people I know will be googling regularly. That conservative forecast would triple the number of googlers and I believe it would also increase the price-point of all keywords. Let me reiterate, three in twenty googling would be extremely conservative – almost to the point to certainty.

On an earnings per share basis, Google is cheaper than both Amazon and Ebay, AND it is growing much much faster. Its revenues were actually up 100% this year.

I predict it will be added to the S&P 500 index before January.

Google announced on August 18th that they would float 14 million more shares to the public. The stock immediately dumped, down to a low of 273.35 because of this massive dilution. Yet the demand for this offering has been overwhelming – it looks like it will place around $294 per share, much higher than the price at the time of the announcement. Today, still before the placement, it actually traded up to $299.28 obviously even higher than the rumored placement price. I can’t remember the last time a stock placed this much higher on a secondary. There is a latent, yet massive institutional demand for shares of Google. 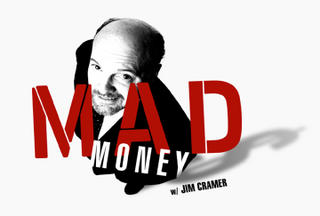 I have only heard a couple of wildly bullish predictions for Google and this makes me more confident. Notably Cramer, he of the Mad Money fame, has been bullish for a while. (But he also said to sell around $250 when it first got there. That was 70 points too soon.) Cramer is still bullish, but calling for a $500 price target – way below mine.

The biggest risk is, not surprisingly, arrogance. I want Google to stay away from aquistions with the same dicipline that Michael Dell showed during the dot-com craze.

When I heard this morning that EBAY was buying SKYPE (an internet telephony company that Googled was rumored to be interested in), I was ecstatic. Had Google paid a few Billion for a barely profitable company I would have been mightily displeased.

These Wall Street analysts try to measure the size of the ad market that they think Google can tap. So they look at total TV ad dollars and also the billions spent on the Yellow Pages. They draw some straight lines and try to forecast the possibilities of Google's business, i.e. how much share they can grab from "old school" advertising. But I think they are all underestimating the dynamicism of Google. Kids are already using google to fact check their professors in class, fans use blackberries to check stats while at the games, and who needs GPS in a car when you have the more robust web surfing cell phone?

This is only the tip of the iceberg for Google. 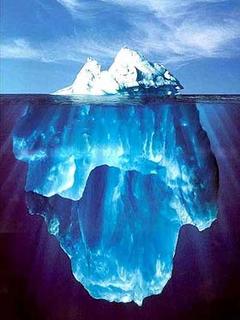 Email ThisBlogThis!Share to TwitterShare to FacebookShare to Pinterest
Labels: google