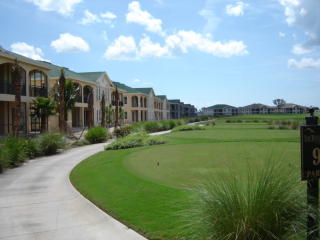 After returning from Naples, Florida this weekend I am convinced more than ever that there will be a painful real estate collapse.

First of all, they are building everywhere: new developments, additions to old developments, strip malls, etc. These new buildings spring up in no time flat and they won’t stop even when prices abate.

I met a guy who has made a few million bucks flipping homes, condos, and lots down there all in the last 5 years or so. One lot he bought for 200k and is now selling for almost $2 million only 4 years later. He told me that everyone down in Naples was “in real estate”. I asked if that meant they had made a few bucks speculating or were really in the real estate business. “Speculating” he answered with a wry smile.

Sorry, I just had a flashback of my buddy that quit his investment banking career to "daytrade" in the last bubble.

It will be interesting to see how this real estate market plays out. When prices soften, what will people do? Will they opt to sell their homes in the north or their condos in Florida? I have got to think that this winter’s impending energy cost spike will convince some fence straddlers to permanently move to the south.

(For those unaware, natural gas and heating oil could be double last year’s prices. Also electricity is looking up 27% from last year as well because it is generated by natural gas.)

I think everyone knows somebody who bought a condo in Florida a few years ago for 200k and now it is “worth” 500k. But here is something to remember. That condo may have only cost 160k to build. Five years later, the construction cost of a similar condo is still no more than 200k. Those builders built the original condo for a mere 40k profit and will continue building more until those prices get all the way back to 240k. In the northeast there is very little new construction – in fact my house that was built in 1970 is considered “new”. But when I was house shopping in Charlotte I noticed that homes only 5 years old traded at a significant discount (10%) to the brand new construction. Similarly, condos in Florida will always have to compete with new construction being built nearby.

One last point about Naples – Interstate-75, the main highway down there is a complete mess. I was told that during the “season” (i.e. October-April), that I-75 is a parking lot. In other words it moves at a snail’s pace. Given the traffic we dealt with in the “off-season”, it is pretty easy to see what they were talking about.
Posted by CaptiousNut at 9:28 PM