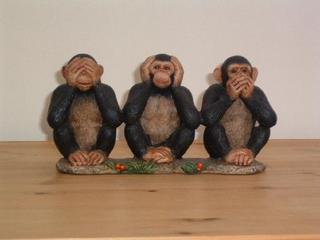 I have finally cancelled my anti-Businessweek subscription. There is no reason to further subsidize agitprop. I have fisked their articles in prior posts and basically am just fed up with how they bastardize economic and political dialogue.

A guy recently told me that,

” …Social Security is funded until 2041, according to the AARP…..So it doesn’t need to be reformed.”

Without informing him as to the complete lack of integrity, conflicts of interest, and political agenda of the AARP, I responded,

“…2041…. That is great. That is about the year I start collecting Social Security. Do you mean to tell me that you don’t give a sh*t if I, and everyone else my age and younger, pay 6.2% of our incomes to Social Security recipients for the next 35 years and may get nothing when we retire?”

(By the way, self-employed people like myself pay 12.4% of our incomes in Social Security taxes.)

There was no response but I doubt I changed his mind. The guy has no kids and he is probably comfortable as a selfish person.

But most people have children, nieces, nephews, and grandchildren. So logic would imply that they do care about the legacy they leave for young America.

I just reread my fisking of anti-Businessweek’s Social Security article and it made my skin boil yet again.

It’s not just Businessweek, it is the entire Mainstream Media. The Social Security issue may be the paragon of political bullsh*t. The problem is as crystal clear as the solution, yet the MSM has successfully muddled the public dialogue. Almost every article on the subject is false and deliberately misleading.

I just googled “social security poll bush” and got a news story today from a San Diego paper with this disgusting excerpt.

The administration's original blueprint would have involved steep reductions in planned future benefits for workers under age 55.

Those “steep reductions” are more than offset by the higher returns from a partial privatizion. There are no mentions of the other partial privatization benefits such as the protection of having a personal account or the ablility to keep/bequeath your benefits after you die. Furthermore, that excerpt is another example of the playbook media trick of FALSE COMPARISON. They want to compare what the under 55 demographic would receive with a number that is not relevant, be it today’s level of payouts or whatnot. Social Security will be bankrupt in 35 years, much of the under 55 demographic is on track to get nothing at all. This FALSE COMPARISON ignores that fact.

I can’t find it now, but I read a while back that polls which show support for partial privatization drop drastically when it is framed as “Bush’s plan”. I generally put no stock in polls because the results can vary greatly depending on the wording, preceding questions, and sample group. Nonetheless, this drop off in support for partial privatization shows that unfortunately partisanship is still trumping good ideas, not just from politicians, but from the public as well. (It is not like there are any other plans to reform Social Security, the reform opponents maintain there is no crisis.)

Click here to see a great example of PUSH POLLING and the Social Security issue.

You can call these Social Security reform opponents, partisan, socialist, moronic, or whatnot. But regardless of the label, make no mistake that anyone who is against reforming Social Security is giving young Americans a giant middle finger.

From President Clinton's 1998 State of the Union speech,

"I have a simple four-word answer: Save Social Security first."
Posted by CaptiousNut at 7:26 AM

I'm not a naysayer on the social security issue by any means, but i still haven't really seen anything that convinces me that there is a looming crisis. Honestly it seems to me that the discussion has been very qualitative on both sides. Any links to read up on that truly make the case? What's convinced you?

I supported the privatization of Social Security until I read this, by George Reisman. It's safe to say I never thought of it that way and I am guessing you might not have either.

Give it a look over, C-Nut, see what you think. As for me, I think the only way to go is to slowly abolish the program, like Reisman advocates.

It's an recklessly false presumption that every company's objective will be to gain government approval for SS investment.

I have no doubt that any privatization of SS will be botched on many levels by the idiots in our government, however Riesman does not understand the stock market. Go find me one company today that even cares if pensions hold their stock. You can't. They are indifferent to shareholder ownership. Public companies can get additional capital from banks, bond markets, hedge funds, foreign investors, private equity investors, etc. I could elaborate a lot more but haven't the time.

I would prefer "cutting and running", the absolute end of SS today, but see a partial privatization as an improvement with other side benefits - like increasing stock ownership and perhaps economic literacy. There are plenty of other options besides stock investment that would be better, such as a real segregated trust fund holding today's 4.7% government bonds. SS is really starting to return only 1% overall.

Convincing the public how bad government has managed SS returns would pay dividends in the larger taxpayer/socialist war.