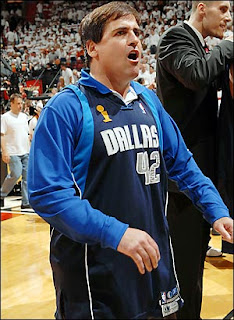 How stupid can you be to run these commercials ? Do you not realize that its not a commercial for the product, its a commercial to reduce the value of the brand of your station or network ?

HDNet wont run informercials or any ripoff commercials. We don't need or want their money and I would rather go without commercials than run them. My viewers are my customers. For some reason that is a strange concept to stations and networks these days. They would rather squeek out a commission on herbal enhancement pills and end up with a poorer, upset viewer than run a show without commercial breaks. Thats ridiculous. Its a brand killer

How about this for a concept: If you havent sold a commercial, dont run a commercial. The lack of a spot will hurt your bottom line far less than running a spot to ripoff your customers 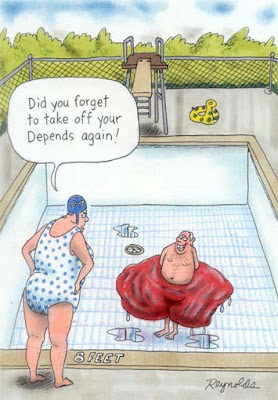 Pardon the grammatical errors but such is par for Cuban's course. He's as intellectually incontinent as they come.

But consider another brouhaha that Cuban is currently embroiled in.

His film company is about to distribute a 9/11 conspiracy film titled "Loose Change". That movie promulgates, "that a corrupt faction within the federal government orchestrated the mass murder at the World Trade Center". (link)

More from that link,

Cuban e-mailed us: "We are having discussions about distributing the existing video with Charlie's involvement as a narrator, not in making a new feature. We are also looking for productions with an opposing viewpoint. We like controversial subjects, but we are agnostic to which side the controversy comes from."

Cuban is "agnostic" about the content of his distributed films?

So let me get this straight, he's oozing with ethics when it comes to putting "ripoff" commercials up on HDNet, but when it comes to the content of his films, he's resolutely non-judgmental.

Okay, one more quote from Cuban,

"I don't believe the movie. Not at all," Mr. Cuban explained. "But I do believe that lies in the shadows are far more dangerous than lies you can confront and refute. There probably will be a movie that responds to this one, and we would be more than happy to distribute it as well, for the very same reason."

So, the airhead is a self-serving hypocrite, right?

I submit that there is a consistency to Mark's ruminations.

It's all about money. To Mark Cuban, ripping someone off is a crime (particularly one of his customers), but he thinks nothing of polluting minds and debasing public dialogue with lunatic propaganda. The almighty dollar trumps all. (not that there's anything wrong with that)

Cuban's does have some balls though. He pens near one blog post per week complaining about how YouTube isn't aggressively taking down "copyrighted" videos. You see, when it comes to Google/YouTube, he doesn't buy their "agnostic" stance toward content hosting.

Incontinence, both intellectual and the other variety, usually manifests in old coots. Imagine how leaky Mark Cuban is going to be when he is sixty or seventy.

Mark may be a successful guy; but he's a doer, not a thinker.
Posted by CaptiousNut at 8:49 PM

I was so happy when Cuban's top rated Mav's were knocked out by Don Nelson's Golden State Warriors; a man who is still owed millions by Cuban - Cuban continues to welch on paying the remainder of Nelson's deferred salary. Guess there is such a thing as karma....

I didn't know that about Nelson's salary.

I found myself rooting for Golden State in that series just because they were some magical basketball.

The appeal of the Mavs is their style of play, at least versus San Antonio's or Detroit's.

Cuban is not a quiet guy as such he's going to have a rough public life. He probably needs to dial it back a bit; think more and talk less. A good start would be just spell-checking his blog posts.

Yea, I didn't know either but the WSJ had a front page article on May 1st about the rift.

Nelson says he is owed $6.6M in deferred compensation from his 8 years as the Mav's coach. Cuban said he walked out on him.

Nelson was the guy that was mocked for trading away top draft spots for two nobodies: Dirk Nowitzki and Steve Nash. Cuban is the wannabe that let Steve Nash go - 'nuff said huh?

Keep up the good work!

I have to admit, I thought Cuban did the right thing in letting Nash walk (at that time of course).

Then again, I also thought Tim Duncan was going to be a bust. After all, Marcus Camby whipped his butt in college.

It will be interesting to see if Cuban can keep up his initial NBA success. For sure, plenty of people would like to him fall flat on his face