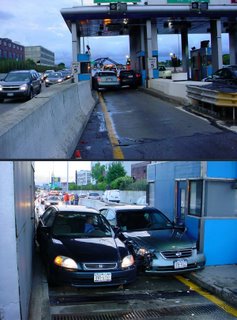 In that hackneyed Wall Street lingo…..I am currently heavily OVERWEIGHT CASH (90%). In other words, I don’t like stocks or bonds at today’s levels. I recently sold all of my long term equity investments. The stock market is at 4.5 year highs, bonds are just off 46 year highs, and real estate is still very much in nosebleed territory.

And of course I am actually short real estate because I rent.

Let me explain that. For every dollar that my theoretical first home depreciates, that is one less dollar that I will have to shell out to buy it. Renting therefore is financially equivalent to shorting the housing market. The exact same risks apply because if I am wrong and home prices continue to rise, I will have to ante up that much more later on for my first home.

Money market rates are nearing 4% in some select banks and quite frankly I am extremely happy with that yield. I have heard a lot of older people whine about low interest rates the last few years almost as if they are ENTITLED to higher returns. More likely they just weren’t accustomed to ever getting the 1% or so the money market fell to. Also the older folk may have been whining but were generally wise enough to not chase better returns from investments with which they weren't comfortable – that is something I can’t say about some of my younger, condo-flipping buddies.

REMEMBER, 4% is pretty much the annual return one needs to justify borrowing at today’s rates of 6% and buying a home. The up-in-the-air mortgage interest deduction explains that 2% reduction.

So TODAY one can get 4% risk-free in the money market or you can take your money and make a decade or two commitment to a house, neighborhood, and city or town. You'll be fretting leaking roofs, rising property taxes, foundering local government schools, and will probably end up moving and paying an exorbitant real estate fee before too long.

I think cash will be king for a couple of years at least, mostly because nobody has any. “Homeownership” may be touted at 69% - an all time high, but so is home indebtedness. Americans collectively own less than 50% of their home down from a historical average of 75%. To be sure, it is generally wise to borrow when rates are low as they have been, hitting 46 year lows this year, but much of that borrowing has been done with very risky adjustable mortgages. Even worse, adjustable rate usage has risen even at higher home prices.

Back to the financial markets. 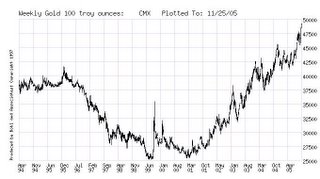 Gold rising is bad. In case you've missed it, gold effectively hit $500 an ounce today - a level not seen since 1987. (Click chart to enlarge.)

Bubblehead macroeconomists insist that rising gold is forecasting inflation. This recent gold move has been befuddling these dopes because the dollar has been rising with gold this year.

Normally gold benefits from a weaker dollar because most global commodities, oil, grains, metals, etc. are priced in dollars. So a weaker dollar means that it will buy a smaller basket of commodities than before.....ergo we have inflation.

So what is exactly going on here with gold seemingly moving the wrong way?

The answer is that nobody knows. But I will throw out my worst-case scenario explanation. I believe that the global financial markets are worried about the long term prospects of the US economy and are therefore diversifying accordingly.

What is there to worry about?

ENTITLEMENT CRISES. That is about it. Medicare and Social Security spending are a bigger and more certain threat to out prosperity than just about anything else short of a nuke in Manhattan.

American capitalism has been the world's most indefatigible benevolent force and will surely be tested by this impending clash of actuarial realities and political impotence.

Also fueling the stock market's recent percolation is a widespread belief that the Fed will stop tightening short term rates in January. This may be an accuate forecast BUT, despite Big Media and econo-illiterates' obsession with Alan Greenspan, SHORT-TERM RATES SIMPLY DO NOT MATTER. Japan had 1% short term rates for years and it did nothing to re-stimulate its economy. The rates that matter are LONG TERM RATES.

Also, lowered short rates couldn't stimulate our economy in the early 1990s either. Banks were ravaged by real estate lending and whatnot in prior years, decided to shore up their balance sheets, and therefore simply did not pass on the lower rates to borrowers.

Today's bulls tout falling energy prices as a very positive catalyst BUT they need to be reminded that the market did not sell off one lick on Hurricane Katrina and $3 gasoline. The market correctly shrugged off that media created frenzy while it was going on.

Today's bears can point to a flat yield curve.

One thing worth noting is the so-called January Effect that seems to come earlier every year. Last year the market spiked in December and sold off hard in January. I get the feeling that this November rally may be this year's early January Effect. Basically everyone used to expect the market to rally in January, and it did for many years, so they started buying in December. Now everyone expects a December rally and have bought in this month. Anyway this is just my unscientific take - we'll see what happens.

I am not short the market, but have been playing the short side intraday a lot recently. (One stock I am short is Apple - not because I think it is going to zero, but just as a trade.) 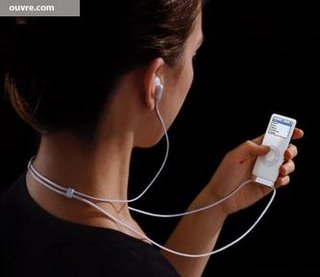 Anyway, how does that Google look now at $429 per share?

I am still comfortable with my $3,000 price target for August of 2010, but will watch it closely. Recently they announced a $900 million set-aside for socially responsible investments in things such as “alternative energy”. My regular blog readers know how much I hate crap like this.

Everyone knows that Black Friday is the day after Thanksgiving, but I just learned about Cyber Monday. Apparently it is the next Monday when everyone spends their workday Christmas shopping online. 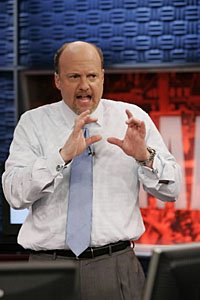 Cramer was touting the stock of Websense yesterday as somewhat of a play on this “cyberslacking” phenomena. Websense is a software company that helps businesses monitor, i.e. limit, delinquent websurfing from their employees. They have a great corporate-speak name for what they do - something like “technology resources optimization”.

I occasionally watch Mad Money because it is entertaining and informative – not to mention his stock picks tend to be quite the movers as soon as the words leave his lips. Watch the after-hours ticker at the bottom of the CNBC screen.

There is even a story going around about some Mad Money caller who was on hold and overheard Cramer touting some stock, bought it before everyone else (the show is slightly pre-recorded), and made a bundle.

Anyway, Cramer is a pretty bright guy and has made some great picks this year. He has mostly been bullish on Google, Apple, and oil companies to name a few. To be sure he has some bombs as well that others are probably better at naming. Just google “cramer sucks” or something. 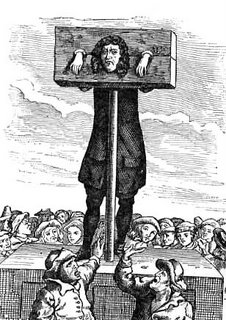 Cramer’s fortunes will ebb and flow with this mild bull market. He is not recommending any shorts (at least that I know of) and will be pilloried should the market enter a prolonged bear period. One has to remember that he is a SALESMAN, pure and simple. Guys like him are a dime a dozen on Wall Street. They can give you a compelling bull case for whatever stock they feel like. Some of these guys, like Cramer, are so persuasive that you feel like running out instantly and buying whatever they tell you. A great stock recommendation can sound almost like an earth-shattering discovery – to which only you are privy. So you run out and buy it and as you are holding it you start doing some more research. Most times you will find out that that bull argument has been around for years. The stock could languish in the dumps and you may have to wait for another set of docile buyers to push the stock in order for you to get your money back.

Like any dissembling salesman, Cramer often talks out of both sides of his mouth. Sure he has been bullish on Google mostly, but also said to lighten up at $250. And I also remember a show where he said to lighten up on the oil stocks as well.

Cramer has a, let's just say a "mixed" reputation. When he ran a hedge fund and was short a stock, he would routinely get his analysts in on that particular company's conference calls. He ordered them to grill, insinuate, and basically accuse management of shoddy performance and whatnot. All the other analysts would hear this badgering and would undoubtedly get nervous or at least less comfortable with that company. In other words, it was a manipulative way to drum up negative sentiment on a stock in which he was short.

So how was Black Friday?

USA Today said it was “Dazzling”.

Bloomberg said it was “Good”.

The Associated Press said it was “Modest”

And shocker of all shockers…..the New York Times said it was “Horrible” or at least they deeply implied that in Mall Stores See Trouble in Sales Data. The Times spun Black Friday as all about “discounting” and poor people running up their credit cards.

So when we have high energy prices from a strong global economy…that is bad.

And when we have low priced televisions and clothing, the standard fruits of capitalism......that too is a bad sign.