Marginalizing Morons, One at a Time 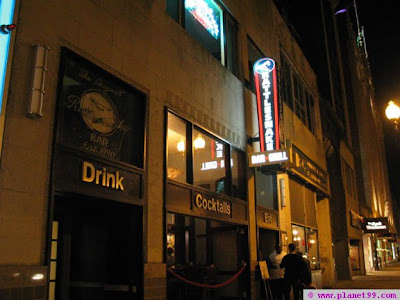 It was a rare occasion these days, me out boozing with a friend in town from NYC. I have been his wingman for years in his endless search for what Jerry Seinfeld calls "women with qualities important to the superficial male".

So we are sitting at the semi-crowded bar, my buddy was chatting up some fair lady next to him and I ended up talking to some geriatric guy at the bar. He was kind of funny, somewhat drunk, and extremely out-of-place that Saturday night.

My buddy looks askance at me and jabs, "Why are you trying to pick up some old guy?"

Turns out, the guy was a big shot at a multi-billion dollar company – actually a publicly traded one based in Boston. Let’s just say his three-lettered title started with a "C" and ended with an "O".

Like most people, the guy was soon charmed by both my conversation and my palpable eminence. He proudly gives me his business card. Now he is getting sloppy, drooling over the barmaid and pathetically trying to hit on girls less than half his age. But I was still BS'ing with him on an array of different subjects and alternately provoking his antics. The big shot thought himself hilarious and was dropping corny jokes like an avuncular dentist. He explained (no less than eight times) how he got his current high level position,

They made me a Polish Mafia offer...

...one that I couldn’t UNDERSTAND.

I actually hadn’t heard that one before and found it quite funny (and I am near half Polish myself).

He had this unrelenting frustrated comedian act going on. When asked if he had kids, he opened his wallet to show me a picture of his "pride and joy". 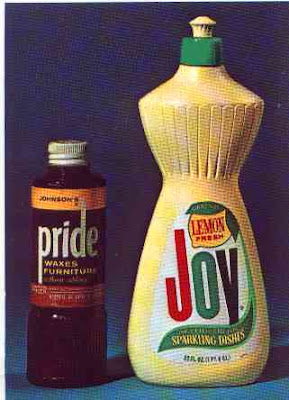 Yes, that was the pic he showed me. He said to turn it over, there's a picture of his "ex" on the back.

On the back of the card was a big letter "X".

He also told me that he fancied himself a "wit". And his friends tell him he is "half right".

This guy kept going on and on, imbibing, slobbering at unreceptive nubile women, and wisecracking. At some point I told him I have a blog called Marginalizing Morons. He somewhat scoffed at my revelation, asking me what I wrote about. I told him that I was going to go home and write about him. How he was stone-cold drunk, making an ass of himself, hitting on both men and women, and bragging how he cheated on both his past wife and his current one. Of course I would list his name, the company he runs, etc.

Shaking off his drunken stupor, the fossil turned noticeably white. He probably remembered that he had given me his business card, that he had been acting like a donkey, that he was a visible public figure, and that there's probably nothing he could do to stop me from "outing" his boorish behavior on the World Wide Web.

Of course I told the fool I was kidding but it did nothing to disabuse his fears. Still white as a snowflake, he told me all it would take is one phone call to "end" me. Ironically, here he was trying to play his sincerity off as a joke. Quite frankly, I have never ever received a more laughable death threat; bear in mind, that since I spent years hanging out in South Philly, I have heard them aplenty (and only three times did someone actually pull "metal" on me!)

So my buddy and I were in stitches laughing at the old coot; he dawdled for a few more minutes before sneaking out the bar. Maybe he soiled himself? More likely he went home and prayed that I truly was kidding. Nonetheless, it will be interesting to check my cookies tracker and see if "someone" from his company googles "marginalizing morons".

CaptiousNut fancies himself a benevolent public educator; all I was doing was teaching the old man a lesson on how seven-figure salaried executives should comport themselves in the age of the internet, YouTube, etc.

Overall, he wasn't really a bad guy, just as techno-clueless as everyone else in his age bracket. He should consider himself lucky that I didn't whip my video camera out of my pocket - the next guy may do so.

It's hard to believe he near runs a multi-billion dollar public company. Without giving away its name, let's just say the company is already heavily shorted by Wall Street.
Posted by CaptiousNut at 2:37 PM

Email ThisBlogThis!Share to TwitterShare to FacebookShare to Pinterest
Labels: boston