It's Not Just A Trend? 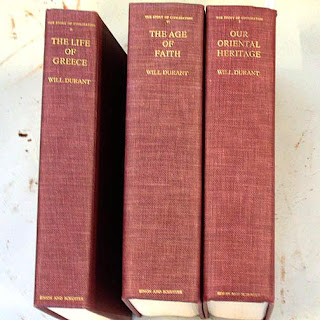 Here's an excerpt I just read from Will Durant's The Story of Civilization - Our Oriental Heritage,

If the sense of beauty is not strong in primitive society it may be because the lack of delay between sexual desire and fulfillment gives no time for that imaginative enhancement of the object which makes so much of the object’s beauty. Primitive man seldom thinks of selecting women because of what we should call their beauty; he thinks rather of their usefulness, and never dreams of rejecting a strong-armed bride because of her ugliness. The Indian chief, being asked which of his wives was loveliest, apologized for never having thought of the matter. “Their faces,” he said, with the mature wisdom of a Franklin, “might be more or less handsome, but in other respects women are all the same.” Where a sense of beauty is present in primitive man it sometimes eludes us by being so different from our own. “All Negro races that I know,” says Reichard, “account woman beautiful who is not constricted at the waist, and when the body from the arm-pits to the hips is the same breadth – ‘like a ladder,’ says the Coast Negro.” Elephantine ears and an overhanging stomach are feminine charms to some African males; and throughout Africa it is the fat woman who is accounted loveliest. In Nigeria, says Mungo Park, “corpulence and beauty seem to be terms nearly synonymous. A woman of even moderate pretensions must be one who cannot walk without a slave under each arm to support her; and a perfect beauty is a load for a camel.” “Most savages,” says Briffault, “have a preference for what we should regard as one of the most unsightly features in a woman’s form, namely, long, hanging breasts.” It is well known,” says Darwin, “that with many Hottentot women the posterior part of the body projects in a wonderful manner…; and Sir Andrew Smith is certain that this peculiarity is greatly admired by the men. He once saw a woman who was considered a beauty, and she was so immensely developed behind that when seated on level ground she could not rise, and had to push herself along until she came to a slope… According to Burton the Somali men are said to choose their wives by ranging them in a line, and by picking her out who projects furthest a tergo. Nothing can be more hateful to a Negro then the opposite form.” 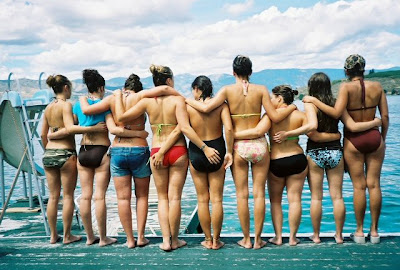 Line them up and choose a tergo?

A tergo is Latin for "at or toward the back; from behind; in the rear."

Will Durant wrote this book in 1935 and of course he sourced others from preceding centuries. All along my untutored mind figured that Sir Mix-a-Lot had started a trend!!!
Posted by CaptiousNut at 5:53 PM

Email ThisBlogThis!Share to TwitterShare to FacebookShare to Pinterest
Labels: will durant

I appreciate a full figure, and that doesn't mean a fat figure, on a woman.

But most of my co-eds are either famine-thin or fast-food podgy... there tends to be no happy medium, something I was commenting on to a friend of mine today.

As for me, I am pretty physically appealing so I feel like I can speak on this matter knowing what I am talking about!

Human beauty is fragile and fleeting. One may be "eye candy" today but tomorrow is another day.

One shallow family member of mine has strict "T to A" ratio requirements for every woman he even considers dating. Only now, as his extended bachelorhood nears its second decade, corpulence is descending upon him now!

He works out all of the time and can't do anything about his "bad genes".

No doubt some beautiful women that meet his superficial requisites are profiling him out of consideration these days.

The cruel ironies of life!!!