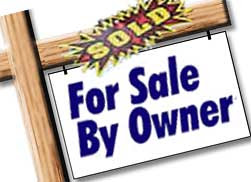 For you mathematically illiterate, that title means "rich does not equal smart".

I grew up in a working class family. My mother taught high school and my father worked for the State of Massachusetts as a social worker.

Conceptions of wealth are always relative. As a child I didn't think I was poor probably because a third of my classmates lived in housing projects. A friend of mine once told me that his dad earned seventy grand per year (1992); from my parochial perspective, his family was "rich".

Since I've entered the real world, worked for a living, and traveled more broadly, my understanding of wealth has naturally evolved.

But for more than half of my life, I didn't know any really wealthy people, so I could only presume what they were like.

I always figured that rich people were smart and educated (and had class). They had to be, right? Where else could the money come from?

Boy, has my experience disabused me of that notion! I have seen so many Morons swimming in money that I have been tempted to conclude that rich people are categorically stupid. (I am not quite there).

A friend of my wife's recently sent out an email announcement that her husband had gotten a new job out-of-state, he was starting very soon, and they'd obviously be selling the house that they paid $1.3 million for just last year.

By chance, my wife happens to have a co-worker looking to buy a house in that very neighborhood. She put 2 and 2 together and emails her friend,

I know somebody looking to buy in your neighborhood. Can I give him your phone number or have you email him some pics. This way you might be able to save the real estate commission...

My wife's friend responded thusly to the kind gesture,

...well, we are going to list it with a broker in two weeks.

My wife was absolutely flabbergasted. Why wouldn't her friend want to circumvent a broker, if possible, and save a 5%-6% real estate commission? On a $1.3 million dollar house, that is anywhere from $65,000 to $78,000.

That's not funny money. It's cold hard cash. It's equity from post tax dollars. For a top tax bracket earner, that would be like losing near 150k worth of gross income.

On the other hand, I was not surprised one bit. In my limited interaction with this particular friend, I found out that she buys "organic" foods and religiously watches The View. Case closed - Automatic Moron, with the only question as to what degree.

This young lady grew up very wealthy; her dad was a big shot on Wall Street. Furthermore, her husband makes some healthy coin himself. Obviously, she doesn't understand the slightest thing about real estate or money.

For a brief moment, my wife and I thought about calling her and her husband up and explaining why they should try to sell the house on their own, if only for two weeks. But we immediately withdrew that consideration, not just because they are Marginal friends, but because fools like them totally deserved to be separated from their money.
Posted by CaptiousNut at 3:21 PM

maybe they are trying to save time by hiring a broker. time=money. e.g., if they have a $50 million portfolio, then it's probably better to focus on their investment than be distracted trying to save $70k.

But it doesn't take any effort or time to tell someone, "this is my address, come swing by and take a look".

A friend of ours listed his own house, advertised an open house and sold it in 40 minutes. He saved himself a 50k commission.

I am quite sure these people don't have near that much money - at least until "mommy and daddy die". They'd live in a much bigger house for sure.

I know very wealthy people who don't care about 70k commissions and whatnot. The friends I referenced are not in that category.