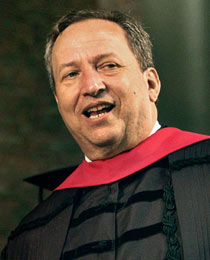 When I heard David Horowitz on television say that Harvard president Larry Summers confessed to “thought crimes” I assumed he was speaking in metaphor or hyperbole. I was wrong.

“My January remarks,” he wrote, “substantially understated . . . discrimination [against women], including . . . patterns of THOUGHT to which all of us are unconsciously subject.”

If only Tom Cruise could have intervened and prevented Larry’s original snafu. In Minority Report (a decent movie), Cruise works for Pre-Crime, a law enforcement agency who use oracles to see crime before it happens. He sweeps in and slaps the cuffs on plotting or even uncalculating would-be criminals. 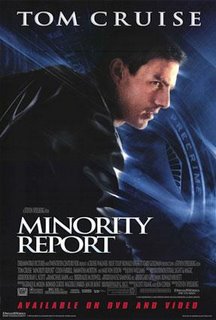 Just play Let’s Pretend: “Let’s pretend that we’ve never had a diversity initiative at our college and that this current proposal to hire more women and minority faculty represents a radical new take on college governance.”

The whole incident boils down to politically correct extortion. At the end of the article, Heather revisits the Cornel West flap. After a tiff with Summers, West (Afro-American studies professor) bolted to Princeton to escape the white male “concepts of excellence.”

West has of course seized the opportunity to dig in the boot a little deeper, following Summers’s current self-abasement. “I was praying for the brother, hoping he would change,” West oozed. “It’s clear he hasn’t changed.” Unfortunately, he probably has. Now, instead of making even a temporary stand for excellence and then retreating ignominiously, Summers will not bother to take a stand at all. Message to diversocrats across the country: Your power is indomitable; use it.

With tuition and expenses at $42,000 per year, you would think someone would object to $50 million apologies.

On the subject of ridiculous college tuitions, check out this op-ed from the president of Simmons College in Boston. As I have touched on in a previous blog, he attacks the logic of paying so much for higher education.

Because a college graduate earns nearly $1 million more in pay over a working career than a high school graduate, while the same college tuition investment in the stock market would yield more than $2 million over that same period….

I am glad this guy went after the FALSE COMPARISON tactic. This is what casuists do, they try to frame a multi-choice scenario as a simple dilemma. Either go to college or lose out on $1 million in career earnings. Of course this altogether avoids the issue of high tuition costs.

Okay forget the educrats. I am still searching for one politician or pundit to question the concept of federal student loans. Runaway college tuitions (and $50 million apologies) prove that despite the virtuous intentions of making college more affordable, all federal loans have done is subsidize profligate school administrations and push the students’ costs further into the stratosphere.

Isaac Newton's third law of motion applies to economics as well.
Posted by CaptiousNut at 3:31 PM