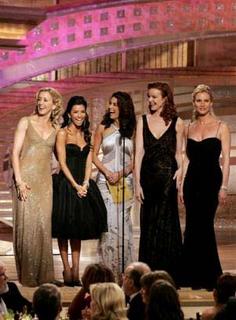 I have almost beaten the class warfare angle of SUVs to death. The knuckleheads think that SUVs drive up the cost of gas and I have debunked this idea that it is possible to parse price and demand into disparate components. It just simply can’t be done, but if someone tries this on me I have plenty of retorts.

Still believe that paranoid canard that “SUVs think they own the road”? Well maybe they have a claim to it. Highways and roads are maintained by gasoline taxes that accrue on per gallon basis. It follows that all of the zippy little Accords and Prius’s are getting a free ride here from the gas guzzlers. (Federal tax is near 20 cents per gallon and state taxes span from Georgia, 7.5 cents, to Rhode Island 30 cents per gallon.)

SUVs are the most profitable vehicles for car manufacturers. They effectively subsidize the fuel efficient cars whose buyers don’t pay the real cost of production.

Most people don’t know that supermarkets usually sell milk and eggs at a loss. All of you non-dairy product consumers, the next time you see someone checking out with eggs or milk, give them that class envy sneer. After all, you are paying higher prices on everything else so they can enjoy their subsidized omelets.

Bars make all of their money from draft beer (ever notice how many places have no bottled-beer?). So certainly bottled-beer drinkers are also a pub welfare demographic unto themselves.

Everyone knows how expensive toner cartridges are for computer printers. In fact, Hewlett-Packard, recently a near monopolist in the printer market, doesn’t make any money from selling the actual printers, but they make oodles from the toners. Their printer/toner business was so profitable that they used the proceeds to subsidize their struggling PC division. Well, Dell Computer wasn’t going to tolerate that for long, and they acted brilliantly. They entered the printer business in a move that is eroding Hewlett-Packard’s printer/toner profits and its subsidized PC business.

.
ABC has announced an enormous gain in pre-sold advertising for next year’s programming – upwards of 30% higher than this past year. This increase is due in most part to the success of new hits like Desperate Housewives and Lost.(Cast pictured above. Yes that is Charlie from Party of Five.)

Desperate Housewives will bring in around $1 million dollars for some 30 second commercials next year. Those are recent SuperBowl ad rates. I only watched it twice last year and wasn’t very impressed. Next year I predict it will see a drop in viewership as these ultra-hyped hits rarely stay on top. Remember Who Wants to be a Millionaire?

However, I am a huge fan of Lost – I think it was the best show on TV this year. It was even better than 24 this year, and I have watched every episode of 24 since the beginning. I would encourage everyone to either watch the Lost reruns or rent the whole thing when it hits the DVD.

Of course, some of the advertising profits from Lost and Desperate Housewives will help prop up the ABC network news division. The demographic that watches network news is shrinking or more accurately dying. Eventually one of these networks will swallow their pride and depart the ulta-competitive news business altogether as both economics and logic would dictate.

Outside of a fast-forwarded O'Reilly Factor, I don't even watch a second of CNN or Fox News nor do I buy any newspapers. I get all of my information from the internet and I will match my knowledge of current events with anyone's. People thought that cable TV "fractured" viewing audiences. Well they haven't seen anything yet. The internet is throwing all television and media paradigms out the window. I could turn on my $100 webcam, run down today's news, and broadcast it worldwide right now with no subsidies at all.
Posted by CaptiousNut at 12:02 PM