Facts, the Fleet Merger, and Agitprop at the Boston Globe

I have touched on the blog-phobes and internet Luddites who mostly, but not exclusively, reside in the MSM. Let’s reexamine one of their chief complaints – that internet information is not factual or reliable. This begs the broader question of where non-internet people get their information from. It is not a long list: word-of-mouth, television, books, radio, and periodicals. Does anyone want to trumpet any of these vehicles as a source of better or more reliable information?

When I was younger, I remember arguing with a friend’s parent over the abilities of a certain NBA player. Of course, inherent in this was my conviction that I was right and he was wrong. But what really annoyed me was that this guy didn’t have cable TV and he could only watch the local team, so he couldn’t have possibly seen this player much at all. (Never mind that he couldn’t watch 95% of the rest of the league play either – another strike against his credibility.)
All too often I find myself talking to someone that suffers from what I call IDD (Information Deficiency Disorder). I am not calling them moronic, just deficient or too narrow in their use and selection of information sources. 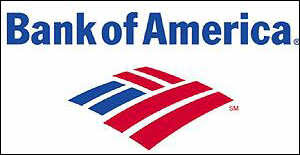 For example, take my home state of Massachusetts. There is an army, maybe even a majority, of residents that just read the Boston Globe everyday and probably think they are well-informed. Several times in the past year I have heard from New Englanders that “Bank of America lied about the number of job cuts they would make in Boston…” (all related to the buyout of Fleet Bank.) My response each time was, “Did you read that in the Boston Globe?” To which I received affirmative responses in each case.

The Globe hit Bank of America with a relentless barrage of negative publicity and predictably the socialist politicos (John Kerry and Ted Kennedy) piled on. Artless in the political realities of Boston, Bank of America tried to allay this imbroglio by moving many jobs from Manhattan and Charlotte to Boston.

The Globe reflexively took the position that any job loss from the merger was anathema and justly worthy of its ire. I don’t know whether they simply respond to their local politicians or inspire them. Either way, the groupthink of Boston’s elite is both nauseating and pervasive.

But the last time I checked, mergers of companies were matters between shareholders. In this case, Fleet shareholders loved the 40% premium that Bank of America paid for their shares. The opinions of local politicians and socialist editors are or at least should have been treated as irrelevant. Political meddling in private business deals is far from new, but it is quite fashionable now as a springboard to higher office. Note Eliot Spitzer and now Massachusetts is currently seeing round two of merger meddling with aspiring governor William Galvin and his holdup of the Gillette/Proctor & Gamble combination.

Just what is the Boston elite’s problem with these layoffs? They don’t really say, but hide behind a “gotcha” where they allegedly have a BoA executive or spokesman on record saying there would be no job cuts in Boston. The problem with this is that even if they did “lie” to the newspaper, the Globe remained a disinterested and irrelevant third party in the transaction. In my view, their hostility springs from a presumption of corporate mistrust and a spurious claim to be championing the “little guy.”

Here are the facts about Fleet Bank. Bank of America probably should have laid off way more people than they did. In the last 10 years, while other banks were minting money, gobbling up smaller banks, and splitting their stocks, Fleet languished as one of the worst run and least profitable banks in the country. Will someone please explain to me how a big bank in New England can’t make money during the greatest bull market and when interest rates were plummeting? (Aside from general incompetence, they were pissing away money in Latin American debt.)

So Ted Kennedy is concerned about the little people. Maybe if Fleet was better run, they would have thrived (like every other bank) during this period. Maybe they would have been making money, buying up other banks, and creating more jobs for Bostonians. Does Ted care about the shareholders, including just about every pension fund, whose investment was languishing for years? Does Ted care about the hostile business climate fostered by him and his ilk that scares untold scores of corporations away from Massachusetts? Ted is no friend of the tax paying and job seeking little people.

The Boston Globe hasn’t for a second considered that maybe Fleet was inept and needed a hatchet job for the good of the investors and customers that far outnumber those laid off. Bostonians won’t tolerate an iota of incompetence from say the shortstop of the Red Sox, so why coddle foundering Fleet Bank? 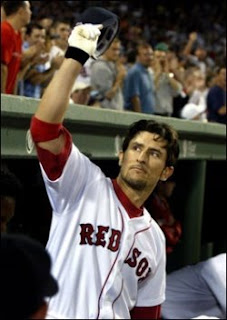 It is not like Bank of America is starving the employees it laid off. I personally know several Fleet employees that are getting upwards of one year’s severance pay. Many have even gotten better jobs elsewhere, and adding in their severance pay they are effectively doubling their salaries for months.

So Bank of America is grabbing its ankles and spending $40 million this year transferring jobs up north in efforts to placate the Boston Globe et al. How much political capital has this gained the Bank? Well consider this. The Bank inadvertently overpaid some of the Fleet layoffs and has asked for the money back. These people signed severance contracts that explicitly enumerated the generous financial terms of agreement. Now the Boston Globe thinks the Bank is not entitled to reimbursement. Would they feel the same way if the Bank had underpaid these workers? Of course not.

Nowhere does the Globe mention how exceedingly generous the severance packages are to begin with. Also when the Globe called Bank of America for a comment on this situation, the Bank asked what the Globe would do if that situation arose for its employees. The Globe reporter’s response was that what they would do is irrelevant, “you (Bank of America) are a big corporation and you should eat the loss on the overpayment.” I guess that with thousands of employees and $3.3 billion in revenue, the New York Times (parent of the Globe) doesn't consider itself a big corporation.

The Boston Globe explains much of the economic illiteracy in New England. The bad news for them and their political accomplices is that the information pipeline is widening. 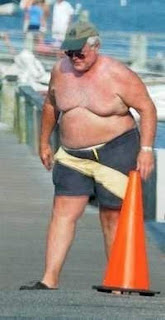 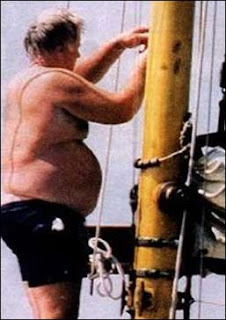 Ted needs to lay off the pork. No?

Wasn't he at one time an avid swimmer? Hard to believe.
Posted by CaptiousNut at 6:27 PM

Email ThisBlogThis!Share to TwitterShare to FacebookShare to Pinterest
Labels: bank of america, boston

I just saw our president on TV, speaking his eulogy of Teddy. An excerpt:


"Ted Kennedy has gone home now, guided by his faith and by the light of those he has loved and lost. At last he is with them once more, leaving those of us who grieve his passing with the memories he gave, the good he did, the dream he kept alive, and a single, enduring image - the image of a man on a boat; white mane tousled; smiling broadly as he sails into the wind, ready for what storms may come, carrying on toward some new and wondrous place just beyond the horizon. May God Bless Ted Kennedy, and may he rest in eternal peace."