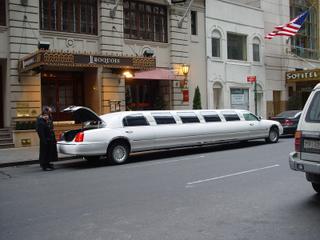 With energy prices so "high" these days, I will no doubt be doing plenty of Marginalizing on this subject.

Bill O’Reilly, econo-illiterate that he is, has proposed that oil companies lower their prices by giving back half of their profits to consumers. That is fine Bill, but you won’t accomplish anything this way and in fact will exacerbate the problem.

If Exxon, Chevron, et al accede to your shameless populist suggestion, then they will have half as much money to reinvest towards more exploration and production. Do you really think cutting such would LOWER energy prices?

Others have suggested "windfall profit" taxes on oil companies. This won’t work for the same reasons. You will be taking away money from oil exploration budgets and you will encourage companies to move business (including oil sales) to lower tax locales. The truly "populist" stance would be a TAX REDUCTION on oil companies to free up more capital and help increase supply. But instead we have to hear about "price gouging" and big business bashing from almost every media outlet.

Back to Bill. If Exxon’s profits were halved, either by taxes or Mr. O’Reilly’s suggestion, its stock price would halve as well.

If you don’t think that is a big deal, then contemplate this. Exxon is a $380 billion market cap company. If its stock declines 50%, then investors, mutual funds, and pension funds will collectively lose $190 billion. Then you would have to halve shareholders’ equity in Chevron, BP Amoco,... Yeah Bill, let’s take a few hundred billion bucks from investors.

O’Reilly won’t shut up about OPEC, "alternative energy", or "SUVs". His poll question last week displayed yet another layer of ignorance. He asked:

"Should we tax vehicles (SUVs) that get less than 15 miles per gallon?"

I sent my pithy email response that of course was ignored.

SUV’s are already taxed more since they are less fuel efficient. Remember, gas taxes accrue on a per gallon basis to the tune of over 30 cents per gallon.

Next week maybe Bill will poll his audience:

"Is the Pope is Catholic?"

Too many idiots think that if everyone simply drives a smaller car, then fuel prices will decrease. But these dolts need to look at Europe. All of their "small" cars haven’t given them cheap gasoline!!!!!!!!!!

The conservationist movement is based largely on economic ignorance and some obtuse sense of moral superiority.

The people who recycle and drive hybrid cars think that they care more about the Earth than SUV drivers and their wasteful brethren. In other words, their environmental agenda is actually peripheral to or more accurately derivative of their egocentricity. It partially explains why there are so many contradictions and logical gaps within environmental propaganda. After all, there are laws of nature and economics but there are no such rules for self-appraisal.

Therein lies the misguided notion that individual people can affect global energy prices. Bill O’Reilly speciously argues that since we (America) represent 25% of oil demand, the largest for any country, that we could stop buying gas on Sunday and both teach the oil companies a lesson and lower the price of oil.

Bill, the rest of the world consumes 75% of oil so "we" don’t determine the price. Enough of this arrogant and misguided self-absorption.

I have covered this before but will reiterate. Red flags should rise whenever you hear a pundit, academic, or politician try to parse the demand component of something’s price, especially something as multivariate as energy prices.

Demand parsing is usually impossible because of imperfect information and the inability to compute price elasticities and whatnot.

Bill really has that wicked combo going on - economic illiteracy and intellectual arrogance.

Given all of the above, I hate to call Bill O’Reilly a capitalist, but at least as a commentator he has successfully maximized his audience. He toes a line, fashionably taking shots at “both sides” and has cemented himself as a modern day populist.

His crusades on Jessica’s Law (stiff penalties for child molesters) and “high” gas prices are designed to appeal to as many people as possible. For those of you that are unaware, his show is easily the most watched show on cable.

The problem with populism is that it binds one to present day sentiments. If O’Reilly gave me his show for tonight I might say:

"First of all, gasoline is still not that high. Second, oil companies are not ripping anyone off. Third, all you greenies can buy hybrids and curse SUVs….but none of this will lower the price of oil. And lastly, all of you old people out there are responsible for today’s energy prices. That’s right y’all elected economically illiterate Congressmen for decades and never demanded that they address the energy needs of the country. You old people in the northeast will especially deserve your $10,000 heating bills this winter."

…..but if I did, my career as a populist would be short.

Populism often puts Bill in a tight spot and when it does, he consistently opts for likeability over accuracy. I guess it is better than the New York Times which eschews both.

Make no mistake, O’Reilly is a force these days and the other networks and shows are subtly trying to ape his rapid-fire and confrontational show. For example, CNBC has tried to get Congressmen to go on air and “defend your pork”. Of course not many pols have taken the bait because CNBC is quite ignorable. But one Ohio Congressman came on and defended a $3 million per year subsidy for a Packard car museum in his district. His argument was simply that many rich people will patronize the museum and help the local economy and that his constituents pay “gas taxes” so why shouldn’t they get some back. I was yelling at the television:

“those gas taxes are for the roads…….and if there are plenty of rich people interested in Packards….then surely they could privately fund the mere $3 million subsidy...”

But all five CNBC anchors were speechless and impotent to mount even the obvious counterarguments. They tried to be confrontational but clearly lack the required skill set. 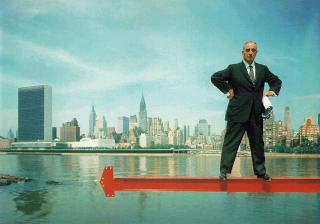 that populism is but a “slender reed to lean on....”

(Moses was the populist exemplar while he crusaded for parks in New York, but has suffered quite the ignominy ever since. The tome on Moses is a must read.)
Posted by CaptiousNut at 6:26 AM

I do agree with most of this post, particularly the argument that taxing oil company profits will exacerbate the problem.

but did the old people like me really elect "economically illiterate Congressmen for decades and never demanded that they address the energy needs of the country"?

In 1980, I walked door to door for Ronald Reagan and for conservative congressional candidate Jack Fields. After they were elected they did address the energy needs of the country - by eliminating windfall profits taxes and removing price controls on gasoline. The nation enjoyed very cheap gasoline for the next 20 years.

Please recall that Jimmy Carter frequently warned that the world would soon run out of oil. Instead, the hands off policies of Reagan have resulted in world oil reserves that increased every year for the past 25 years. The world's "proved oil reserves" - an industry term meaning the recoverable, proven oil remaining in the ground - are now double what they were when Carter left office.