NBA Salaries, a Medley of Socialism and Racism 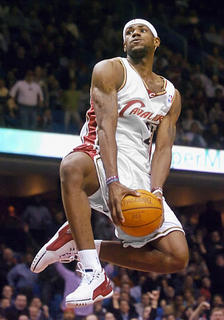 A few years ago, the NBA instituted a rookie salary cap. It was more than a cap, it not only limited how much rookies could be paid, it actually enumerated the amounts, basing them strictly on draft position. This also begs the question of why rookies would hire agents to “negotiate” their first contract and have to pay them a percentage of their first deal.

Why did the NBA institute this? They did it to discourage young players from turning professional. The league thought it would be better served by having more mature rookies. Some people think they did this to depress one end of the pay scale and therefore save the owners some money. After all, their franchises are theoretically worth more if they pay out less of their revenues. On this point I completely disagree. Savings in one area are usually squandered on others: veterans’ salaries, new arenas, a team charter jet, etc. Also, what followed this failed initiative further buffets my claim.

Of course the rookie salary cap failed. It actually opened the floodgate for high school players entering the draft. Prep school stars correctly figured, along with help from their “agents”, that the sooner they got the ridiculously low rookie contract over with, the sooner they could reap the lucre of free agency. In other words, if they entered the NBA at age 18, they could sign a limitless contract by age 22. But if they went to four years of college, they wouldn’t have this opportunity until they were 26.

In 2001, an unprecedented five of the first eight players drafted were high schoolers. This trend continued right through 2005. 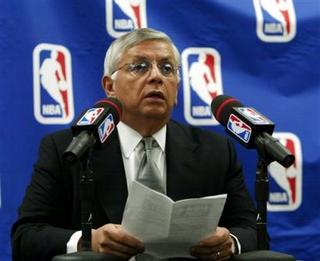 So NBA Commissioner David Stern actually achieved the opposite of his goal. But this wasn’t anomalous - this has happened every time a socialist has arrogantly tried to regulate prices (wages) to generate an intended result.

It took Stern five years to realize that the best, and perhaps only, way to keep young players out of the league is to simply ban them. He did that this summer by instituting an "Age Limit" or more accurately an age minimum of 20 years old to play in the NBA.

I have addressed what Stern has tried to do and its failed consequences. But now I want to talk about the virtue, if any, of his goal.

Why limit young players in the NBA? Tennis and golf have no problem with teenage phenoms nor do baseball and hockey. The answer is that the NBA is fighting an image problem. Older white men have been tuning out pro basketball for a decade. Whatever the reason, lower scoring, fewer white players, or negative perceptions of the players, the league is trying to regain these fans. David Stern and his "posse" really believe that if guys come into the league as 20 year olds, it will improve the marketability of NBA players.

So here we have a league that started out by limiting what players could earn and then graduated to banning young players from earning money entirely. The league is 90% black and this has purportedly been done to cater to old white fans. I hate the term racism because it is all too often abused, but this is a clear case of it. One thing I think is worse than overusing the racist label is when real racist elites get away with crap like this.

Hey CaptiousNut, maybe you are going too far. Maybe Stern is just trying to improve the level of play…because young players lack fundamentals and maturity...?

Well then why did the NBA just institute a jacket and tie dress code for players? 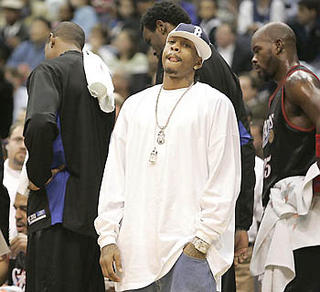 My wife told me that they should just say "no jeans" or something. As I told her, if the league tried to explicitly itemize the attire they don’t want players wearing, it would be:

No baggy jeans, no more than 8 gold chains, pants pulled to within 6 inches of the waist, and no throwback jerseys.

…and this would go against the league’s policy of only subtle racism allowed.

Now let me reiterate, I hate the term "racist". The word is so abused as to have lost meaning completely. For instance, I could argue that the public school system is racist. The schools are bad and most black kids go to public schools….therefore public education is a racist institution. After all, if cops pull over more blacks they are deemed racist, so the same oversimplified logic should apply. Yet every politician who pushes for vouchers and school choice is deemed a racist as well. So it is racism to condemn blacks to public schools but it is also racist to move them out.

I don’t really think the NBA is racist. My intention was to illustrate that they are getting away with stuff that would otherwise be labeled such if it were done by the police, George Bush, Mormons, etc.

I think the NBA is stupid to try and woo the old white demographic. My regular blog readers may already know this, but two groups that I Marginalize a lot are old people and young kids. Far too many older people haven’t had an original thought in decades and most young’uns, they just haven’t had any at all. Does the NBA really think they can change the minds of recliner-bound, fixed income, old guys like my father – who spends half of his waking hours dozing off under a vapid newspaper?

The NBA will be fine if the quality of its games improves, i.e. more scoring. The real reason the league hit a rough patch with the fans was another botched socialist attempt at regulating the game.

About twenty five years ago, they instituted the illegal defense rule which basically eliminated zone defenses. The league didn’t want teams double teaming its headline stars. In other words, they wanted to cultivate the superstars in hopes it would drive ticket sales.

But in the real world, actions have reactions. In this case, the elimination of zone defenses forced teams to guard every single player, whether they merited it or not. This misguided rule protected guys who couldn’t shoot because an opposing team couldn’t penalize these non-scorers by leaving them open. Anyway, scoring declined steadily until last year when they eliminated the illegal defense rule. So the points are on the way back, but time will tell whether on not the fans return.
Posted by CaptiousNut at 2:07 PM

I like this article some very good points... check out my site at http://lcnpub.com/sports.html and the latest piece on the dress code.