Rudy's Last Chance to Save NY and America 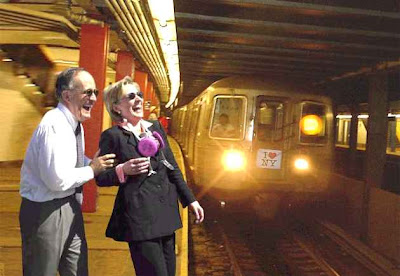 Posted by CaptiousNut at 8:23 PM

Frankly, I'd push them both in.

I think if Rudy really wants to save America he should be willing to take Clinton down onto the tracks with him.

Right now, the Dems have a good chance to win in 08. If somehow they can engineer a recession between now and mid 08, then they will have the White House, the Senate, and the House. Socialism in America is only one recession away! Scary thought.

The Mises people think it's coming this year.

A friend of mine also said an economist/friend he respects believes it's coming this year too, and not just a recession but a depression.

But then again, there's always someone forecasting a recession/depression ever year.