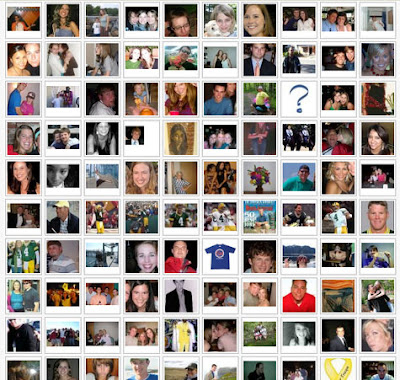 Recently, I sent a YouTube clip titled The Facebook Skit to my college buddies and we laughed our collective asses off.

The Facebook was, at least back in 1992, a headshot photo compilation of incoming college freshman. After the University of Pennsylvania admitted me, sometime that spring or summer before the first semester, I received a notice in the mail asking me to send in a picture of myself for inclusion in the book. Like most others, I sent in my high school senior portrait. Upon arriving at Penn in late August, I found my "facebook" already sitting in my mailbox.

What a profound resource that was. First of all, if you met some girl while you were inebriated, in the oft chance you remembered her name or something about her appearance, you could research her further via the facebook. Back then, only name, matriculating high school, hometown and current dorm were among the data provided. But this was way better than nothing. And of course you could get a firmer grasp of her physical attractiveness than your memory would otherwise permit - with allowances made for the freshman 15. You could see whether she was in Wharton, the College of Arts and Sciences, the School of Engineering, or the Nursing School. And you could ethnically profile her by her last name. Annoyingly, many kids out of the 2,000 undergrads did not send in pictures of themselves; in those cases stalkers were out of luck.

Watch the video and then I'll elaborate some more.

Obviously, the facebook (or meatbook) has migrated to the internet and been greatly enhanced.

This parody really hit home for me and my buddies because it was done by a UPenn a cappella group. We stalked girls on those same bricks of Locust Walk - only we couldn't so easily learn the hobbies of young ladies and "poking" them had to be done over the telephone. (To "poke" essentially means to say hello in computer programming speak. Did you think it meant something else?)

At the 2:45 mark of the video you see the stalker's time-annotated map of where and when his victim would likely be. One particular friend of mine basically did the same exact thing for a blonde chick he was smitten by. He knew where the young lady ate, at what precise times, where her classes where (Penn is a huge school), and thus where she'd likely be walking on say Tuesdays and Thursdays at 10:30am when her Management 101 class at Steinberg-Dietrich Hall let out. Anytime someone in our clique saw her, the "sighting" was immediately relayed to the stalker so he could update the map. When a new semester started, it was a veritable mad scramble to learn her new schedule. Our friend essentially turned all of his buddies into accomplices. I occasionally google that particular blonde even to this day. I can't help it - even though I never liked her a little bit.

Are you a loser if you sit in your room and stare at the facebook? As Bill O'Reilly would say, let the folks at home decide. For the record, though I was only at Penn for 3.5 years, and there's really only an avenue for you to purchase your own class' facebook, I actually procured five year's worth of facebooks (1991-1996). I would disclose my methods but am unsure of the statute of limitations on federal mail tampering.

Real studly men needn't have ever opened a facebook to research or stalk fair ladies. But for most of these guys, college (and high school) was the apex of their lives. What a crying shame to peak so early in life. They'll most likely be the parents screaming at Little League and Pop Warner games, trying to vicariously reclaim the glory of their own lives through their children. The analogue to this guy is the mother who gets disturbingly excited for her own daughters' proms. If you've ever seen such an animal, you'll have to agree that these moms are pathetically trying to recapture a part of their own youth.

So yeah, I spent some time thumbing through the facebook. My personal stalking of a few girls never approximated the depravity of my buddy's; and it would have happened even if the facebook didn't exist. Blaming the facebook for stalking is like blaming spoons for making Rosie O'Donnell fat. I have no qualms admitting stuff like this. It's not like I am Rich Karlgaard, who admitted to zillowing his old girlfriends' houses. He wanted to see if any of them "did better" than him for a spouse. The difference between me and Rich is, number one, I am not a publisher of Forbes. And number two, CaptiousNut is an alias. 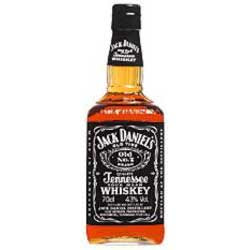 In April of 1996, even though I had already graduated in December and started market-making on the Philadelphia Stock Exchange, I went to Spring Fling, UPenn's annual drunken bash. Late at night, I was in a High Rise elevator with my buddy, the depraved stalker described above. Some random girl got into the elevator with us and my buddy struck up a conversation. (all names are pseudonyms)

Stalker - Yeah I am Bob. We met at a frat party.

Lisa - Which one? [with a palpable cynicism]

Stalker - I am not really sure.

Lisa - When was it? [with prosecutorial conviction]

The young lady was not buying any of it. She just wanted to get off the elevator and did so as fast as possible. What a b*tch. It's astounding the prejudice often shown towards men in our society who've recently consumed a fifth of Jack Daniels. I turned to my buddy,

CaptiousNut - Who the heck was that?

Stalker - That was Lisa Smith.

Stalker - How could you not know who she is? She is right next to you in the facebook.

I was blown away.

How the heck could he recognize a girl in the wee hours of the morning at the end of a massive drinking binge? A girl he admitted he'd never even seen in person during four years of school, no less from a high school picture that was four if not five years old?

For the most part he was staring at my facebook collection, so I unwittingly enabled his perversion. Sometimes I would come back to the dorm and find him laying on his bed with the facebooks fanned out atop his unopened text books. Whatever a black light would reveal about my facebook collection....let's just say that I am not really interested in learning.

(Ironically, a black light is also known as "Wood's light".)

Go ahead and judge us Penn Quakers. But you probably have no idea how terrible the selection of girls was at that school. We needed every possible resource. If you went to a school full of desirable women like Texas or Florida State, then this post will surely be lost on you.
Posted by CaptiousNut at 8:38 AM

I've gotta say, reading this reminded me of the very unhealthy use of Facebook among many of my co-eds at NYU. I am sure this "problem" is playing out at schools all around the country.

I get a kick out of the Facebook phenomenon for a number of reasons. For one, so many people (girls especially) spend SO MUCH TIME updating their Facebook profiles, putting wayyyyyy too much detail and personal information in there. So, the person's friends probably know all of this information about the person, so they must be putting it in their for strangers to find and befriend them, right? WRONG. If you were to ever find someone on Facebook with shared interests and approach them in person, they'd freak out as soon as they realized that's how you found them. You're "weird" for doing that, and they're not for their exhibitionism.

Another irony is the Facebook "wall" feature. This is a little personal message board each profile has that allows other users to post idiotic messages to the person that everyone else can read (as opposed to the equally idiotic intra-site private messaging system... every university gives it's students free e-mail now, but that's just not cool as a means of communicating with someone else). Because Facebook keeps track of stupid things like birthdays, etc., you get every person on a user's friends list (or even entire network, including all relevant stalkers) posting happy birthday wishes, good luck on finals, etc. I knew one girl who deactivated her profile for a week in protest because she wasn't getting as many wall posts as she used to and she wanted people to feel bad for her. And they did.

Speaking of the wall... it's very common for ROOMMATES to write on each other's walls (again, especially with girls). It's just another form of juvenile flattery. Go out and do something stupid last weekend with your roommate? Post a semi-cryptic message about it on your roommates wall so all the stalkers reading it think you're interesting.

I finally got the nerve to delete my Facebook account at the beginning of this semester. I realized it wasn't doing anything to enrich my life and that, if anything, it was kind of a creepy use of time.

Also no one was posting on my wall anymore. :(


(Kidding, I deactivated my wall a long time before that because I was tired of people writing moronic feel-goods on it.)

So if you meet some young woman that you fancy, you won't research her further on facebook.com?

When they plaster their profile with inanity, that is still actionable information - even if nothing more than a "forget about her" signal.

As I have said before, you'll be surprised at how fast girls preferences and priorities change when they are a year out of college - much to the chagrin of bartenders and football players.

you two seem to have a connection. have you guys ever met?