A Bear In The China Shop 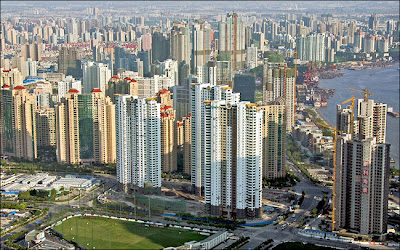 Alright, I read Jim Rogers' A Bull In China - Investing Profitably In The World's Greatest Market the other day. It's an effortless 200 pages.

I always take notes when I read but didn't jot too many down on this little potboiler.

Here's the deal, as of 2004, Chinese workers earned on average 64 cents per hour compared, er contrasted, to the average American who made $21.11. So obviously, there's a gap to potentially close. Rogers maintains that investing in China today is like investing in America in the year 1900. That sounds pretty enticing, does it not? Click the following graph to enlarge. 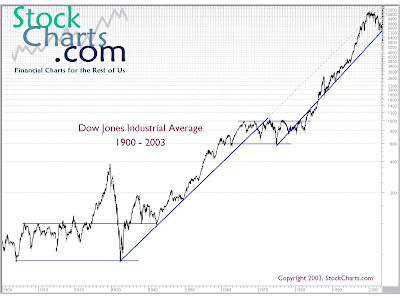 But, as you can see from this 100 year chart, investing in the Dow in 1900 wouldn't have done much for you for 40-50 years. Herein lies one of my problems with Rogers' advice - his time horizons are too long. What the heck isn't going to go up in 40-50 years?

For sure, China has a nice fundamental story. They speak one language, are industrious, entrepreneurial, and hefty savers. The nominally communist government has been liberalizing commerce and unlocking the energy of its one billion citizens. You don't even have to go to China to see how hard the Chinese work. Just think about your dry cleaner or your local Chinese restaurant. Do you know ANYONE that can match their national average of saving 30% of their income?

This tremendous savings (and possibly reinvestment) really geeks the Sino bulls up. It also stokes America deprecators who see the US as lazy and addicted to debt-financed consumption. On this point it's very hard to defend the old Red, White, and Blue. (For the record, my wife and I do save over 30% of our annual income - mostly because we rent and because of my jeans.)

To Rogers credit, he doesn't tell you what or when to buy, specifically. He profiles all the big public Chinese companies and prescribes how one might buy shares on any of the various exchanges they trade on. He advises over and over, in all his books, to do your own homework. Wall Streeters usually refer to this as you own "due diligence". With this tack I couldn't agree more. Investors/traders always have to be comfortable with their bets - otherwise they'll be shaken or scared out of them by periodic market volatility.

Here's another window into the "smallness" and potential of China's economy:

What it means, is that since essentially no one currently drives in China, there's plenty of upside for its domestic automakers, auto parts suppliers, road builders, motels, tourism, restaurants, etc.

This is Jim's recurring thesis of Chinese investment - that all their industries are still in the infantile stage. One of the differences between America in 1900 and China is 2007 is that China doesn't have to invent anything. They are simply importing ideas, know-how, and capital from proven industries. So conceivabley, China's prosperity should be on a faster track than that of America circa 1900.

So, what about the downside to investing in China?

As with any investment, PRICE is paramount. Above find a graph of the FXI, an index of 25 tradable, large Chinese companies. As you can readily see, it's more than tripled over the past three years. Rogers would suggest you buy and forget about it - because of the far-sighted prospects. But I could easily see a 50%-70% pullback in the meantime.

Just as with commodities, I am sold on Jim Rogers' China Bull thesis but I am going to wait for a substantial decline before making any long-term investments. The risk of course, is that I'll miss the boat. If you go read my old post on Hot Commodities, you'll see that I am still waiting for a dip that hasn't come.

So what would make the Chinese economy hiccup?

First off, a financial disruption. There are still no accounting standards or transparency for banks in China. Everyone knows there are billions of bad loans hidden on their books. These time bombs remain sheltered by the froth and mania of today's investment euphoria. Money has been pouring into China from both productive self-generation and through intrepid foreigners. Fraud and shenanigans always follow the easy capital - just note the role of abundant funds in today's American subprime mortgage calamity.

China also will have the normal growing pains of a rapidly transforming country. Social upheaval of some sort is all but guaranteed by the ongoing emigration of millions of poor Chinese from rural to urban areas. There have been peasant uprisings in China since the beginning of time. And no one can predict how the liberalizing, but still latently authoritarian, government will react to social uprisings. Even our mature, tried-and-tested government doesn't perform so well in crises. 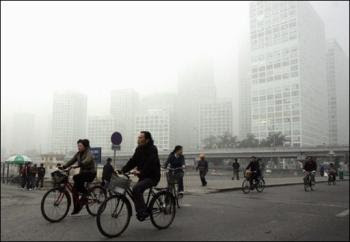 Now add to the social growing pains, the strain of a hyper-growth economy on infrastructure. China is already one filthy country - quite contrary to the fawning of Al Gore. Their rivers are veritable sewers. Seventy percent of their power is generated by dirty coal. Even though there are only 24 cars per thousand people, automobile exhaust is already a problem in the cities. Here's a headline from just the other day.

Beijing air pollution 'as bad as it can get,' official says

China's other big environmental problem is a serious water shortage. Water isn't just for drinking. Something like 70% of water usage in the US is devoted to agriculture - so you can flush your toilet with impunity! Since China has over a billion mouths to feed, they need water to grow domestic crops. The alternative is of course to import food, e.g. soybeans. 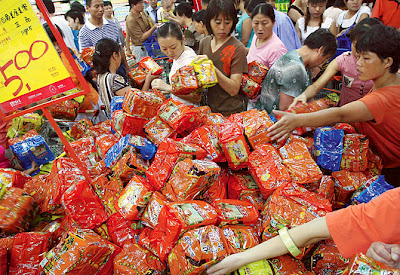 Similar to the US, a big looming financial problem for China is inflation. So what does it emanate from? An artificially weak currency? Rapid economic growth? Is it a US export? I'll let others argue over the origin. It suffices to say that Chinese inflation is rampant and it's causing problems. Here's another link on Chinese inflation. 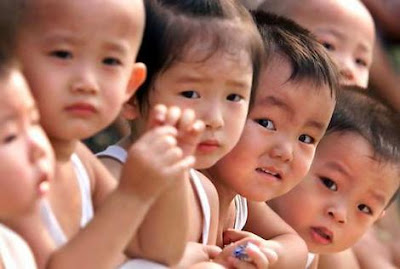 My last caveat about China concerns its demographic issues. The long standing one-child policy has begotten a nation of spoiled brats. This was alluded to in an older post on Mark Steyn's book. Steyn argues that the demise of Japan, the most recent can't-miss Asian super-economy, was unavoidable due to their aging, sterile population. In short, young people are hungrier; they work harder; and are the lifeblood and oxygen of a vibrant economy. Steyn is no financial analyst, but his argumentation is tough to discount. 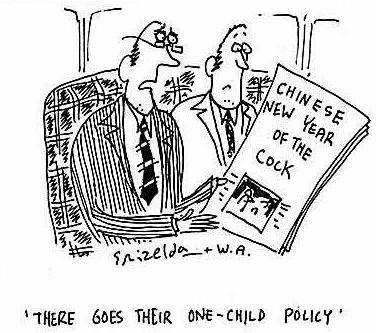 So commodities are the "Best" and China is the "Greatest"?

I can't wait to see what superlative adjective he whips out for his next book!

Anyway, he says if you want double exposure, then you should buy Chinese commodity plays. That makes a ton of sense.

But for now, I am not buyin' nothin'. I am still more of a trader than an investor - a point that I hope to expound upon in a subsequent post.

Jim's book did however pique my interest in China. I've erased a monitor page on my trading application and refilled it with Chinese names. I am going to look to buy big dips and short into steep rallies. It's all but a 100% likelihood that the Chinese stock market is going to crash - with only "when" and "from what level" yet to be determined. The Chinese will surely revalue their currency soon but I bet they wait until after the Beijing Olympics for fear of negative consequences.

For the sake of all, let's hope these Games don't represent for China the top of a sucker's rally like the 1984 Winter Olympics did for Sarajevo.
Posted by CaptiousNut at 2:29 PM