Why Big Science Is A Joke Today 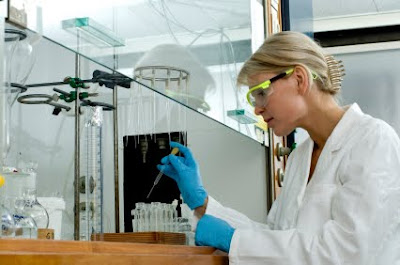 It's been shown that *scientists* today are the most intellectually monolithic voting block. They vote for the *same party* (take a wild guess) even more consistently than African-Americans - well over 90% of the time.

So in a convoluted sense they are right that there is *no debate* on scientific issues like anthropogenic climate change....and the utility of the metric system.

Why exactly is there no debate?

That's a discussion for when we have more time.

But today I want you to click here and read (skim by necessity) one scientist's efforts to simply add a comment to some published academic research that he thought was bunk.

A quarter of the way through that litany I thought for sure it was rank hyperbole - if not a joke. But Prof. Rick Trebino claims it's a real life play-by-play of what happened to him when an academic journal published a paper that pretty much contradicted his life's work.

Let this be a reminder that one should always look askance at *what researchers and scientists* sell us these days.

Remember, they are not really scientists in the true sense of the word.

With their rank censorship and obscurantism, they are better described as today's high priests of information.

I submit that Big Government should not in any way shape or form be subsidizing *research* and that every flaw, communicative and otherwise, within today's scientific community descends from that fundamental corruption.

But again, add that on my list yesterday of outrages so far from the public consciousness that they don't stand a chance of ever being debated - no less rectified.

UPDATE - I changed "anthropomorphic" to "anthropogenic". See comments.
Posted by CaptiousNut at 7:48 AM

You may be right - though I've see the latter more often.

I'll have to take a minute to look at which is more appropriate/accurate later on.

(Following your link.)
That is stunning.
The difference is large:

OMG, the eco-morons (yeah, redundant) can't even get this right.

Yep, you are correct. I am changing my modifier.

As for the eco-pagans misnomer....

In fairness, that's a relatively small inaccuracy in their portfolio!

Thanks again for setting me straight. The last thing on Earth I want to do is sound like those clowns.

A quick inspection reveals to me that users of the term "anthropomorphic" with respect to climate change are generally skeptics or non-native speakers.

That's why you've been seeing that term more often- I suspect you spend more time with the skeptics.

ACTUALLY, I don't have time to hang out with anyone these days. I barely have a minute to read my email.

Plus, I live in Massachusetts. And my entire family here is what you would call the opposite of *skeptics* on these matters.

The first time I heard the expression *anthropomorphic climate change* was about 3.5 years ago from a good friend.

Was this guy a *skeptic*?

Hardly! This fella is a scientist, with a Phd. from Harvard - and he was very pained to set foot in Chevy Suburban in Cambridge that day.

Charitably, I pulled the passenger seat all the way forward to make his ride as uncomfortable as possible - lest he feel/appear hypocritical among his eco-pagan brethren.

I meant in the virtual world of the interwebs.

Where you do seem to have time to spend- or perhaps you are an extremely fast typer/thinker/surfer.

OK- let's say it all together, "AnthropoGENIC climate change."