Amazingly, the Boston/NY blizzard today is all the *nappers* are talking about down here in Naples, FL.

I mean they ostensibly come here to get away from all that nonsense....but, because all they do is sleep, fart, and watch color television, the little bit of snow up there is still dominating their tiny jurassic minds. One guy at the pizza place today gave an in-depth, up-to-the-minute, play-by-play of all the snow that has already fallen, what kind of snow it was, what regions would be hit the hardest,...he went on about travel bans, institutional closings,etc....ad nauseum.

I heard, through my covered ears(!), that there were gas lines up on Long Island again. Of course I predicted that after the hurricane.

All the Morons will run out to buy milk, bread, eggs, and now GASOLINE every time a little weather is on the horizon - FOR THE NEXT SEVERAL DECADES.

I've long since stopped trying to get people to pull their kids out of school. Sure I have a website and I answer direct questions to the extent (tiny!) that I sense they are serious inquiries....but I've wasted too much breath trying to jam the mere possibility of *another way* into the hermetically sealed minds of regular folk.

My latest crusade has been against color television, video games, and staring at nonsense on cordless cell phones.

I've been on this one for a while now and the other day I realized that NOT A SINGLE PERSON I had preached to thought about what I said, no less changed any behavior, even a single iota.

My eyes are peeled, but I can't or at least haven't found ANYONE, ANYWHERE, who not only agrees that passive media consumption is nothing short of a death sentence, but takes the deliberate prophylactic steps needed to keep all this nonsense at bay.

"Oh, my kids ONLY watch one hour per day of television..."

"After school I allow video games so my kids can decompress..."

Oh boy, and today I heard someone extol the educational benefits of *Mine Craft* (or whatever the eff it is called). Apparently this *game*(?) is the UNDOING of many of my Asian math students. They tell their parents they are doing Khan Academy for hours on end - but THEY LIE.

Of course the *news* isn't real. It's someone else's, manufactured, processed, genetically-modified drama.

Alright, enough. These posts make me angry when I'm otherwise in a state of profound bliss. 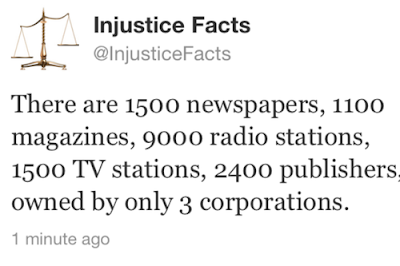 If it makes you feel any better, I just turned off my TV.

Much better adult content on the WWW anyway, right?

Only a Moron would lay on their back and watch Baywatch nowadays...