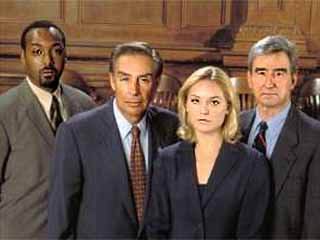 Watching Law & Order the other night got me riled up again at the anti-SUV nonsense.

On this latest episode, some guy tried to commit suicide by crashing his “SUV” into a commuter train. Of course he ended up killing 12 train passengers...

In the show, they must have said, “SUV” 50 times or so it seemed. Nobody but these anti-SUV whackos uses the term “SUV”. It is just a “car” to everyone else.

I take my Ford Explorer to the CARwash and put my infant son in a CARseat. Probably no one has ever asked, “where can I park my SUV?” or “should we take your SUV or my SUV?”

“SUV” has turned into a propaganda term by the agitators of class warfare. Google “SUV” and stories like this, this, and this will dominate your search results.

Here's a headline from the Boston Globe (February 2004): "Teacher dies after SUV strikes her in driveway." The subhead lets us know that her ex-husband is to face murder charges. Ah. So an embittered ex runs down his wife, but the SUV did it. Would a BMW have killed her any less? I'm just asking.

Here's the Alameda Times-Star (September 2003): "Swerving SUV kills 92-year-old woman." If we read the story, we learn that the woman was killed when the SUV was sideswiped by another car, forcing the SUV onto the sidewalk. And what was the make of the swerving car? Doesn't say. Doesn't matter. What's significant is that the SUV killed the poor woman.

Here's a CBS Internet headline from November 2004: "Man dies in SUV accident on Long Island." You'd think the SUV picked the man out of a crowd and iced him. In reality, the man crashed his Ford Explorer into a cement barrier after sliding on a rain-slicked road. Presumably, he'd still be alive if he'd been driving a different vehicle.

On my recent trip out to Asheville, I decided to scream every time a so-called fuel efficient car cut me off,sped by, or dangerously weaved in and out of lanes. (Those little cars with the fluorescent, lit-up license plates seem to be disproportionately dangerous.) I was yelling my head off for the whole trip much to the dismay of my captivated passengers. The point of my histrionics was to show the idiocy of the “SUV drivers are more dangerous” canard. Yes, I have seen the dubious insurance reports that try to show SUVs involved in more accidents than other cars. These conclusions are so specious it chafes me to have to debunk them. None of these studies consider the other multitudinous factors in car accidents. For instance inclement weather – the anti-SUVers point out that smaller cars don’t get in as many accidents in rain, ice, etc. But maybe owners of these cars don’t drive when the roads gets dicey. Or maybe weather, and not car type, is the main factor in accidents and people in climates prone to these conditions just don’t buy the so-called fuel efficient cars in these areas.

They have theories that smaller cars are vulnerable and so their drivers drive more defensively. In contrast, SUV drivers feel safe and secure (remember they think they own the road) and therefore drive recklessly. The propaganda is unending and it demonstrates what an otherwise unnotable teacher of mine one said, "...if you look for the negative in something you are always going to find it..."

Here is a well written hit-piece on SUVs. He gets in nearly all of the anti-SUV talking points and even provides a few links to back his claims. He describes SUV owners as stupid, environmentally irresponsible, reckless, victims of false advertising, arrogant... This article couldn't illustrate any better my claim that anti-SUV sentiment is a briocolage complaint and a weapon of class warfare.

One claim he did not source is "97% of all SUV's on the road are single occupant..."

As I have pointed out before when discussing the oversimplified miles per gallon metric of choice for anti-SUVers, if there are consistently more passengers in SUVs than in other cars, their metric is not relevant. All I could find to support this (other than common sense) was an older study that ranks SUVs ahead of subcompact cars in terms of passenger miles per gallon.

Taking off for a week to drive my SUV, I mean CAR to the Outer Banks. If I don't see any fuel efficient cars stuck in the sand, will that mean that the Prius, Accord, et al are good off-road vehicles? I guess by some people's logic. 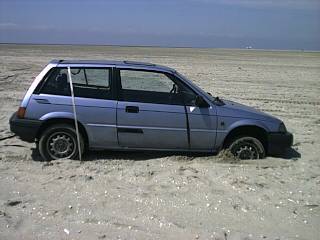