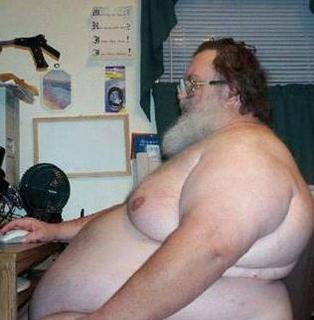 Like almost everyone in Charlotte, North Carolina, I am a recent northeast transplant. All this year I have had to explain to my residual northeastern family and friends why I love it so much down here (mostly because of the people, the weather, the golf, and the cost of real estate). I was even recently mocked for my effusive Charlotte praise by a bitter Bostonian. Of course, I have lived up there whereas he has never set foot in the Queen city. Just about everyone who has bothered to visit has left in accord with me on Charlotte’s merits.

The misconceptions about Charlotte, and I guess the South, run rampant up north. At some point I will do a Charlotte blog. But one question that I have been peppered with quite frequently is “Is everyone fat down there?”

Before I discuss the nascent Obesity Police, I want to address the economics.

First of all, unbeknownst to most people, food is extremely cheap today. Americans spend only 6% of their personal income on food. That is down from about 16% in 1950. Food prices have been in constant decline for over 100 years.

“In America today, food is cheaper than it has ever been. The Federal Reserve Bank of Dallas reports that in 1919 the average American had to work 158 minutes to buy a three-pound chicken; nowadays, 15 minutes get you the bird. Americans spend less than six percent of their after- tax income on groceries, a figure so low they can afford to spend another four percent eating out. It's likely that in no other country is food as cheap as it is in the United States . The U.S. Department of Agriculture, using 1996 data, reports that the Japanese spend 16 percent of disposable income on food, and the Germans 17 percent. But even those figures pale in comparison with Third World countries. People in India , for example, still spend nearly half their disposable income on food.“

Now this explains why our grandparents are so fanatical about saving leftovers, bacon grease, and their doggie bags. (I know a caterer who tells me that the grandparent demographic often asks for doggie bags at wedding receptions!)

Contrary to popular opinion, people don’t eat out more now because they can’t cook, that is mostly a side effect. People outsource meals because of cost and time-saving factors.

“In 1919, after all, you not only had to work 158 minutes to earn that chicken; you also had to spend a lot of time plucking it, cooking it, serving it, and cleaning up afterward-instead of just stopping at KFC on the way home from work.”

Back to the Obesity Police. There are many people, and I can’t really stereotype all of them, that believe obesity is a nationwide problem and a ripe subject for vilification. Much like the anti-SUV crowd, this anti-obesity crusade is also a bricolage complaint and a weapon of class warfare.

The only effect that obese people could possibly have on others is through higher healthcare costs. But here we go again. The fomenters of class warfare are trying to parse the price of healthcare into the healthy and the unhealthy demand components. Just as those irresponsible gas-guzzling SUVs are driving up the price of oil, the obese are strangling our healthcare system.

If the Obesity Police stuck to the healthcare argument and suggested that HMOs be allowed to price discriminate on weight issues for its enrollees, I wouldn’t have any problem with them. After all, life insurance companies do this all of the time – their rates are based on age, health history, smoking or non-, etc. Anywhere you see a “one-price for everyone”, it is pretty much a certainty that price will be high.

But solutions and economic reform don’t concern the Obesity Police. They claim to be looking out for public health, but their criticisms smell more like politics, class warfare, and corporation bashing. If I blamed anyone, it might be insurance companies for not pushing for price discrimination. Or maybe I would just hold the “obese” responsible for their own plight. After all, there are plenty of stigmas and burdens inherent in obesity.

However, the real aim of the Obesity Police is blaming and castigating Corporate America. So the obese must be victims of profit hungry McDonalds, Coca-Cola, Hershey, etc. How surprising is it to see icons of capitalism targeted this way? Not at all these days. Corporation bashing has become a de facto weapon for econo-illiterate politicians, academics, and media.

One of these days I will blog about corporations in general: about the birth of the corporate structure and how paramount it has been for economic development and prosperity. Corporations allow investors to pool capital, limit personal liability, and have fueled the entrepreneurial risk taking needed for economic growth. Do you think the owners of Newsweek want personal liability for the 15 dead from their Koran-in-the-Toilet debacle?

John Edwards and his trial lawyer brethren are licking their chops at the prospects for obesity class action suits. It worked for tobacco and asbestos, but I am cautiously optimistic that it will fail this time. Nonetheless, fast-food companies and other purveyors of fattening foods have modified their fat and sugar contents and started offering healthier products. This won’t stop the Obesity Police and its agitprop (Super Size Me and Fast Food Nation), but they are at least prepared to fight this legal war. It is amazing how food and every other product has to have warning labels and nutritional information on it, yet I have never seen any such disclaimer on a newspaper or magazine. For instance, "Reading this paper could be hazardous to your brain, and it may cause paranoia, delusion, or constipation..."

Everyone knows that big was beautiful a few hundred years ago, but now that food is cheap, obesity is a “socioeconomic” epidemic. Click here to see a racial breakdown of obesity state by state.

I mostly don't care about this alleged obesity epidemic. Yeah, they shouldn't sell Doritos and soda in public schools, but this isn't the cause of obesity. At best, eliminating junk food in public schools would be more symbolic than efficacious. I have a better solution, eliminate free lunch programs. This would save the financially strapped schools systems and would target the "socioeconomic" demographics most in need of help. I am seriously for the elimination of free lunches but the "socioeconomic" argument was tongue-in-cheek. Junk food in schools - that is about 100th in the hierarchy of public school problems. If they ever do lose the junk food, you can be sure there will be little junk food stores opening down the block from many schools.

As a member of the OP, I would say there is something more to it. Just like you can't understand what would possess a person to fill their lungs with smoke, there is a snobby factor with the OP. But I don't think this is snobby in a negative way, it's snobby like "come on, you look bad and you're unhealthy. get a grip". So I wouldn't leave it just at the insurance concerns or the corporate stuff (which I feel is pretty minor in the OP argument).