Market Orders = Brokerages Ripping Off Their Own Customers 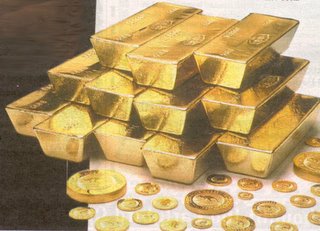 Thankfully I bought some gold stocks and calls last week. They rallied and these gains offset my semi-disastrous short of Apple.

Now I have been a professional trader for 10 years and I rarely ever use market orders, but on Friday I unloaded some Newmont Mining stock via a market order.

(To the layman, this means that I wanted to sell it that instant, at whatever price I could get.)

At the time, the stock was showing multiple bids of 50.44. By multiple I mean that was the bid on the New York Stock Exchange AND on at least two other electronic exchanges for a total of several thousand shares.

Bank of America filled my order and gave me a 50.42 report.

In other words, they filled me .02 below the sizable best bid.

I looked back through the tape (list of trades) and saw that they had traded my shares on the seldom-used Boston Stock Exchange.

Basically, Bank of America has some relationship/agreement or whatever with someone on the Boston Exchange whereby they conspire to rip off the customer.

Now this was, let's just say the opposite of a surprise to me. Every time you give a broker a market order, they will penalize you this way. Thus I hardly ever use such orders.

Probably the Boston guy pays Bank of America say a half of a penny or one penny per share for the right to fill market orders. So when I send my order to BoA, they will earn a commission from me AND a kickback from the Boston guy. 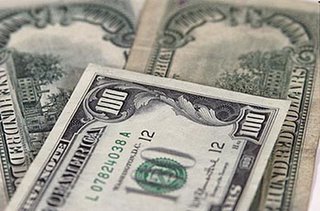 That is a nice little skim job all at the expense of brokerage customers.

Brokering and trading may be the biggest conflict of interest on Wall Street but Eliot Spitzer is only interested in the more politically marketable "conflicts". 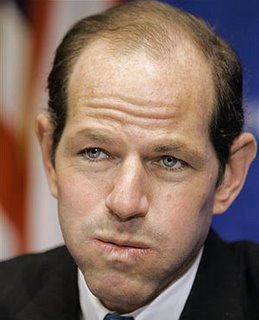 My little example is a microcosm of what happens to almost every single market order on Wall Street.

Nobody, outside of professionals, is really aware of this because they would need a professional trading platform to see this rapid-fire skimming of .02 here and .02 there.

I actually oversimplified a bit what happened to my order. There probably isn't a relationship with "some guy in Boston". More likely, BoA sells my order to some trading desk. When they got my order they no doubt used a computer to find an exchange that had no bids in Newmont as high as 50.44, they found Boston and decided to route the trade through there - actually buying the stock directly from me and simultaneously selling it .02 higher on another exchange.

In other words, they go looking for a quiet place to rip off the customer. All of this happens in a split second.

And these skimmers don't limit themselves to market orders either. Recently I put in a 4.90 bid for an obscure little Nasdaq stock and the only bid that appeared was one for 4.89. The stock traded there and they gave me a 4.90 report. Essentially they bought the stock cheaper than I was willing to pay but decided to keep the savings.

For one penny per share they put my order at risk of being filled. If I had missed that stock I would have had to take them to arbitration. (That stock hit $20 recently - unfortunately I dumped it around $9.)

So now many brokerages tout half a penny per share commissions or so (around $5 for 1000 shares), but bear in mind that it is costing you MORE than that.

Sure, the ripoffs are smaller these days with decimalization and a proliferation of ECNs (electronic exchanges) BUT.... the volume has skyrocketed AND it still isn't right for brokerages to "gouge" their own customers.

IT SHOULD BE ILLEGAL TO BROKER AND TRADE IN THE SAME ACCOUNT.

AND IT SHOULD BE ILLEGAL TO "OUTSOURCE" THIS CONFLICT OF INTEREST TO ANOTHER TRADING DESK.

Look at this erroneous and naive explanation of low commissions for "market orders".

A market order guarantees execution, and it often has low commissions due to the minimal work brokers need to do....

I even saw a brokerage firm that advertised "free commissions on market orders of 5000 shares or more".

I think the firm was called Bend-Over Brokerage. 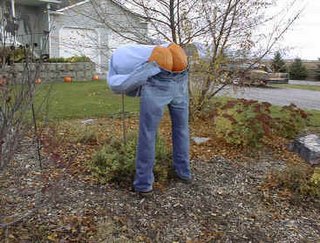