Musings on Morons and the Prior Generation

When I am on the highway, I generally set my cruise control 7 miles over the speed limit. I absolutely can’t stand it when I try to pass people at my constant speed and they decide to speed up. Drivers don’t usually do this to piss people off (except cabbies in New York), mostly it is because they subconsciously want someone else to SUGGEST a speed for them.

The same applies when someone comes flying up to your tailgate, you change lanes, and they follow you. It’s absolutely infuriating. 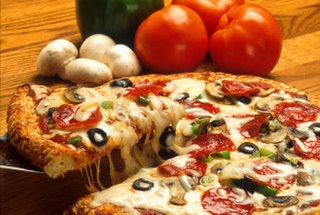 I am not a pizza crust eater. And if I had a nickel for every time someone stared aghast at my pile of crusts and said,

I always preempt the predictable "best part" declaration by screaming back,

I seriously do this and more than a few people have run away thinking that I am a psycho.

I don’t like seafood either. Sure I will eat fried calamari but bird sh*t would probably be edible if deep-fried. Anyway, when offered fish and whatnot I always decline and tell people that I am allergic to it.

When I was younger and less Captious I used to say that I simply didn’t like seafood. But Morons everywhere would persistently follow up:

Could there be a stupider question than that? What do they think that somehow they can persuade me to like it? Or maybe that I actually like seafood and deny myself the pleasure? MORONS!!!

Now since I started feigning the seafood allergy, it has really started to annoy my wife BUT this dollop of subterfuge consistently entertains me.

At a supermarket we walked by the deli/seafood counter and an employee was offering free samples of sushi. She eagerly approached me with the offer, I sneered at her and told her that I was allergic. Immediately she apologized and literally backpedaled. I put my angry face on and yelled:

The girl felt awful and it was absolutely hilarious.

Every time I trot out my allergy lie people get very apologetic and THAT is much more palatable than the insufferable “why don’t you like it?” question. 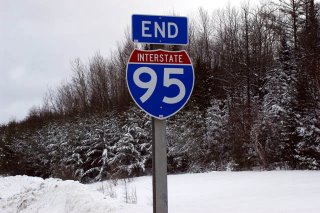 On the subject of allergies...

My mother-in-law happens to be very allergic to my cat and pretty much can’t spend any time at my house. Now I know 95% of my blog readers are thinking:

“CaptiousNut....you are one lucky bastard”,

...but that is not completely the case. I happen to love my mother-in-law (i.e. she reads my blog).

The downside to her cat allergy is that she can’t come up and babysit and that we have to go visit her more often. It pretty much puts a lot more of a travel burden on us. Except for our one year sojourn to Charlotte, it feels like we live on Intersate-95.

Forget the issue of in-laws (for the record I consider my own parents in-laws as well – they are ALL in-laws), the early 30s are probably the age when it gets most difficult to “live” with other people. By this time most people are married, have honed their own idiosyncrasies, and really start to have trouble dealing with the, let’s just say, Prior Generation.

I don’t think my wife and I can have an extended conversation with our peers, be they friends or family, without some mention of a Prior Generational inanity. A good friend probably summed it up best when she once exclaimed:

Sure, when you are sixteen and take driver’s ed you discover that your parents – don’t know how to drive. But it is not for another 15 years that you finally realize the full extent of their craziness. And this goes for your aunts, uncles, family friends, and pretty much the entire Prior Generation demographic.

Almost none of my older relatives read my blog anymore (perhaps because of my clutter post) but I am going to tread lightly here nonetheless.

Here is a non-exhaustive litany of "visiting" tribulations...

1) Cheap toilet paper. My butt is used to Charmin and that Scott sandpaper really chafes me. The Prior Generation all claim to “prefer” Scott...whatever cheapskates. It is like my father and uncle who won’t rent carts on a golf course because they “like to walk”. Bullsh*t. If carts were free they would ride. Why don’t people just admit they are cheap? Why the spin?

2) Ten-year old 19-inch televisions with only basic cable. Upgrade the cable already. Maybe get HBO with some of that money you saved on toilet paper. Watching TV at these people’s homes feels like being in a Third World country compared to the DVRs and premium channels I have at home. Walmart sells 23-inch televisions for $88 – go buy a new one!!!

3) 5 year-old or $600 computers with dial-up internet connections, often times buried in a basement or a far off room. No elaboration needed here.

4) Heat or air conditioning cheapness. This summer we experienced more insufferable humidity in the northeast than we did in Charlotte. Invariably people up here only run their air conditioning at night, if they have any at all. And usually they have old inefficient window units. GO TO WALMART, SEE HOW CHEAP AND BETTER THE NEW UNITS ARE, AND BUY ONE!!!!

See the theme? Most of my complaints that I am courageous enough to list involve cheapness and old technology.

But CaptiousNut is no Moron and could probably write a dissertation on Prior Generation management techniques.

Before any extended visit, I program both of my DVRs to tape just about everything I don’t want to watch on tiny rabbit-eared televisions.

I lugged my father’s two air conditioners out of his basement and installed them in AUGUST!!!!!!! Who the heck INSTALLS air conditioners that late in the summer? Why weren’t they already in the windows?

Answer: Because my parents went away for 10 days in July and figured they wouldn’t need them for the other 80 days of brutal humidity.

Same thing with the thermostat. Instead of complaining about how cold my parents house is, now I just get up in the middle of the night and raise the heat. (My wife does too but I suspect my mother gets up and lowers it soon thereafter.)

I have successfully badgered both sets of in-laws into upgrading their computers and getting broadband. Yeah, they say they were going to do it anyway, but on this blog I’ll be the one to mete out credit. 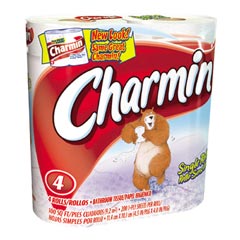 As for the toilet paper……I bring a roll of Charmin with me everywhere.

In fact I recently whipped it out at a bar in Manhattan and it was quite the stunning conversation prop.

(Hey sickos, the “Charmin roll” is the antecedent of “it”.)

Anyway, when I am teaching Pre-Cana classes, I talk about my mother-in-law's cat allergy and advise the young couples to: