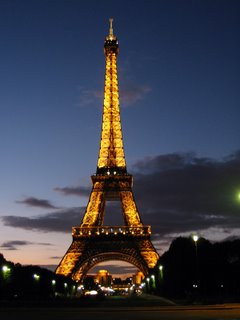 The headline says it all:

MAN DATES GAL ON INTERNET FOR SIX MONTHS—AND IT TURNS OUT SHE’S HIS MOTHER.

And how Moronic were these Frenchies to actually tell someone what happened?

My coworkers on the PHLX used to dirty talk with anonymous girls in chatrooms. Well they assumed they were girls. That may have been the one risky gamble that I stayed away from during the bull market. 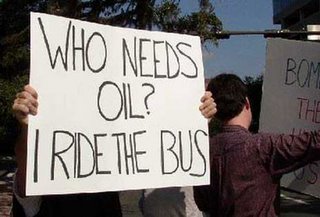 Today, one of the most powerful religions in the Western World is environmentalism. Environmentalism seems to be the religion of choice for urban atheists. Why do I say it's a religion? Well, just look at the beliefs. If you look carefully, you see that environmentalism is in fact a perfect 21st century remapping of traditional Judeo-Christian beliefs and myths.

There's an initial Eden, a paradise, a state of grace and unity with nature, there's a fall from grace into a state of pollution as a result of eating from the tree of knowledge, and as a result of our actions there is a judgment day coming for us all. We are all energy sinners, doomed to die, unless we seek salvation, which is now called sustainability. Sustainability is salvation in the church of the environment. Just as organic food is its communion, that pesticide-free wafer that the right people with the right beliefs, imbibe. 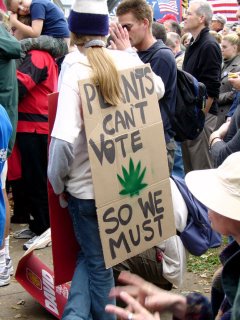 He argues that environmentalism should be reclaimed by scientists. In other words, get the politics out. I would submit that science has been hijacked by atheistic nerds. Or perhaps it has always been their bastion?

On side note, I hate the term "politics". All too often "politics" is a euphemism for TOTAL BLEEPIN' BULLSH*T.

I can’t find the poll now but I read where something like 88% of scientists voted against President Bush, far and away the most monolithic political demographic (outside of the 89% of black Americans who voted against him in 2004.)

Everybody's ken is defined and limited by their own personal experience. Teachers tend to think public education is the most important political football, Christians may think abortion is, doctors look to medical issues, scientists may elevate their field above others, and CaptiousNut thinks capitalism trumps them all.

The major distinction is that CaptiousNut is willing and able to argue his case. 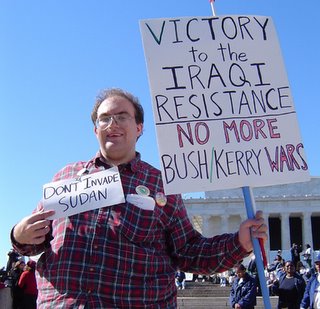 Before last year’s election I weathered a 30 minute tirade from my 90 year-old grandfather on how the Iraqi War would achieve nothing because the Arabs are basically all the same – a 7th century people. Anyway, I ended his monologue and asked him, “But what about Social Security? What about economic issues?” He sighed and didn’t even try to downplay them. 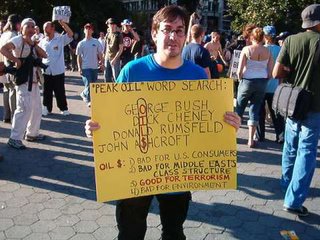 It is every American’s right to be a one-issue voter, but implicit in that is an arrogant and usually ignorant disparagement of other issues AND other people.

If someone feels that the so-called “women’s right to choose”, “global warming”, “gay marriage” or the War in Iraq is THE supremely important issue....that is completely fine with me. But all too often a little probing exposes these one-issue types as abysmally ignorant on almost every other issue.

My grandfather may be dead right about the efficacy of promoting democracy in Iraq, but how can he justifiably ignore the issue of Social Security reform? People like him should remember to weigh all issues. After all, he does have 12 grandchildren and 7 great-grandchildren who are inheriting the ticking entitlement bomb. 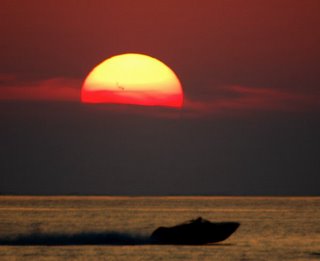 What’s really bad is the single issue people who don’t even fully comprehend their alleged specialty – like these global warming “scientists”. I have said it more than once already. These "scientists" don't comprehend the fact that the EARTH'S TEMPERATURE FLUCTUATES.

We get all of our heat from the sun which is 109 times as big and 414,375 times as massive as the Earth. So the dopes can wager on the Ford Explorers, but I will bet that any "climate change" is due to the sun.

So not only are Americans ENTITLED to cheap gasoline, rising home prices, worry-free investment returns, etc...., now apparently we are ENTITLED to a constant level of solar radiation!!!!!!!!!!!

Okay, I have to Marginalize this one person I overheard at a Roche Bros. supermarket in Chestnut Hill. She was talking about her sister who,

“...exposes her kids to everything….Christmas, Hanukhah, Kwanza…..so they can choose whatever they want to believe...”

There is a name for people like this – JACKASS.

Multi-cultural propaganda is bad enough in schools, the media, and at the office but this woman’s poor kids have to endure it at home. There is something wrong when people think they can concoct an a la carte cultural heritage. Who knows...perhaps stupidity is their family tradition?

CaptiousNut has been predicting a real estate slide all year. Of course I wasn’t the only one forecasting this but the real estate naysayers only constitute a very small minority these days. Two very bearish housing reports this week.

2. New home sales in November fell 11% from October, the largest drop in 11 years.

I have been meaning to blog a bit on housing data the last few weeks but haven't gotten around to it. A lot of times the publicized data is completely propagandized or misinterpreted.

For instance, much of the reported housing data is cited on a month-over-month basis. In other words they will compare November 2005 data to November 2004 data. This is a ridiculous way to report it because when you buy a house, you want to judge it against the prices in the preceding (and following) months. Nobody says,

“Yeah, that seemed like a good deal considering it was an October purchase....”

Also, many dopey pundits keep touting new home starts/permits as an unequivocal sign of housing strength. Sure it represents a degree of strength, but it also means there is tons of new housing supply coming onboard. So in that vein, strong housing starts data actually forebode weakness. Just be wary of the propaganda and economic illiteracy. 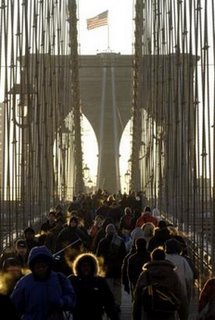 Pictured above are New Yorkers walking to work over the Brooklyn Bridge during the recent Transit Workers Union strike.

It really hasn't been a good year for unions with the TWU strike failing, Delta Airlines' bankruptcy, and General Motors' woes (see the 20 year low on the chart). 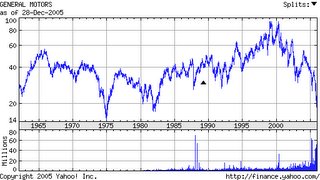 Except for Mayor Bloomberg and Governor Pataki, the silence from New York politicians during the strike was deafening. I guess Chuck Schumer, et al can't really condemn a union that lines their pockets with money.
Posted by CaptiousNut at 12:24 PM

On the topic of scientists being idiots for thinking humans are causing global warming, Captious Nut is very elusive. In the theme of environmentalism as religion, let's see the logic. Why do you believe in god? Have you ever proven it? Is there scientific proof? The fact is that you can't prove global warming by humans beyond a shadow of a doubt. Ok. But just because there are gaps doesn't mean you throw the whole thing out. A conservative may not like everything Bush does but I'm sure they'd be opposed to getting rid of him.

So let me summarize what Captious is doing, and then compare it to the same argument applied religion. Captious starts the argument from the point of view of wanting to "prove" that global warming is garbage. A clear objective based on personal belief. The same way people believe in God. Then he finds a couple of cases of freak scientists who may may have lost touch with reality, a couple of unanswered questions related to the issue, and another scientific fact (fluctuations in temperature unrelated to human activity) that has not yet been proven to account for the recent rise in temperatures either. And from this Captious says he has proof that people who use the scientific method and who have immersed themselves in applying that method to the study of the earth's temperature... well, they're idiots of course.

Let's reason this on the theme of religion in the same manner as Captiois. Well I've never seen God. I don't remember ever meeting him. And some of the priests are child molesters (ie freaks like the crazy scientist). And well let's see, this supposed God has let me down here and there and I know that's not what God would do. Plus, i've read the da Vinci code and know that Jesus was not really the son of God, but a man. So I'll just go ahead and say that the entire Christian world and all the priests and popes are morons. Idiots if you will. Because they don't understand what I do, that if there's any single shread of doubt, well we need to throw the entire concept out.

Your comment actually corroborates the analogy that Crighton was drawing.

i.e. that global warming alarmists are faith-based and can ignore the gaping holes in the theory.

Is that what you were trying to say?

Everybody, including me, looks out at the world and sees a bunch of clueless fools who are unable to think rationally.

An extremely simplified summary of my experience in living:
We never operate in a completely "rational" way.

Science has indisputable uses. Reasoned thought is more a part of science than most things.

Science *alone* has never decided any issue that any human really cares about.