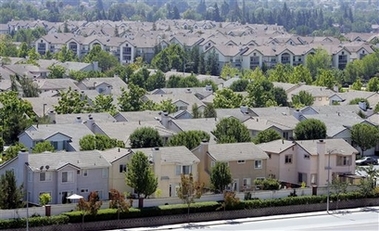 Homes for sale in Newton, MA. From Realtor.com,

Wow. Listings are cratering in my hood.

Note that decreased supply is not helping prices one bit. Also failing to help are plummeting mortgage rates, a full 70 basis points lower than in June.

Gee, I wonder how the housing market will handle an uptick in interest rates?

Or a potential jump in energy bills?

If house prices keep dropping, perhaps your local municipality will quickly move to lower your property assessment and/or taxes?

Devil's Advocate - Lower taxes? Surely you jest. But what would be the bull argument for the housing sector today?

Massive wage growth. A soaring stock market. And to a lesser extent, declining property taxes and lower energy costs - two possibilities that I think can safely be rejected.

Despite the unrelenting agitprop, wages have been rising for a while. I still feel like they were higher back in 1999 - but maybe that's just my Wall Street bias rearing its head. Now if you believe in a direct correlation between income levels and real estate prices, just for kicks, go research the value of your house back in 1999, a time of perhaps frothier wages. 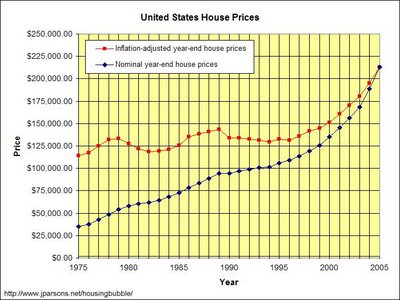 So let's see, the nominal median house price is up 70% from the 1999 median. College tuitions cost much more, healthcare costs a lot more, food, energy, cable bills, postage, etc. Just about everything outside of televisions, cell phones, and computers costs more today than in 1999. We'd need much higher personal incomes in order to justify today's sky-high housing market.

Of course interest rates are much lower now than ever before, so housing inflation is not as high as it looks. The question is, how much of the froth is justified by the lower rates?

Here's a chart of historical mortgage rates. Look at 1999. 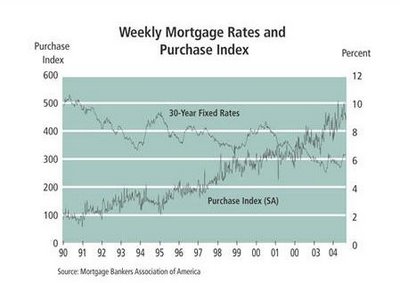 Here's the mortgage calculator I used.

So, even after factoring in lower interest rates, it's abundantly clear that on a payment basis, the median home is still 50% more expensive than it was in 1999.

Devil's Advocate - Why did you use the full value of the house? Doesn't the median homeowner have some equity in the home? Shouldn't the mortgage be less than the total house value?

Absolutely not. If you own a $300,000 home, no matter how much you have mortgaged, that is still the amount of capital tied up that you could otherwise be earning interest on. For example, if you have 150k in equity and 150k in mortgage debt, that equity money is asleep, and could be earning interest at market rates. Today it would annually earn at least $6,000 in a money market. The lost interest income is an opportunity cost of homeownership. This is a real estate subtlety thoroughly underappreciated by the investing public.

Take me for example. Since I kept moving (four cities in the last 6 years) I never bought a house. So I am sitting on a lot of cash and will probably have to break down and buy a house soon. Right now I am getting 4% in money markets. Should rates rise to say 7%, 8%, or higher, clearly home prices will get smacked and one would think that I'd be licking my chops for this scenario to buy a discounted home and get settled.

But, if I could earn 8%, 9%, or higher on my cash, I'll be very reluctant to dump my income-earning mound of cash into a house. Heck, bond yields topped 15% twenty-five years ago - not exactly a return to be belittled.

Okay, back to historical house prices. Consider the chart below. 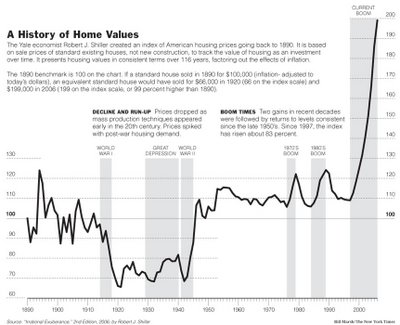 You absolutely have to click here and view the chart enlarged.

Note it's not often that I cite material found in the forever apocalyptic New York Times. This is a real hockey stick graph (not like the global warming propaganda).

I have long believed that the internet bubble never really popped, it just morphed into a real estate bubble. I just read that in Shiller's book Irrational Exublerance, Second Edition he posited the same hypothesis.

Since July, I have been having a local real estate broker email me home listings from a handful of towns off the Mass Pike. The prices today are cheaper than a few months ago, and also down a notch from 2005 but my gut keeps telling me that homes are still just way too pricey - and my blog research (like this) confirms that in spades.

Are you kidding me?

How far do I see the housing market falling?

I declare the most important variable for the housing market is price momentum.

The housing market rally has been fueled primarily by its own price appreciation.

It's demise will also be story of price momentum. A descending housing market will push mortgage rates higher - which will itself aggravate prices further. Fossils in New England will get less selling their drafty old home up north and have less to spend in Florida's Del Boca Vista. As South Florida cools, so too will Orlando, the Panhandle, Georgia, and the Carolinas. There will be no escape.

Then it will really get ugly. Perhaps the bond market crashes. Congress raises taxes on income or capital gains. Oil hits $100 per barrel... 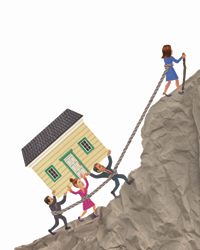 That picture is worth much more than a thousand words.

Properly digested it could save you thousands of dollars.
Posted by CaptiousNut at 9:25 PM

excellent analysis. thanks for putting this together.