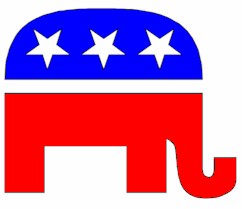 A couple of quotes from Jacques Ellul.

"(Propaganda) proceeds by psychological manipulations, character modifications, by creation of stereotypes useful when the time comes - The two great routes that this sub-propaganda takes are the conditioned reflex and the myth."

Active myths and useful stereotypes...absolutely hits the nail on the head now doesn't it?

It's abundantly clear that the rhetorical war between Democrats and Republicans is decidedly asymmetrical.

For example, the Dem's push symbolic actions like raising the minimum wage. Free market Republicans are at least minimally indifferent to it and theoretically against it. But a unified and persistent Democratic front will not let the issue go.

Though in practice the minimum wage is a symbolic issue, it has far greater propaganda value. To Ted Kennedy and his class warfare comrades, the issue is a chance to not only paint the Republicans as the party of the rich, the party of business interests, the party of management, but also uncompassionate and perhaps mean. Clintonista Gene Sperling says the wage should be raised for reasons of "dignity".

Can you say "useful stereotypes"?

The negative externalities of raising the minimum wage are too esoteric for an econo-illiterate Soundbite Nation. I wanted to laugh the other day at a Moronic relative of mine bleating, "Who can raise a family when both parents are earning minimum wage?", but his docility was just too tragic to mock. Teenagers and part-time workers represent most of the minimum wage earning demographic. AND two-thirds of them last less than a year in this category. In other words, they soon get raises lifting them out of this category. Raising the wages of these ascendant workers by fiat, if it doesn't eliminate their job entirely, it at least deprives them of the opportunity to earn a raise by working hard.

Republicans often talk about winning in the arena or marketplace of ideas - a fine and lofty ideal. But they unnecessarily get annihilated in the arena of propaganda.

The economics of wage controls may be beyond the ken of the public, but there are plenty of other tacks to take.

For instance, I have never ever heard a Republican bring up illegal immigration in regards to the minimum wage issue?

This confounds me to no end. If I were in charge of the Republican Party I would insist that every socialist salvo on the minimum wage should be repelled with,

And I'd start floating graphs of the last decade, showing the 1997 increase in minimum wage right alongside a line depicting the explosion in illegal immigrants. Perhaps plaster them on billboards across the country.

The Democrats see the minimum wage issue as a flank in the propaganda battle, and instead of returning fire Republicans will predictably choose to "cut and run".

Illegal immigration is an issue that could disembowel the Democratic Party. Illegal workers are the natural enemies of three of its core constituencies: blacks, blue-collar whites, and unions. It would behoove the Republicans to step on this wedge every chance they get.

I am fully aware that one of the reasons Republicans don't forward my argument is their ambivalent stance toward illegal immigration. But that is a detail quite beside the point. The issue can perhaps more readily divide their special interest juggling opponents. My contention is that despite the emergence of the internet and the decline of the MSM, Republicans consistently fail to win in the public dialogue. The argument can certainly be made that the public is Moronic, can't think for themselves, and is a brainwashed byproduct of Government Education BUT that doesn't mean Republicans have no weapons at their disposal.

For decades the New York Times editorialized against the very notion of a minimum wage. They have recently flip-flopped on that without any explanation whatsoever. They recognized the tremendous propaganda power of a minimum wage increase and swapped their last iota of principle for naked practicality.

Republicans are convincing themselves that a federal minimum wage raise won't ground the economy and such a concession would euthanize this incessant talking point. They may well be right. 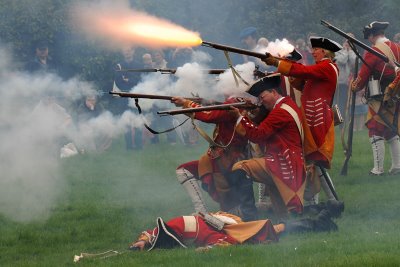 But this retreat is really another missed opportunity to go on the offensive. As it stands, Republicans continue to lose the asymmetrical war of propaganda. The GOP foot soldiers ironically seem like outdated Redcoats, lined up in an open field of fire.

Did you know that individual states can already set their own minimum wage levels?

California's minimum wage is $6.75, over 25% higher than the federal minimum. In thirteen months, it will be raised to $8.00 per hour.

How hard would it be for Republicans to argue that a higher federal law would be superflous, given the states can already set it wherever they want?

How hard would it be to correlate a high California minimum wage with illegal immigration?

Why am I sitting at home while someone else gets big bucks to advise the rudderless Republican Party?
Posted by CaptiousNut at 11:18 AM

If for nothing more than to foment its agenda of class warfare.

The soundbite of "We support hardworking poor people and they don't..." not only resonates with their entire constituency, but it also furthers their useful stereotypes about their opponents.