Will Durant on Religion 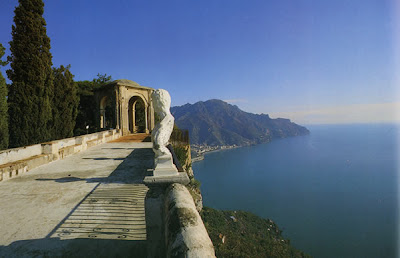 I looted this passage from the beginning of The Reformation which is Book VI of Durant's The Story of Civilization.

RELIGION is the last subject that the intellect begins to understand. In our youth we may have resented, with proud superiority, its cherished incredibilities; in our less confident years we marvel at its prosperous survival in a secular and scientific age, its patient resurrections after whatever deadly blows by Epicurus, or Lucretius, or Lucian, or Machiavelli, or Hume, or Voltaire. What are the secrets of this resilience?

The wisest sage would need the perspective of a hundred lives to answer adequately. He might begin by recognizing that even in the heyday of science there are innumerable phenomena for which no explanation seems forthcoming in terms of natural cause, quantitative measurement, and necessary effect. The mystery of mind still eludes the formulas of psychology, and in physics the same astonishing order of nature that makes science possible may reasonably sustain the religious faith in a cosmic intelligence. Our knowledge is a receding mirage in an expanding desert of ignorance. Now life is rarely agnostic; it assumes either a natural or supernatural source for any unexplained phenomenon, and acts on the one assumption or the other; only a small minority of minds can persistently suspend judgment in the face of contradictory evidence. The great majority of mankind feel compelled to ascribe mysterious entities or events to supernatural beings raised above “natural law”. Religion has been the worship of supernatural beings – their propitiation, solicitation, or adoration. Most men are harassed and buffeted by life, and crave supernatural assistance when natural forces fail them; they gratefully accept faiths that give dignity and hope to their existence, and order and meaning to the world; they could hardly condone so patiently the careless brutalities of nature, the bloodshed and chicaneries of history, or their own tribulations and bereavements if they could not trust that these are parts of an inscrutable but divine design. A cosmos without known cause or fate is an intellectual prison; we long to believe that the great drama has a just author and a noble end.

Moreover, we covet survival, and find it hard to conceive that nature should so laboriously produce man, mind, and devotion only to snuff them in the maturity of their development. Science gives man ever greater powers but ever less significance; it improves his tools and neglects his purposes; it is silent on ultimate origins, values, and aims; it gives life and history no meaning or worth that is not cancelled by death or omnivorous time. So men prefer the assurance of dogma to the diffidence of reason; weary of perplexed thought and uncertain judgment they welcome the guidance of an authoritative church, the catharsis of the confessional, the stability of a long-established creed. Ashamed of failure, bereaved of those they loved, darkened with sin, and fearful of death, they feel themselves redeemed by divine aid, cleansed of guilt and terror, solaced and inspired with hope, and raised to a godlike and immortal destiny.

Meanwhile religion brings subtle and pervasive gifts to society and the state. Traditional rituals soothe the spirit and bind the generations. The parish church becomes a collective home, weaving individuals into a community. The cathedral rises as the product and pride of the unified municipality. Life is embellished with sacred art, and religious music pours its mollifying harmony into the soul and the group. To a moral code uncongenial to our nature and yet indispensable to civilization, religion offers supernatural sanctions and supports: an all-seeing deity, the threat of eternal punishment, the promise of eternal bliss, and commandments of no precariously human authority but of diving origin and imperative force. Our instincts were formed during a thousand years of insecurity and the chase; they fit us to be violent hunters and voracious polygamists rather than peaceable citizens; their once necessary vigor exceeds present social need; they must be checked a hundred times a day, consciously or not, to make society and civilization possible. Families and states, from ages before history, have enlisted the aid of religion to moderate the barbarous impulses of men. Parents found religion helpful in taming the willful child to modesty and self-restraint; educators valued it as a precious means of disciplining and refining youth; governments long since sought its co-operation in forging social order out of the disrupting egoism and natural anarchism of men. If religion had not existed, the great legislators – Hammurabi, Moses, Lycurgus, Numa Pompilius – would have invented it. They did not have to, for it arises spontaneously and repeatedly from the needs and hopes of men.
Posted by CaptiousNut at 12:17 PM

Email ThisBlogThis!Share to TwitterShare to FacebookShare to Pinterest
Labels: will durant

Durant was educated in the Jesuit system, right? Did that make him a Catholic?

He seems to say that religion makes sense given man's psychology, but doesn't say much about the truth of religion.

I believe that Durant lost his faith in the course of his life.