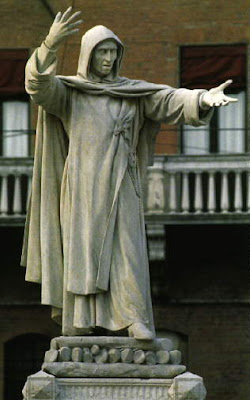 The priest at our church decided to incorporate the Red Sox into his homily today. Ugh!

I just can't get away from this nonsense.

He had all the kids (it's a children's mass) come up to sit on the altar for the sermon. A good 80% of them were dressed in Red Sox gear. This would have NEVER happened down at our church in Charlotte. There everyone wore their Sunday best. They also sung ALL the verses of the songs, they came EARLY, stayed until THE END of the mass, etc.

Pathetically, in the short time I've been at my new church, the parishioners were never more animated, more awake, than I saw them today listening to the priest yammer about what apparently REALLY MATTERED: David Ortiz, Jacoby Ellsbury, and the Sox's 3-0 lead in the World Series.

Five minutes into this absurdity, a woman in front got up and walked out, muttering all sorts of unintelligibilities as she marched down the aisle past me.

I was quite sure she was, as I was, stupefied, disgusted, and defiantly protesting the Red Sox talk but it remains unproven if that was in fact the case.

On the other hand, she could have been a possessed Yankees fan...

Today's mass really was a symbolic clash, a religious face-off if you will and the victor spoke volumes about the times (and place) I live in.
Posted by CaptiousNut at 10:21 PM