Abby Joseph Cohen - Too Bullish On Stocks, Too Bearish On Planet Earth 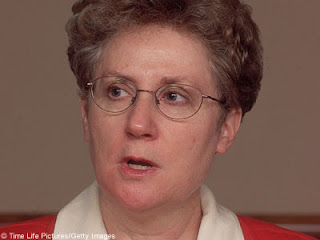 March 17 (Bloomberg) -- Abby Joseph Cohen, the second-most bullish Wall Street strategist at the start of the year, was replaced by Goldman Sachs Group Inc. as the bank's chief forecaster for the U.S. stock market.

"Sounds like it's a downgrade in a position," said Andy Engel, who helps manage $4.3 billion at Leuthold Weeden Capital Management in Minneapolis. "People have been disappointed in her outlook over the years, and she's been pegged as overly bullish on the market."

Cohen, known for her bullish predictions during the 1990s, will develop public policy ideas related to capital markets as president of Goldman's Global Markets Institute. She wrote about growing investor interest in climate change and covered a United Nations meeting on the subject in a report dated March 14.

Her year-end forecast for the S&P 500 at the beginning of 2008 was second only to the prediction of 1,700 from Bear Stearns Cos.'s Jonathan Golub, HSBC Holdings Plc's Kevin Gardiner and UBS AG's David Bianco. 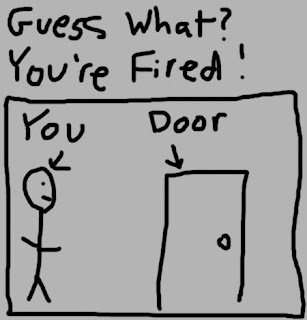 Anyone who's followed the market over the past decade knows Cohen as the dimwit who screamed "Buy. Buy. Buy" the entire way down from NASDAQ 5,000 (to 1,135!). You'd think they would have sent her out to pasture after that. Apparently Goldman isn't comfortable with her as the firm's mouthpiece for a second market meltdown this decade.

Now I could give two hoots for travails of this particular woman. But one thing that struck me from the article is the color of Abby's new pasture - green.

Cohen will work with clients "around the world and provide commentary on financial markets focusing more on longer-term market activity," Canaday said in an e-mailed statement.

"I spend half of my time traveling overseas, working with our clients on issues like environmental sensitivity, regulatory matters and accounting," Cohen said during in an interview today.

I did some googling and found other evidence of her green fetish.

Abby Joseph Cohen, managing director at Goldman Sachs, noted the public was not yet rewarding sensitivity to climate issues in the marketplace or at the polls. "Someone's obviously buying and driving those S.U.V.'s, and they are voting," she said. link

Ms. Cohen outlined the obstacles where leadership is needed to improve financial assessments of climate change risks. "The data by itself is not good" to measure the impact. The time horizon of institutional investors is increasingly shorter, creating a mismatch between long-term objectives and short-term demands for portfolio management. Furthermore, she said, it is "very hard to find any studies in environmentally sound investing strategies that have led to better returns" than those of broad market indices. link

"Investors believe it is simply not acceptable to be environmentally irresponsible," link

Admittedly, those quotes don't paint her as the second coming of Al Gore or John Doerr, but mark my words, I am sure Abby Joseph Cohen swallows the whole "climate change" fable.

Quite frankly, nobody could indulge the inanity by globetrotting in furtherance thereof, if they weren't aboard the looney eco-pagan train themselves.

Cohen is a weird bird to say the least. Most people mistakenly assume she is a lesbian based strictly on appearance and stereotype. I'll say this, if she is, her husband and two daughters are tremendous cover! Others find her monotone manner of speaking to be off-putting - though it isn't very pronounced in the only video of her I could find on youtube. (Take comfort, in it she predicts "no recession" for 2008.)

If we can be chauvinistic for a second...

Nor is she steeped in femininity, with a man's name "Joseph" and those unadorned ears. I don't have a problem with women who keep their maiden names; I have a problem with their wuss husbands. You could be the biggest alpha male in town, but if your wife keeps her name, make no mistake, every guy around is mocking you. Now read this queer statement Cohen made for Businessweek:

"Every male CEO in the country should be required to have a working wife."

What? Is she prejudiced against domesticity? Against tennis clubbing trophy wives?

Does she think kids are best raised by Latin American nannies?

Like I said, she's a weirdo of uncertain utility. A Perma-Bull is essentially worthless as they don't even provide good contrary indicators. For that, I find the incontinent blowhard Jim Cramer far more useful. 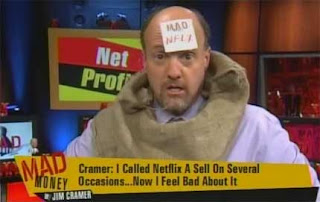 You said: "A Perma-Bull is essentially worthless as they don't even provide good contrary indicators."

I laughed out loud at that observation and wondered if you are aware that Bob Brinker, the self-proclaimed market-timer, has been fully invested since March, 2003.

You can't make this stuff up, no one would believe it. But they get rich on it if they get enough publicity.... such as 6 hours a week on radio.... 8^)

you're a total jackass.