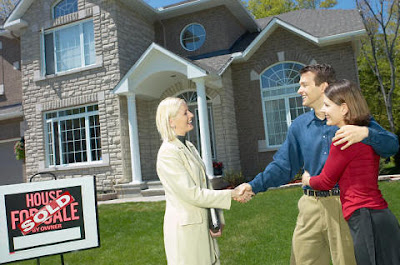 The Orange County Register. "Orange County real estate agents collectively earned about 13 percent less in commissions from home sales last year than the year before. And their income was down about 42 percent from 2005, shrinking by $645 million in the past two years."

"The reductions, spurred by two years of declining home sales, prompted more agents to either leave the business or find jobs elsewhere, while offices either closed or merged with other brokerages. Real estate brokers also reduced agent positions while cutting support staff and costs."

"‘The industry as a whole is definitely taking a gigantic haircut in commissions,’ said Steven Thomas, president of RE/MAX Real Estate Services of Aliso Viejo."

"Forty-five percent of all agents affiliated with an active Orange County real estate office had no income last year from commissions, said Patrick Veling, president of Real Data Strategies Inc. of Brea. Of the 55 percent of agents who had a sale last year, half did just one or two transactions apiece."

"To put that in perspective, a sales agent’s typical commission split amounts to a fourth of the overall commission, or about $8,900 for the sale of one median-priced home in 2007. Fewer than 28 out of every 100 agents did more than two transactions last year, according to Veling."

"‘We have too many agents in the business. This will filter them out,’ said Bill Plattos, broker for a regional chain based in Costa Mesa. ‘People thought it was easy. They muddled it up. Some of them were unprofessional.’"

"Virtually every agent knows someone who’s gotten out of the business, although most who have taken employment elsewhere say they’re keeping their licenses active and trying to keep a hand in the trade."

"One agent, saying he earned just $12,000 last year, took a job at a fitness center to cover living expenses."

"Edward Campbell of Midway City launched his real estate sales career in early 2007 but after six months realized that residential sales were not for him. He switched to commercial real estate."

"Campbell recalled holding two open houses in early 2007 to which nobody came. Those days followed attempts to market the house, then time spent setting up signs and flags. Only to end up spending the day sitting in an empty house, hoping somebody would show up."

"‘It was just boring,’ Campbell said. ‘It was just standing around doing nothing.’" (link) 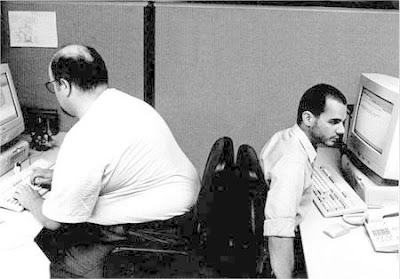 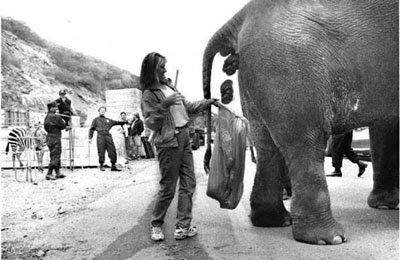 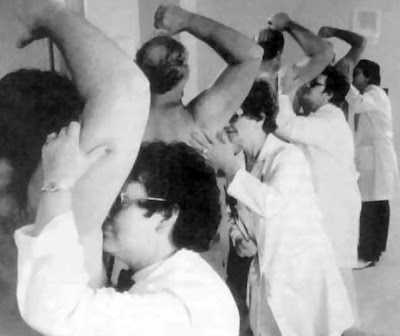 Okay now, I tried to find some worse jobs (pictured above) but I am sure they pay more than $12,000 per annum. (Don't forget sewer diving.) I have no sympathy for anyone who "loses" income. Y'all have to remember, when us traders have a bad year, it's a NEGATIVE one. Anyway, the agents out there who hustle will still do quite alright - it's the 25 year old newbies and part-timers who are done.

The only job worse than real estate brokering today is, of course, mortgage brokering.
Posted by CaptiousNut at 7:48 AM