With a reeling economy, it's hunting season for statists. They'll be ramping up the agitprop against sundry timely bogeymen: "volatile financial markets", Wall Street, predatory lending, the "credit crisis"...

So Boston's Turnpike Authority is facing rising debt payments. Was it Wall Street that forced it to borrow short for its long term infinite obligations? 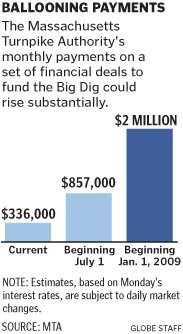 "At the same meeting, the authority's board discussed a preliminary report on how to create a fairer toll system, which could mean adding tolls in some areas that are currently free, including the Interstate 90 extension. Cohen said the board remains in a "research phase" on the toll issue, which will take four to six months as the Patrick administration looks for cost savings elsewhere.

Cohen has been cautious on the issue, trying to steer clear of controversy since an aide public discussed adding tolls to Interstate 93.

But the report from Cohen's staff suggested Turnpike Authority officials might look at reinstating some Western Turnpike tolls for cars, as well as a Newton toll that ended in 1996. The report also said that the state could add an optional toll lane on I-93 that would let solo drivers use the carpool lane if they pay a fee. That idea, often called a HOT lane, has been raised in the past and has gained support nationally as US Secretary of Transportation Mary Peters has encouraged states to try it.

What would this discussion be without a mention of "carpooling" - as if that has anything to do with the incompetence of politicians whose solution to every problem of their own creation is a tax hike, a scapegoat, and these days, a rhetorical bone thrown to eco-pagans? 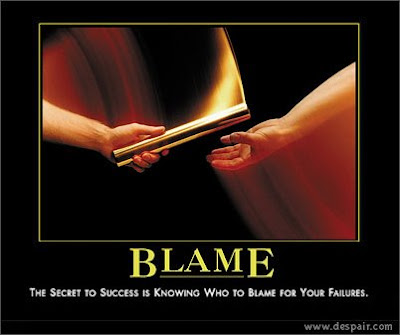 Y'all need to believe me when I tell you that Big Government is the biggest subprime borrower of them all.

Think about it. What exactly is the difference between your irresponsible neighbor with the adjustable or interest-only mortgage and the pols who build schools, roads, and tunnels with short term financing?

And "resets" and "recessions" are going to kill them both.

If only Big Government were going to die - instead us taxpayers will bear the agony - and it will morph into Bigger Government.

For example, my landlord is aboard the express train to bankruptcy. On the $600,000 (at best) house I rent from him, I just found out that his current $5,200 mortgage payment is scheduled to reset at over $7,500 per month. It's been tragic to hear him cheer every Federal Funds rate cut since September as they've been powerless to stave off his inevitable foreclosure. To his credit, he's refrained from blaming bogeymen for his plight - though he hasn't admitted to any personal culpability either.

Furthermore, just as homeowners are facing the double pain of a weaker job market and commodity inflation, municipalities are, and will continue to be, ravaged not only by sky-rocketing financing costs, but also withering tax revenues. Receipts of every stripe are spiraling down: property taxes, sales taxes, income taxes, corporate taxes, etc.

In fact, outside of commodity prices, it seems everything these days is dropping.

Note the very last thing to expect is an uptick in political competence.

Poor Big Government...just an innocent bystander caught in the crossfire of Wall Street greed.
Posted by CaptiousNut at 8:14 AM