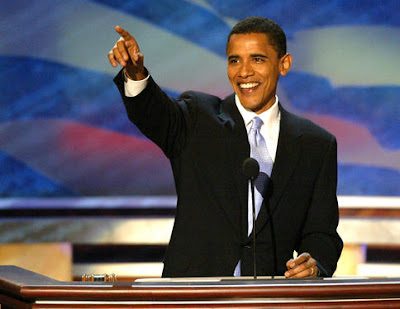 "When God created the Earth he entrusted us to take responsibility to take care of that Earth,"

A Creationist has infiltrated the Democratic Party.

But on the other hand, he does speaks ill about those who have "hijacked religion".

I guess what we can infer from these somewhat contradictory sentiments is that "religion" should only be "hijacked" in the furtherance of eco-paganism.

It takes some stones to literally drench one's campaign rhetoric with religiosity and then turn around and condemn others for similar politicization.

Rumor also has it that he has been known to say "G*d bless you" in the presence of sneezers.

If I were a militant atheist, Islamist, or whatever, THAT would offend the bejesus out of me!
Posted by CaptiousNut at 2:03 PM