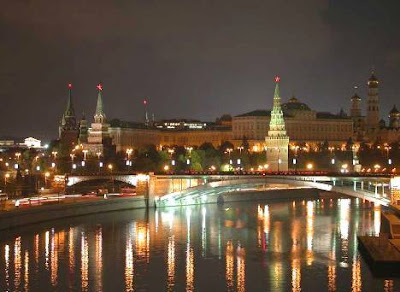 Did you know that more billionaires call Moscow home than any other city on the planet?

My brother just took a job hunting trip to Moscow and was blown away with the number of firms itching to hire him. (He's fluent in Russian and has a dozen years of startup telecom experience.)

He told me that the job market is so hot there right now, that "run-of-the-mill equity analysts can make $600,000 per year in Moscow." 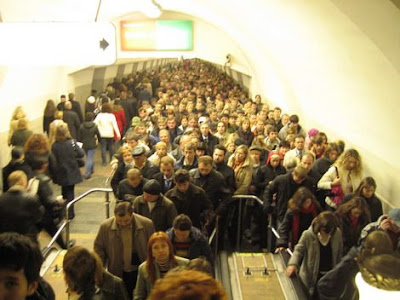 The Russian boom is so furious, I also read that something ridiculous like 500 cars are being bought there EACH DAY. It's hard to imagine that pace keeping up. Though it would help explain the jam-packed trains.

There's always a bull market, somewhere.
Posted by CaptiousNut at 7:04 AM

As long as Russia keeps its tax rates lower than other places, it'll boom. All other policy considerations pale.

Before you get TOO impressed with the Moscow Billionares, remember that no one on earth is better at the "shake down" than Russians - not even Chicago community organizers! So as your billionares get richer the middle class grows smaller, poorer and weaker.

The Russians are running through their oil reserves at much faster rate than any other oil producing country in the world.

They worry that in the far east the Chinese are growing stronger each day. In the Russian far east it's almost empty, while across the border there are ...well millions of Chinese who covet their open spaces.

They (the real russians not any of the minorities) have a negative birth rate as russian women don't want to bring childern into a world run by ...ah Russians.

Why would think I know what I'm talking about you might well ask? Well what were you doing in 1975? I was studying Russian!

P.S. Morons of the world untie!

The upside from that is that at least today I can still find my glasses.

Thanks for your insight.