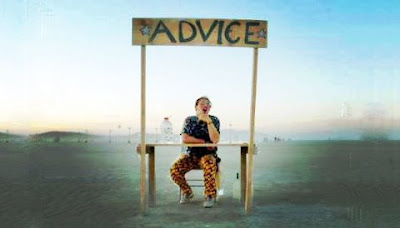 I have been trying to get one of my well-to-do buddies to start trading his cash instead of blindly, lazily, dumping it into mutual funds every month.

Finally, I got him to buy 50 shares of Google at the very nice entry point of $440. Within two months, Google, after a near 100pt gap up, was trading at $600. So I essentially put 8 grand in his pocket - that is if he'd take the profit. Here's the email I sent him the morning of May 5th:

google is trading at 599 right now. it's up today b/c of the yahoo bid cancellation (i told you that was going to happen).

i say sell the goog right here as per our discussion the other day. you probably have tons of long exposure already through mutuals and whatnot. so you don't really need this extra long term investment.

that's also why i highly recommend buying SKF and SRS. they are "ultrashort" ETFs on financials and real estate respectively. as the banks/REITs go down, they go up. this is a no-brainer for your portfolio because it's almost a no lose hedge on your larger investments.

you can take that 8k profit in goog to free up the cash. I say there are 15 pts EASY in both of these ETFs over the next 2-3 months - if not sooner. that would give you another 6k in profit.

but if you are going to do this don't wait. do it on the open. 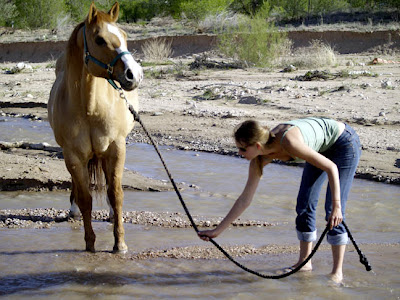 Of course the horse I led to crystal clear, organic water simply would not drink!

As I type this,

IF, my buddy had listened to me (and obviously not sold SRS or SKF prematurely), his account would presently be up $24,800.

Instead, his orginal Google profit has dwindled to a mere $3,800 and he's still got downside risk.

The worst aspect of this failed enrichment of mine was not that my buddy took my advice on the *entry* but refused to listen on an *exit*. It was not the fact that my original recommendation was pure gold for the alacrity in which it delivered - and he still wouldn't listen! It was that this friend of mine has soooooo much dough, sooooo much invested in the markets, that a mere $34,000 short exposure was a bet he simply could not lose on. Meaning, he is so *net long* the market, that would be impossible for him to lose on my UltraShort Real Estate and UltraShort Financials recommendations. He could have held his Google and still went with my new trade ideas.

Just like Cassandra, I am cursed to be all-knowing but never believed!

What good is being right if there's no market for it?
Posted by CaptiousNut at 2:14 PM

You know-I think your kind of an a-hole. But if you were a broker I'd be glad to have you making me money.

I don't care if your an ass or not. It really doesn't matter, business is business. Period.

There's nothing more unpopular to say than *the truth*!

Slow, if I were your broker, I'd put you in all the dog-sh*t stocks - pulled straight from Mad Money and Fortune magazine!

I certainly appreciate my guy telling me stuff that makes sense, he is more knowledgable than me, that is why I hired him.

This blog is great.

Hey, next time you send that advice to a friend, copy me at shenandoah@xtra.co.nz. If I act on it and win, I'll pay you 10% of the gains when taken.

But after many a moon trading stocks, I've always made lots more money buying & holding long-term and investing in startups alongside very smart guys. In this market tho, I'm looking for protection, which usually means more of a focus on the short to intermediate term.

The best protection is abstinence!

Kidding aside, there are numerous ways one could hedge the longs they are afraid to sell - as I illustrated in this post with SKF and SRS.

Buy and hold only works in low inflation, low yield environments. Also, the 60/40 stock bond "diversification" has something like a 99% correlation with the SP500 over the past couple decades.

Trading may be a minefield, BUT buy-and-hold is riddled with risk as well.

My philosophy is that everyone should have at least some money dedicated to trading.