Barbarians At The Gate - Pigs At The Trough

Currently I am reading the classic business/Wall Street book , Barbarians At The Gate - The Fall Of RJR Nabisco.

The story is mostly about Ross Johnson, RJR Nabisco's CEO - a man who typified the worst of corporate extravagance. Just to give you an idea how wasteful he was, I've re-printed pages 94-96 from the hardcover edition: 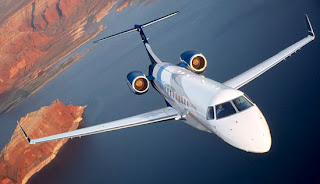 But it was at nearby Charlie Brown airport, where corporate Atlanta housed its jets, that the air of new money and restlessness found its ultimate expression. There Johnson ordered a new hangar built to house RJR Nabisco's growing fleet of corporate aircraft. Reynolds had a half-dozen jets, and Nabisco a couple of Falcon 50s and a Lear, tiny planes an executive like Johnson wouldn't be caught dead in. After the arrival of two new Gulfstreams, Johnson ordered a pair of top-of-the-line G4s, at a cool $21 million apiece. For the hangar, Johnson gave aviation head Linda Galvin an unlimited budget and implicit instructions to exceed it.

When it was finished, RJR Nabisco had the Taj Mahal of corporate hangars, dwarfing that of Coca-Cola's next door. The cost hadn't gone into the hangar itself, but into an adjacent three-story building of tinted glass, surrounded by $250,000 in landscaping, complete with a Japanese garden. Inside a visitor walked into a stunning three-story atrium. The floors were Italian marble, the walls and floors lined in inlaid mahogany. More than $600,000 in new furniture was spread throughout, topped off by $100,000 in objets d'art, including an antique Chinese ceremonial robe spread in a glass case and a magnificent Chinese platter and urn. In one corner of the ornate bathroom stood a stuffed chair, as one might grow fatigued walking from one end to the other. Among the building's other features: a walk-in wine cooler; a "visiting pilots' room," with television and stereo; and a "flight-planning room," packed with state-of-the-art computers to track executives' wives whereabouts and their future transportation wishes. All this was necessary to keep track of RJR Nabisco's thirty-six corporate pilots and ten planes, widely known as the RJR Air Force.

The aviation staff presented the plans for all this to Johnson with some trepidation. He had said state-of-the-art, but this cost $12 million. He wanted everything a corporate-jet hangar could possibly have, but this came out to 20,000 square feet. Johnson looked over the drawings, heard out the architects, and made his recommendation: add another 7,000 square feet.

The RJR Air Force was a defining symbol for Johnson. It was all about restlessness and restiveness. It was also about dispensing favors. Frank Gifford got rides home from "Monday Night Football" games. Gifford and his talk-show host bride, Kathy Lee, were whisked away to their honeymoon on an RJR Nabisco jet. (Johnson was best man at the wedding.) When Roone Arledge needed a lift from Los Angeles to San Francisco, an RJR jet was dispatched from Atlanta. Johnson's old buddy Martin Emmett, long gone from the company, racked up more miles on Johnson's jet's one year than nearly anyone still employed.

The jets were also a symbol of the increasingly fuzzy line between what constituted proper use of a corporate asset and what constituted abuse. Some thought the case of Johnson's German shepherd, Rocco, fell in the latter category. At the Dinah Shore that year, Rocco bit a security guard, setting off a flurry of concern in the Johnson household.

Would he be seized by the authorities and quarantined, or worse? Rocco, it was decided, had to go on the lam. He was smuggled onto a corporate jet and secretly flown out of Palm Springs to Winston-Salem, one jump ahead of the law. Escorted by a senior vice president named Dennis Durden, Rocco was listed on the passenger manifold as "G. Shepherd." It wasn't the only Rocco adventure: The company would later pay an insurance claim for a bite inflicted on the Johnson's gardener.

The RJR Air Force was Johnson's ticket to the high life. Each weekend the planes disgorged Don Meredith from Santa Fe, or Bobby Orr from Boston, or the Mulroneys from Canada. The jocks of Team Nabisco were frequent flyers on Air Johnson. The Pope took excellent care of them, paying more for occasional public appearances than for an average senior vice president: Meredith got $500,000 a year, Gifford $413,000 (plus a New York office and apartment), golfer Ben Crenshaw $400,000, and golfer Fuzzy Zoeller $300,000. The king was Jack Nicklaus, who commanded $1 million a year.

For all the money Johnson doled out for Team Nabisco, some of the athletes weren't easily managed. Nicklaus was notoriously difficult. For one thing, he didn't like playing golf with Johnson's best customers, which was his highest and best use. And he considered himself above the task of working the room at some Nabisco function. Although he was making more money than anyone at RJR Nabisco except Johnson and Horrigan, the "Golden Bear" growled at doing more than a half-dozen appearances a year. After several run-ins with subordinates, an arrangement was struck where only Johnson and Horrigan could personally tap Nicklaus's services.

Then there was the O.J. Simpson problem. Simpson, the football star and sometimes sports announcer, was being paid $250,000 a year, but was a perennial no-show at Team Nabisco events. So was Don Mattingly of the New York Yankees, who also pulled down a quarter million. Johnson didn't care. Subordinates took care of those and most other problems. He was having a grand time. "A few million dollars," he always said, "are lost in the sands of time." 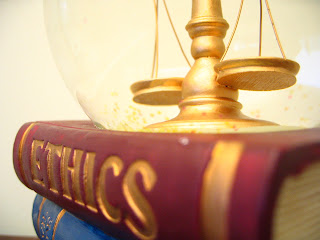 Here's an ethical question for y'all:

Is it unethical for the likes of Jack Nicklaus to accept a seven-figured sinecure from a publicly owned corporation?

She asserts that the shareholders' lack of oversight is their own problem, their own loss.

I maintain that Jack Nicklaus took advantage of naive/incompetent directors and shareholders. I believe that in the ignorance-exploiting game, there's no difference between taking money from the corporate trough and selling snake oil remedies to simpletons on the street. I would engage in neither.

My wife comes back - "What, are you going to start passing laws? And regulating this stuff?"

No, I am not. I'll just never respect any of these guys that partake in such borderline theft.

I've known for quite a while that Jack Nicklaus was a jerk - and this just added confirmation.
Posted by CaptiousNut at 8:47 AM

I am with Mrs.C-nut. I don't see how its unethical. If someone wants to pay him way too much money to do very little thats their problem. As an employee or spokesperson he should have been fired for not doing his job. Obviously in this culture he got away with it and could get away with it. He was doing what he wanted in a culture where there were no consequences. Why wouldn't he refuse to do things. Heck, I'd avoid lots of things if I could, but I can't, and I am the boss.

Larry Bird wouldn't take money for the 1992-1993 season. It was guaranteed to him even though he retired in the summer. The team insisted but he still refused.