"You Get To Refinance" 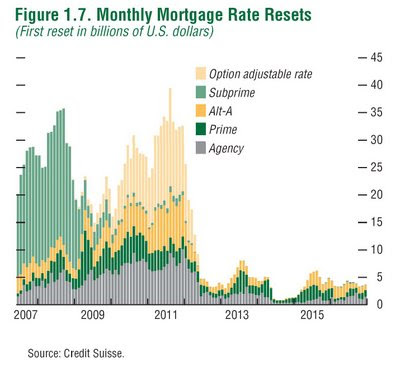 "You get to refinance" was the sales pitch used on one Dan Bailey - a man who just made the news over an email he sent to Countrywide Financial asking to modify his ballooning adjustable-rate mortgage. The short story is that chief executive Angelo Mozillo read the email, labeled this tale of woe "disgusting", and inadvertently hit "Reply" instead of "Forward" (to someone in-house).

Ask anyone you know who took out an adjustable rate mortgage if that was how it was marketed to them. Everyone I have asked has affirmed as much.

One acquaintance of mine - Ivy League educated - took out a mortgage a couple of years ago and despite his repeated plea for a fixed rate, the mortgage broker still wangled him into a variable rate product. Luckily, three months later, after poring over his loan agreement my buddy realized what he had been sold and locked in a fixed rate (costing him fees). He said to me,

"Look, if I couldn't even understand the loan terms, that just shows how hopeless lesser brains would be at staying away from an adjustable mortgage."

He's absolutely correct. The fact is, most people are profoundly economically illiterate. Nobody even understands basics like stocks and mutual funds. It's asking far too much for them to understand Pay-Option ARMs, Interest-Only loans, the historical range of mortgage rates, and the like.

They sold it to you like it was going to be a privilege!
Posted by CaptiousNut at 2:26 PM

"Most people are profoundly economically illiterate"?
Yes and no.
I have seen "illiterate" persons who didn't know an interest rate index from a fencepost compute their unemployment benefits to two decimal places. Sooner or later the word gets around about what's a good deal and what's not.
But for someone to say (sic) "I didn't know what I was signing" is inexcusable. Find someone who does and get it explained if necessary!

In the meantime, I still like Canada Bill Jones' saying: It is morally wrong to let suckers keep their money.
Let the games begin!

It is tragic that so many people got swept up in this housing bubble.

Staying out of it required gumption, deep thinking, and in many areas living an inferior lifestyle - at least in the short term.

Regulation is bad in the sense that it just gives a false sense of security to buyers.

There are no solutions to the fallibilities of human nature.