On My NBA Champion Boston Celtics 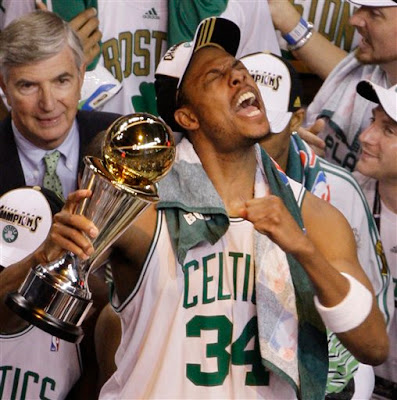 Last night, the Celts made tidy work of the Lakers - annihilating them by almost 40 points in Game 6 to win their 17th NBA championship. The final score was 131-92!

I could talk/write all day about my beloved Celtics but I'll spare y'all.

Though a few items MUST be mentioned.

That lunatic Bill Simmons ought to shut his pie-hole. Over the last few years he's been screaming for Boston head coach Doc Rivers' head. Well, Bill, after 66 regular season wins and the NBA title, apparently the guy CAN coach. Read here and here.

I myself didn't think too highly of the Garnett trade - read this old post. But I was fairly confident when they got to the Finals - unlike ESPN's crew of "experts": 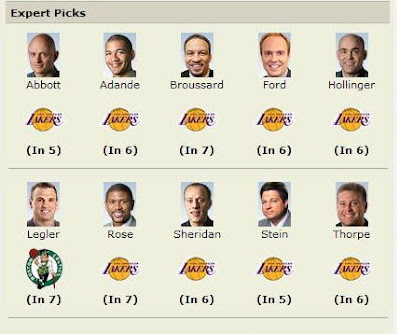 Of all the possible story lines for Boston's title run, I submit that the true hero, the true architect is none other than the man below: 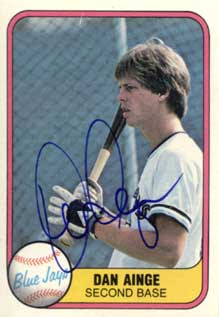 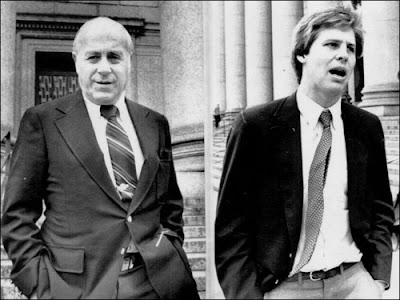 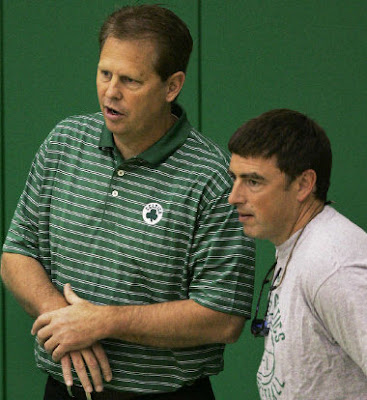 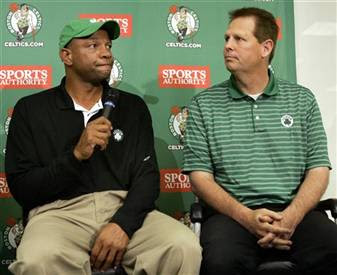 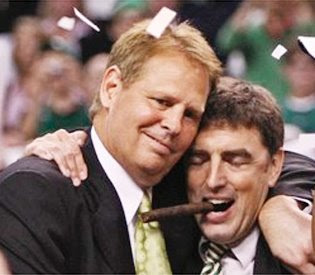 Celtics General Manager Danny Ainge is a proven, extraordinary talent. He's simply great at everything. According to Wikipedia:

Danny Ainge is the only person to be a high school first team All-American in football, basketball, and baseball.

The guy is also a tremendous golfer. He dominated one celebrity competition that I saw on The Golf Channel.

One thing that I will never forget, back in the summer of 1987 (or 1988), I carried Danny Ainge's red Ping golf bag to his car at Worcester CC. He gave me two bucks.

"This guy will get it done. He's very bright, and he's lucky, too."

Of course, one of Red's favorite quotes over the years was:

"Luck is the residue of design"

Note that Red had borrowed that line from Branch Rickey. 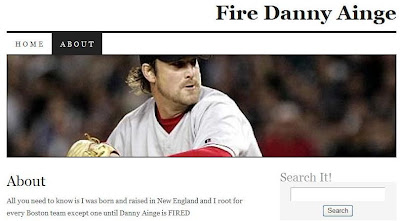 Getting back to Danny Ainge. My leading candidate for Moron of the Year is the blogger who runs the above site. Amazingly, he's kept it current throughout this 66 win season and endured near his limit of hate mail.
Posted by CaptiousNut at 3:17 PM

Let me know if anyone from the celtics checks the site...

You know the best thing about Springfield?

At least its not Worcester.

I don't know much about Springfield.

Whatever Worcester is, it's a much better place to live than many of the Boston suburbs. That, I know.

What are you talking about?
I didn't get much hate mail. I got some but your comments are the A Typical dumb Celtic fan that couldn't find the Garden after 1992.

Fact is I would rather have a class organization and class players over winning any day and just because Kevin McHale is inept doesn't mean Danny Ange deserves the credit for the luck of winning this title in a Spurs off year.

and if I need any more proof your the bandwagon o all bandwagon fans (my celtics.lmao Right) after they won you gloated for a second and never posted about them again. I guess next April you will show up again