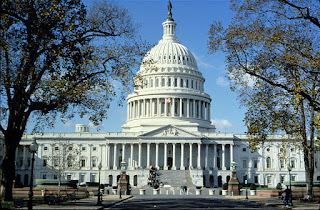 My pal, Harvard economist Greg Mankiw wrote an article for Sunday's New York Times. It's on healthcare; it is readable and potentially edifying (depending on your current knowledge base). I was pleasantly shocked to say the least. I was also surprised that the Times was publishing such a balanced, fact-riddled article that must be deemed somewhat antagonistic toward the socialist drive for nationalized healthcare. (Make no mistake, the Times and its ilk actually want "HillaryCare" shelved as a campaign issue. They've been clearly shaping their agitprop toward that end - link)

However, here's one thing that I wasn't shocked to see appended to the article.

N. Gregory Mankiw is a professor of economics at Harvard. He was an adviser to President Bush and is advising Mitt Romney, the former governor of Massachusetts, in the campaign for the Republican presidential nomination.

I can't remember if I heard this already or if I read about Greg's new "adviser" role on his blog or not. I just don't pay too much attention to this weenie anymore. (A simple google shows that Greg divulged his dalliance with Romney back in June and again in September - at least on his blog. See, I told you I pay the Lilliputian professor no mind!)

BUT, go back to a January post of mine on Dr. Mankiw. Here's how I concluded a virtual altercation that he dared get into with me.

Of course my idea won’t raise tax revenue but that’s kind of the whole point. I just can’t find the law stating new revenue must be found before old revenue is eliminated. But since I am not angling for a policy job maybe it’s all beyond my ken.

I added emphasis to the critical phrase. Long ago, it was obvious to me that the dissembling, vacillating invertebrate was hellbent on working for the next president. Though he worked for George Bush already, I figured by the way he was so clearly walking the middle of the road (on his blog) that he was more likely to land with Hillary, Obama, or another Democratic hopeful.

Regardless, the lesson is, Greg Mankiw's principles are for sale.

I always figured Mitt Romney for a smart guy. Perhaps it was he who ordered Mankiw to expunge the colorful comment section from his blog???

Now, if Romney starts in with this carbon tax of Mankiw's...I am going to Marginalize the pants off him. Let's hope it doesn't come to that.

Devil's Advocate - Boy C-Nut, you must really be in love with yourself. Predicting that a former Presidential adviser had designs on getting back into the fold...that was really hard to predict!

First of all, did you see anyone else make this prediction? Or tie Greg's inconstant embrace of capitalism to his personal ambition?

I didn't read it anywhere else.

Even smart people like Don Luskin waxed perplexed at Mankiw's irregularities. No doubt it was this confusion that had Don charitably describing Greg as "our friend in most matters" (link) - whereas all along I knew what the professor was up to.

Greg was at once extending olive branches from his right hand (Romney, et al) and from his left (Al Gore, Hillary,...)

My whole theory on Greg's venality was unintentionally confessed by the professor himself on his blog; there, Greg defiantly tries to distance himself from Romney - lest anyone mistake the advisor relationship as a principled stand. Personally, I think Romney is the one who should be making disavowals! 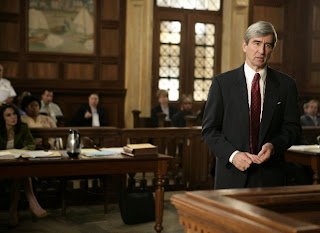 So, Mr. Devil's Advocate, not only have I been able to nail Mankiw on facts and logic, I had him all along pegged on motive as well.
Posted by CaptiousNut at 7:27 AM