Only Buy A Foreclosure 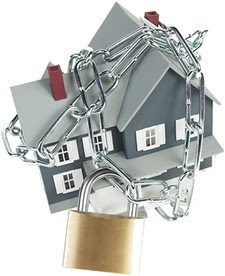 This past week I arrived at the conclusion that the first house I buy will in all likelihood be a foreclosure.

I have been frustrated these past 6-8 months or so watching NOTHING happen with the homes I am interested in buying. Sellers are stubbornly hanging tight and if they do drop the list prices, it's been in laughingly small increments like $10,000-$15,000.

I actually took some time off (2 months) from scanning the homes I have on my radar and got very upset yesterday when I re-checked them and saw them all still available, languishing at the same ridiculously high prices. I mean, I am seeing homes listed for sale for $1,000,000 that are barely worth 800k - and that's today with full employment and mortgage rates still in the low-mid 6% range. It's a joke.

Then it hit me that due to the types of affluent towns (with good schools!) that I am targeting, most, if not all, of the sellers are empty-nesters. They are people whose kids have moved out and are close to, if not retired themselves. Conceivably they already have a house on Cape Cod or in Florida in which they want to spend their dotage in. The problem is, these people ARE NOT distressed sellers. They likely have a negligible mortgage, if any at all.

Let me ask y'all a question - If you owned a stock for many years, made a lot of money in it, and you decided to sell it, how aggressive would you be?

They are all half-assed sellers who've made money by holding onto their homes. The concept of hitting a bid and getting out is simply incomprehensible. Sadly for the lot of them, they are just going to hemorrhage money for years by clinging to the 2005-level (psychological) values of their homes.

As I have told people in describing my failed attempts at buying a house this summer - I was always bidding 2008 housing prices while the sellers wanted 2005 prices.

Now I do have a connection that is apprising me of nearby foreclosure transactions. They are SUBSTANTIALLY lower than the normal sales through Coldwell Banker and they're of course way lower than the list prices of stubborn empty-nesters. Theoretically foreclosures, because of their urgency, sell below "fair value". I will concede that, but who the heck wants to pay fair value? And let's not forget that fair value is a dynamic variable. Those clowns who thought they got a "deal" in 2005, no matter who they are, are likely now very aware with how fleeting fair value can be. A savvy buyer understands that unforeseen risks abound ($150 oil, 10% mortgage rates, etc.) and therefore will only pay less than value for stuff. Remember, as a trader I used to buy on the bid - if not lower. Only amateurs (retail customers) paid the offer (asking price). Fair value is what someone is willing to pay TODAY; it's hardly a penny more.

Now for the good news. My distressed landlord confessed to me that he is thinking about foreclosing on the house I rent from him. The house has its flaws, shoddy construction chief among them, but in a foreclosure I bet I could buy it for 475k - a number that is very close to the 416k that I am effectively paying via $2,500 in monthly rent. If I bought the house I would gain the un-attached garage which is a fully furnished office (for me!) that also has plenty of space for a guest bedroom. I got extremely excited thinking about scoring this house for a pittance.

Of course it is still a pipe dream several big steps from actualization. Nonetheless, with over 2 million estimated foreclosures on the horizon, these are the types of opportunities that will soon be available to me - a first time buyer, sitting on a small pile of cash. 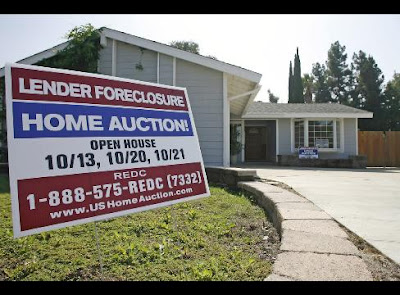 Actually I just saw an updated estimate of foreclosures at the 3 million house number.

I am partial to the highest estimates. As the housing market continues to deteriorate, and outstanding debt becomes so much larger than current market value, homeowners are increasingly just going to hand the keys over to the bank and walk away. Many will laugh (as my landlord is); some will hurl all the blame outward, likely at the mortgage lender/bank; and some will probably blame President Bush. Regardless, once the foreclosure ball gets rolling, it will become socially acceptable to quit on one's debt.

For a sub-population that has no homeowner equity and no cash, foreclosure isn't really a big deal.

One can't lose anything when they have nothing to begin with.
Posted by CaptiousNut at 11:10 AM

Hi C-Nut, Have a house for sale on Cape Cod (high price) but not bleeding money. I am getting about 27,000 a year in rent which more than covers my nut(bought in 1999). I get to depreciate and pay principle every month. I am locked in at 6%

You remind me of our own situation. We, too, (years ago) wanted to buy in a good school district.
The same rub: sellers in those areas are unlikely to be distressed (or "motivated" as the real estate ads say) and even if they are demand is high. (close to good schools etc)

I can only tell you what you already know: buy low, the bottom is not in sight!

There have been, are, and will be plenty of foreclosures in tony hoods but I suspect they don't come until much later in the cycle.

I love these media/real estate clowns that think much of the damage is already done. When Metro NY, Cambridge, Mass, and Silicon Valley drop, the aggregate $$ amounts of depreciation will make Florida's losses look like butt pimples.

Buy a fixer-upper, as is, or a foreclosure with FHA 203k loan and turn it into your dream home. For more details about 203k loan, visit www.cfs203k.com. CFS Mortgage and RenovationReady brings together more than 50 years of traditional and renovation lending know-how.