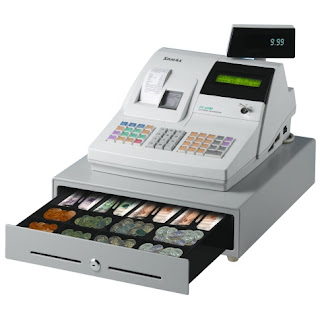 I had to ring the register today on my Wachovia short. Read this morning's catastrophic news. It was a very small trade but making 6 pts on a $30 number so quickly compelled me to cover and move on. I also covered my Capital One Financial short today and my latest Fannie Mae whack. I made 6.25 and 8.25 points respectively!

HSBC - short from $71 - a twelve point loser so far. I have added puts in April, May, and January on the way up. It's a foreign bank with lots of exposure to booming (read: "bubbly") China and Europe. If it didn't crater, it'd be the only large bank not to.

H&R Block - another short, trading at 20.44. I'm down about 1.5 points. They have a large, unrecognized exposure to mortgage junk - so the rumors allege. As I was typing this I decided to short some more.

Simon Property Group - short from $86, currently trading $96. It's been pretty darn annoying. I did buy some puts and I added a long position in SRS which is an "UltraShort Real Estate ETF" that has SPG as its largest component. I really need this sucker to start tanking. They lease commercial malls and whatnot. In this real estate meltdown, it's not a question of "if", but of "when".

Wells Fargo - still short Warren Buffet's chief bank holding. Trading at $27.25, right now I am up 3pts and doing even better on my October 30 puts.

But my best short has been First Federal Corp. I bought some pricey puts a month ago and since then the stock has dropped from $28 to $18. I am holding out for zero on this distressed, California mortgage lender. 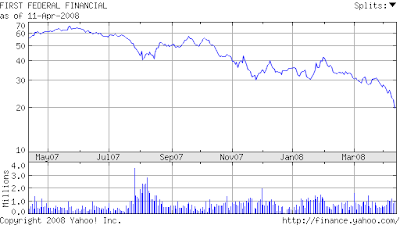 Now for my longs which....suck.

I added to my Google position essentially twice on its 350 point descent. I got out of my last buy for a small profit but still have some $508 stock. Presently that purchase is 50pts in the red.

Coeur d'Alene is still killing me, it's been hemorrhaging my cash for almost two years now. I am so glad I dumped my Newmont Mining ten points higher. What a POS these mining concerns are! They simply can't get the metals out of the ground.

Also, I unsuccessfully tried to bottom pick First Marblehead, the student lender. I bought at an average of around $7 and ended up dumping it at $4. I figured that I needed to be long at least one of these distressed financials as a hedge against my Armageddon-predicting portfolio of shorts. Luckily, it was a tiny, tiny trade.

Lastly, I did recently initiate a put position on Jones, Lang, LaSalle - a commercial real estate name. That's one of the next bubbles to pop painfully. 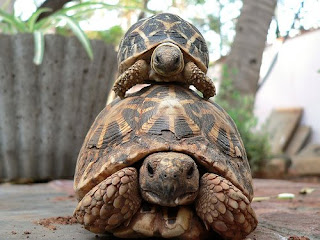 Remember I got my butt handed to me these past several months shorting long term Treasuries. Otherwise, I've been batting a high percentage with my recent trades. So piggyback away if you dare.
Posted by CaptiousNut at 4:28 PM